Realme just recently launched its Realme 5i budget smartphone in India last week. And now, its successor, Realme 6i already gets certified on Singapore’s IMDA (Infocomm Media Development Authority) ahead of its official release.

Unfortunately, the certification has not revealed anything about the Realme 6i except for its model number, which happens to be RMX2040. As Realme ‘i’ series of phones is associated with toned-down versions of its mid-rangers, the Realme 6i will be no different. That means, we can expect it to be similar to the unknown Realme 6 but with slightly inferior specs. The same handset has also been spotted on the EEC.

The year has just begun but Realme already has a lot of products in its sleeves. The company started its year by launching Realme 5i and also teased a fitness-oriented wearable (band or smartwatch) after the end of the Indian launch of the smartphone, which has also been certified by India’s BIS (Bureau of Indian Standards). Additionally, Realme C3 and Realme C3s have also been granted certifications in Singapore and Thailand a few weeks back. On top of that, the company has also revealed its plans to launch a number of IoT products and even a smart TV. 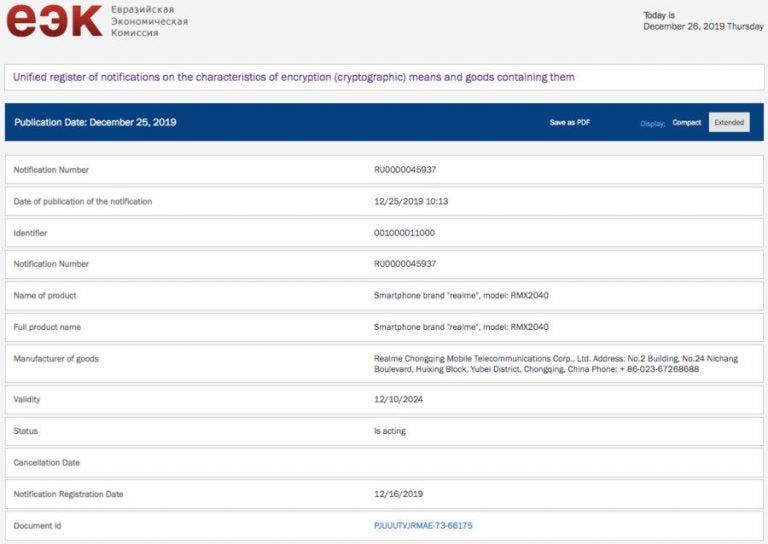 Realme has grown stupendously in the past year and going by the reports, leaks, and announcements by the brand, the success may continue in 2020 as well.

Previous OnePlus 8 gets certified in India as launch nears