OnePlus just unveiled its 120Hz refresh display technology yesterday and Concept One smartphone last week at CES 2020. And now, OnePlus 8, the company’s next flagship smartphone has been spotted on India’s BIS (Bureau of Indian Standards) certification portal hinting towards a nearing launch of the series in the country.

The Chinese smartphone maker OnePlus is expected to launch three smartphones in the first half of 2020, one of which will be the standard OnePlus 8. This variant of the device was earlier spotted in the database of China’s MIIT (Ministry of Industry and Information Technology) with model number IN2010. Now, the same device with a different model number of IN2011 gets certified for India’s BIS. Anyways, the certification has not revealed anything about the device, which is fine since we are somewhat aware of the design and specs it will come with. 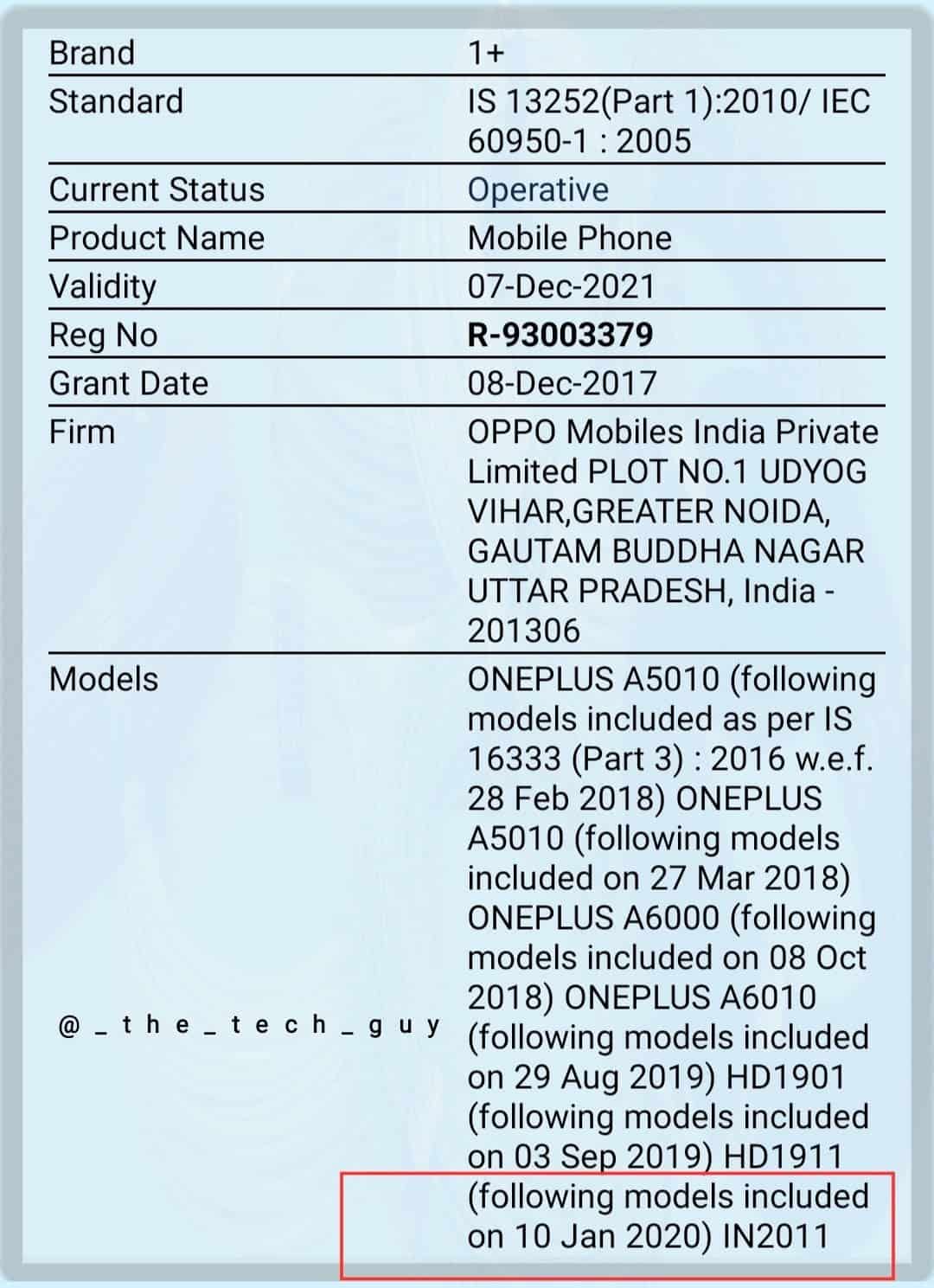 The first leak of OnePlus 8 series started last year soon after the launch of OnePlus 7T series. It was from @Onleaks and it revealed the design of the next generation OnePlus smartphones with punch hole displays in favour of dew-drop notches and pop-up cameras. Further, for the first time since OnePlus X, the company will be releasing a budget device named OnePlus 8 Lite. On top of that, as per the screen technology announced by the company yesterday, the OnePlus 8 Pro is expected to sport a QHD+ AMOLED display with 120Hz refresh rate and 240Hz touch sampling rate. The display will able to go up to 1000 nits of brightness and the device will also include a dedicated MEMC chip for smoother video playback.

The OnePlus 8 series, comprising of three devices, is expected to debut sometime in Q2 2020.

Next Realme 6i spotted on IMDA certification portal