Following the images of the camera module for the Huawei P40 right from the production line we saw some days back, today we have a new leak that instead gives us a first look at the entirety of the handset. 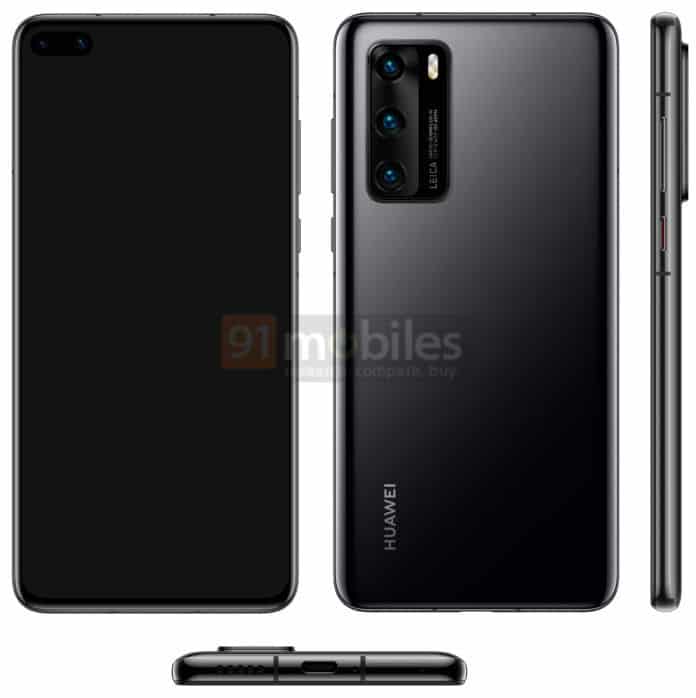 The leaked image come from 91Mobiles and according to them, these are renders shared by “industry sources”. So, basically, they should be considered as close to the real thing as it gets.

Either way, the picture appears to confirm the camera module we saw leaked a couple days back. In particular, we have rectangular camera module with a total of three cameras placed vertically in the upper left corner. Meanwhile on the right we find a dual LED flash and the Leica branding; which means cameras will probably use some glass from the German company.

According to the alleged render of the Huawei P40, the smartphone will then feature a dual punch-hole at the front for a pill-shaped selfie camera design.

There isn’t much else we can extrapolate from the image, aside from the presence of volume rocker and power button on the right side, an USB type-C port at the bottom and the lack of a 3.5mm audio jack.

Specs wise, Huawei’s next flagship is expected to pack a screen going from 6.1 to 6.2-inch of size. Meanwhile in the camera department we should find a Sony IMX686 primary camera with 64MP resolution; paired with a 20MP ultra wide angle and 12MP periscope lens. Said hardware will then be powered by the latest Huawei Kirin 990 5G CPU.

What do you guys think about this latest leak? Do you think this is what the P40 will look like? Let us know in the comments section below!