We all know that Sony isn’t getting the best out of its Xperia smartphones. However, the smartphone lineup still provides enough to just yearly announcements. The company has been keeping a low profile with Xperia 2020 smartphones, however, it finally broke the silence. We’ll know that next big thing for Xperia handsets on February 24. The company’s new smartphones will be revealed at MWC 2020.

According to the press invitation, the Japanese firm will announce its new handsets on February 24 at 8:30 CET and there’ going to be a Livestream too. According to the recent reports, the new Xperia flagship phone will be dubbed Xperia 5 Plus and it should come with Qualcomm’s Snapdragon 865 platform. 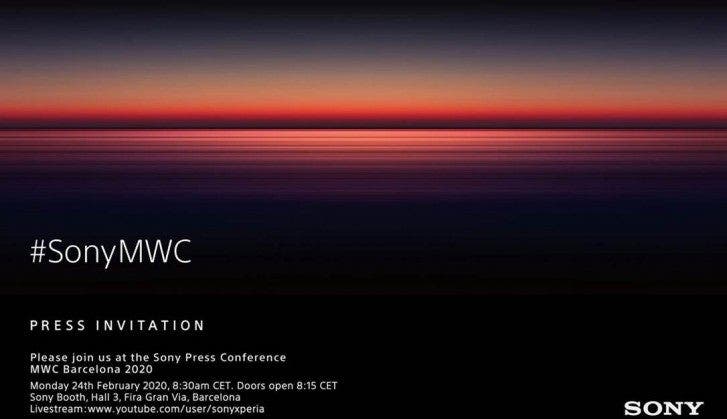 The company also plans to release a new mid-range smartphone built around the Snapdragon 765 platform. Back in the last month, rumors emerged about an Xperia 3, but there’s no evidence enough. For now, all we know is that Sony has at least two smartphones to release in the next month. The company has been simplifying its smartphone lineup, so it makes sense to provide just a flagship and a mid-range offering.

This year is particularly important for Sony with the release of its new PS5 gaming platform. Along with the cameras, the gaming division is currently one of the most successful Sony’s divisions. Since the last year, the company has been trying to re-organize its mobile division. Let’s see if this year, Sony Xperia 2020 smartphones will finally make again to the headlines.