With every day that passes, we get a little closer to the launch of the main mobile phones of the year. Among them, there is a special space for Samsung’s new top-of-the-range. We are talking about the Galaxy S20 and S20 Plus, which in 2020 will be joined by the S20 Ultra. This latter will come with larger screen size and better cameras among its main features.

Now the boys of XDA Developers have developed some dummy units of the 3 models which allow us to anticipate such interesting topics as the differences in size between the different mobiles, their design or how each one of them feels in the hand. In this video, we could see them comparing even with the current generation of flagships from the manufacturer.

The information to develop these 3D models comes from the hand of a manufacturer of covers that has provided the team of developers with the dimensions and final design of the 3 phones. 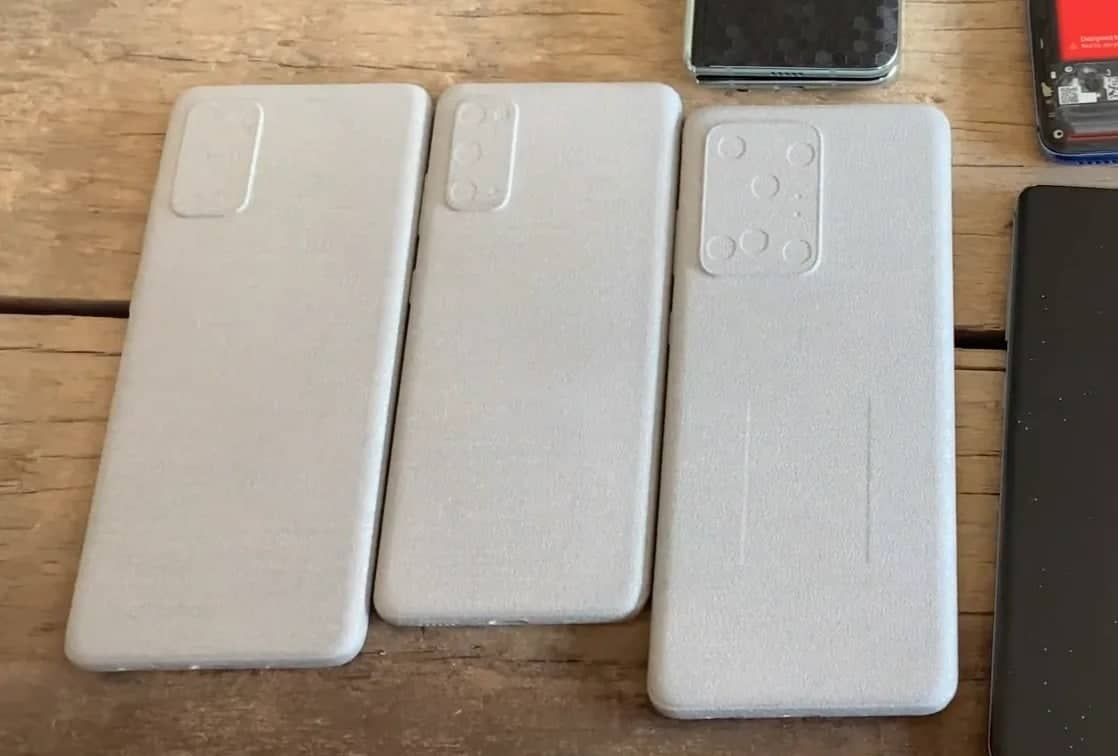 The smallest of the Galaxy S20 series is expected to reach stores with a screen that is 6.2 to 6.3 inches in size. It’s the smallest of the 3 units that appear in the clip. In the same way, this particular model would have 3 cameras in the rear part arranged inside a rectangular module. Comparing its size with that of the Samsung Galaxy S10, we see that they are practically identical.

The smaller bezels around the screen of the Galaxy S20, Galaxy S20+ and Galaxy S20 Ultra would have allowed the Korean company to maintain the overall dimensions of its current mobiles despite mounting slightly larger screens.

This year the Samsung Galaxy S20+ will be the intermediate model and, as seen in the video, it will be slightly larger than the current S10+. However, it doesn’t seem like a big difference considering that the future phone has a 6.7-inch screen and the S10+ has a 6.4-inch screen. To this is added a camera of 4 sensors, the same as those of the S20 but adding a ToF sensor.

As for the Galaxy S20 Ultra, it is only slightly higher than the Galaxy Note 10+ as these fictitious models show. But the more rounded edges should make it less difficult to handle than the Note 10+, which without a case became uncomfortable to grab normally.

This smartphone, in addition to presenting a 6.9-inch screen, would have the best camera of the 3 Samsung Galaxy S20 that the firm will present in the middle of next month. As the image shows, it would mount 5 different sensors attached to an LED flash inside a larger square module than that of its small brothers.

Previous Oneplus will use an invisible camera in future flagships

Next Huawei sold more than 240 million smartphones in 2019, a new record!