Chinese manufacturing giant, Xiaomi, has released the latest MIUI 11.0.1 stable update to Xiaomi Mi MIX 2S. The new stable version is based on Android 10. The update log indicates that some third-party applications are not compatible with the Android 10 system for the time being. At the same time, this update is an Android cross-version update. To reduce the risk of upgrading, users should back up personal data before upgrading. The update is designated MIUI V11.0.1.0 QDGCNXM and it weighs 2.1GB. 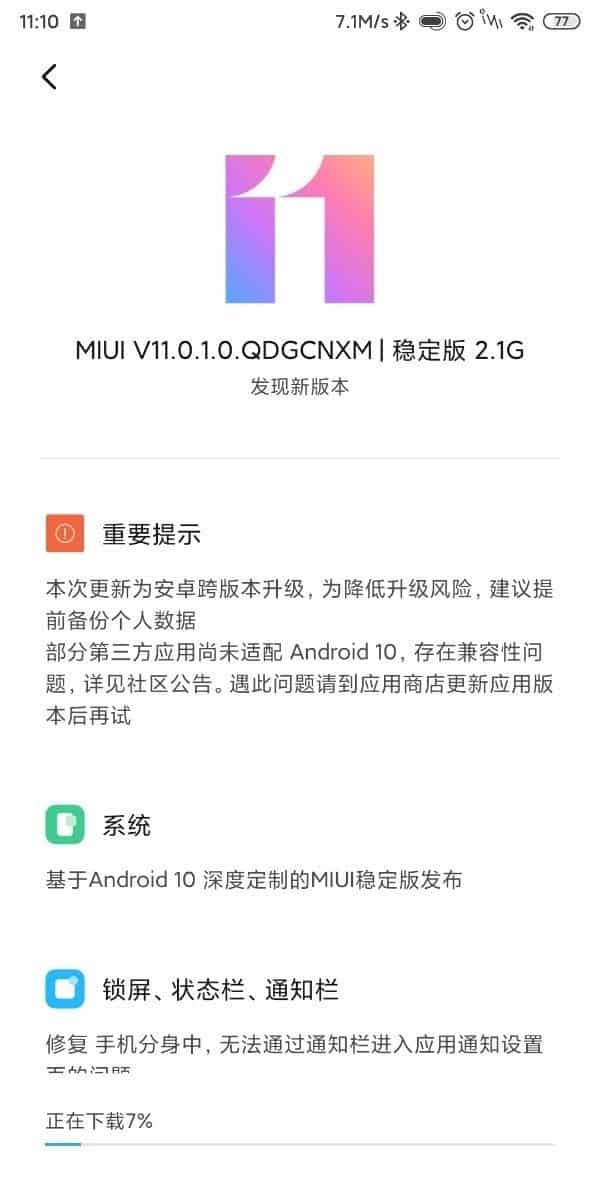 The Xiaomi Mi MIX 2S is the first flagship launched by Xiaomi in 2018. It uses a 5.99-inch notch-free display with a resolution of 2160 × 1080. The body is a quad-curved ceramic with a full texture. In the core configuration, the Xiaomi MIX 2S equipped with Qualcomm Snapdragon 845 mobile platform, coupled with LPDDR4X memory + UFS 2.1 flash memory. On the front, it has a 5MP camera while the rear uses a 12MP wide-angle (Sony IMX363) + 12MP telephoto dual camera which supports four-axis optics Anti-shake. It comes with a 3400 mAh battery and supports wireless charging.

Now that the Xiaomi Mi MIX 2S is receiving the new MIUI 11 based on Android 10, the efficiency has been further improved. The new MIUI 11 supports cross-platform high-speed file transfer, and it is faster and more convenient to transfer photos, files and even applications between mobile phones. In addition, MIUI 11 supports all-around screencasting. The mobile phone is your pager, word processor and laser pointer. It supports more than 300 TVs, documents, videos, games, and applications.

Next Oneplus will use an invisible camera in future flagships