South Korean manufacturing giant, Samsung, is one of few manufacturers that currently have a foldable phone. In a recent video, there were suggestions that its second-generation foldable phone, Samsung Galaxy Z Flip and Galaxy S20 series will officially arrive on February 11. Recently, a new promotional poster of this device hit the web. From the Weibo user, Samsung’s folding screen new device uses a unique dual-fold design. This makes the device more complicated than the first generation. The poster also has the name “Galaxy Z”, but there is no other information. 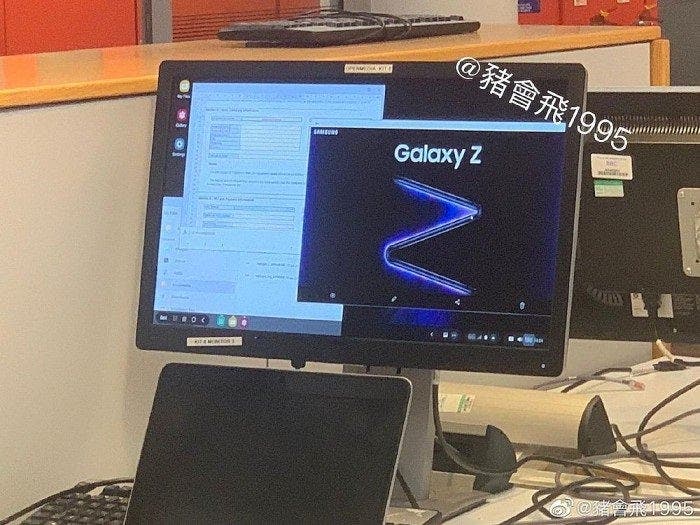 However, from the appearance of this device, it is very similar to the dual-foldable phone that TCL has shown. When fully unfolded, it is a 10-inch tablet with a rear four-camera configuration. This device can also be folded in a “Z” shape as in Samsung posters.

As for the information heard about the Samsung Galaxy Z Flip foldable phone, it will be released together with the Samsung Galaxy S20 series flagship phones. Some users have been thinking this is not a good decision because this may cause the S20 to stay in the shadow of the Z Flip. Moreover, there is a possibility for the opposite. We mean the Galaxy Z Flip may be overshadowed by the original S series handsets.

According to Korean media reports, industry insiders reported that the price of the Samsung Galaxy Z Flip foldable phone will range from 1 million won (about $861) to 1.5 million won (about $1292). Anyways, as we are dealing with the world’s second flip-form handset, it’s quite interesting to watch the battle with the Motorola RAZR. The latter costs $1,500. So if the pricing information above is true, the Samsung model will be much cheaper.

As for the configuration information of the smartphone, we know only a couple of things for sure. Say, the Samsung Galaxy Z Flip will sport a 3300mAh battery and supports 15W fast charge. Under the hood, it will sport Qualcomm’s current flagship mobile platform. Other specs should be leaked/announced in the coming months.