Xiaomi is already making the final preparations before presenting its next high-end smartphones, the Xiaomi Mi 10 Pro and Mi 10. Rumors and leaks about the new devices have arrived in great volume, revealing many of the details.

Now, after the already leaked images, we have access to what appears to be the first real images of the smartphone. It remains possible that the new images have been digitally altered. But these appear to be much more credible than the previous ones.

Recently, a poster image has revealed the date of presentation (February 11) of the smartphone, as well as the design of its rear panel. In that image, the Xiaomi Mi 10 featured a back panel inspired by the Mi MIX Alpha, but it looks like it might not happen after all.

According to the new hands-on images, the flagship phone seems to have a much more traditional rear panel. It has four cameras oriented vertically in the upper left corner. Three sensors will be in the same module, the fourth one being separate, followed by the LED flash.

With regard to its screen, it has a pleasant curvature at its edges. In addition, the pop-up camera has been replaced by the popular punch-hole.

In addition to its design, these new photographs also introduced us to the charger that should be included in its box. Quite clearly, the charger comes with the indication to support charging up to 65W, thus offering speeds well above average. 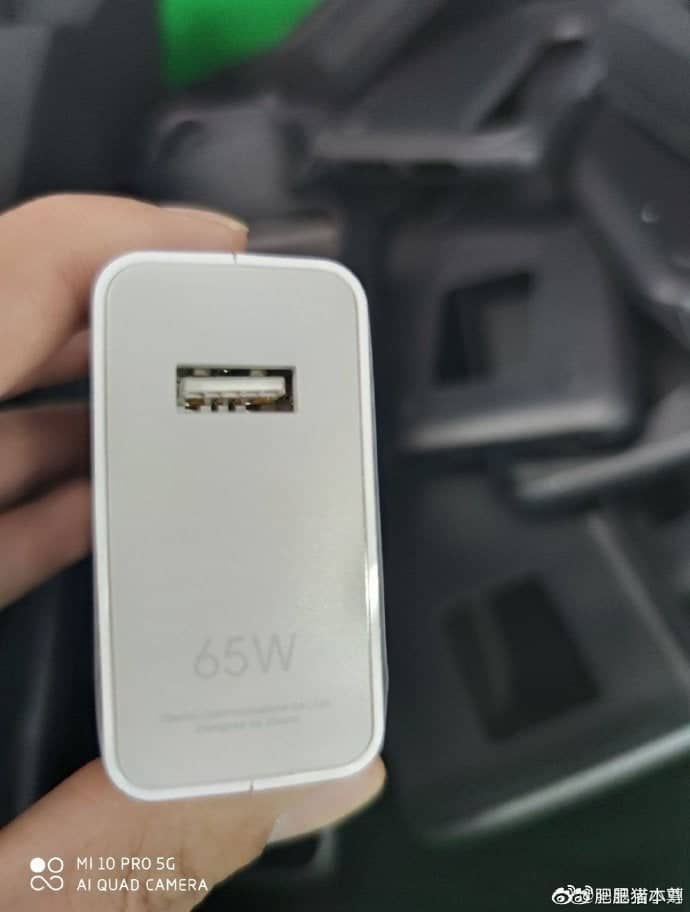 Although it has not been confirmed in this recent leak, everything indicates that the Xiaomi Mi 10 Pro will also arrive with fast wireless charging. With regard to its battery, it is expected to have a capacity of at least 4,500mAh.