The Pocophone F1 has been enjoying MIUI 11 stable for months. Xiaomi was responsible for launching the OTA update for this device worldwide. Of course, this version of MIUI 11 was not based on Android 10, but on Android 9 Pie. This means that users of the Pocophone F1 have been waiting for stable Android 10 for several months. Today we have very good news for them, because this update is coming. XDA has been the medium in charge of warning about this milestone.

XDA ensures that this update is reaching beta users of this device, something that usually happens whenever a new update is deployed, whether beta or not. The first users to receive it are those who were previously in beta, to verify that everything works correctly in a number of controlled users. So far so good.

Android 10 for the Pocophone F1 is coming 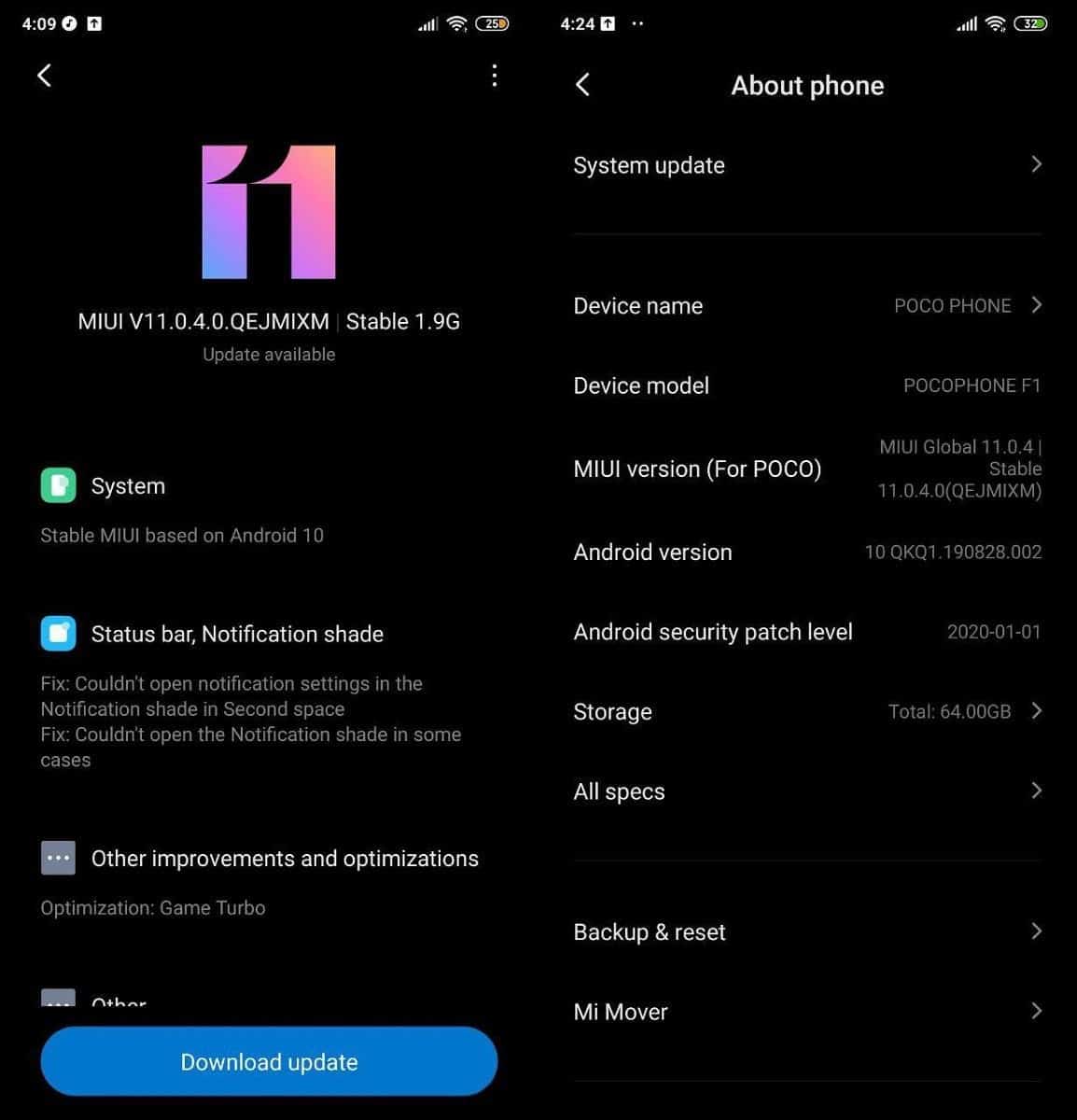 XDA ensures that the update is available only for beta users, but it is a matter of time that all users with this device can enjoy Android 10 stable.

It is worth to mention that in recent days, POCO has become the center of attention. The company announced its separation from Xiaomi and now they are independent brands. This is something it has used to keep talking about its next release. There are several open fronts related to POCO and its 2020 devices. Some leaks say there will be three phones, others bet on only two and there are also those who bet on a single high-end. Now, we have interesting news from an Indian agency that is increasingly clarifying the company’s strategy. There is less and less doubt about the name change from Redmi K30 to Pocophone F2 or F2 Lite.

The Pocophone device has appeared in the Bureau of Indian Standards (BIS). It has done so without revealing its commercial name, but with a fairly revealing model number. That number is M1912G7BI. It is difficult to get information from a phone by this number, but not when it is almost identical to that of another device.

The model numbers of the Redmi K30 4G are the following: M1912G7BE and M1912G7BC. Exactly, just change the last letter of the number, nothing more. In this industry this is no accident, so we can almost confirm that one of the mobiles that POCO launches in 2020 will be almost identical to the Redmi K30 4G.

Next Ren Zhengfei: The US should be proud - Huawei learned from it