Samsung’s Galaxy A-series was quite a hit in 2019, and now the brand is working out to carry the momentum in 2020 with its new mid-range devices. We already have the Galaxy A51 and A71 out in the wild, however, there are many more devices to come. On a side note, the company is also working in several new devices to succeed in the very succesful M-series which is an “entry-level” category of Galaxy smartphones. Back to the point of Galaxy A-series, Samsung is working on new affordable offerings in the form of Galaxy A31 and A41. We’ve heard close to nothing about these two devices so far, but a new leak surfaced to bring them to the headlines.

The Galaxy A31 is expected to debut with a 48MP main camera alongside a 5MP macro shooter. It represents a noticeable upgrade from the A30’s 16MP + 5MP camera combo. Things are even more exciting with a 5,000mAh battery. The Galaxy A41 will also offer a 48MP main shooter leading a triple-camera combo. Unfortunately, there are no details about the other two sensors. When it comes to the front-facing snapper, we are expecting a 25MP snapper. Unfortunately, we have no clue if these smartphones will feature a waterdrop notch or a punch-hole solution. 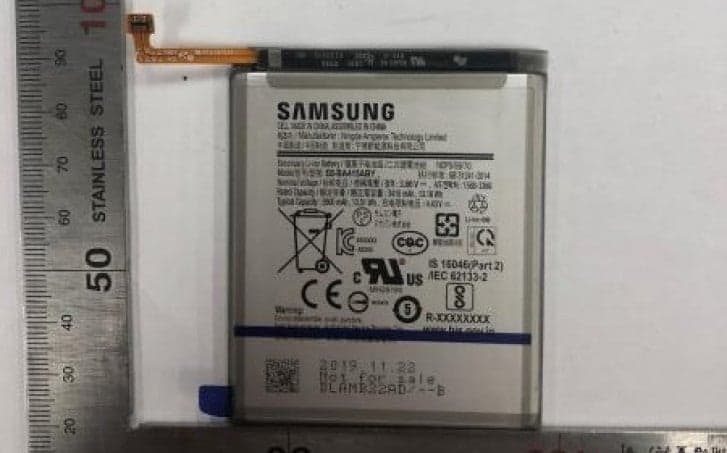 Thanks to a leaked picture of the Galaxy A41’s battery, we also know the exact capacity of the upcoming device. We have to say that the amount of 3,500mAh isn’t impressive for a mid-range smartphone nowadays. According to rumors, the handset will charge via 15W fast-charging. The same speed of the A40.

Other rumors indicate that both handsets will come with 64GB base storage. That means that we’ll probably have high-end units with 128GB storage if you pay more. Both of them will also come with microSD card support, something that is very traditional among Samsung handsets. Under the hood, both smartphones should boast an Exynos chipset accompanied by, at least, 4GB of RAM for multitasking purposes.

Unfortunately, there are clues pointing to the potential release dates for the A31 and A41. We’ll keep you updated with more details once they start to come.