Just like the previous year, Samsung has a plethora of mid-range smartphones up in its sleeves for this year as well. We are already aware that the company is working on three devices namely Galaxy M31, Galaxy M11 and Galaxy A11. 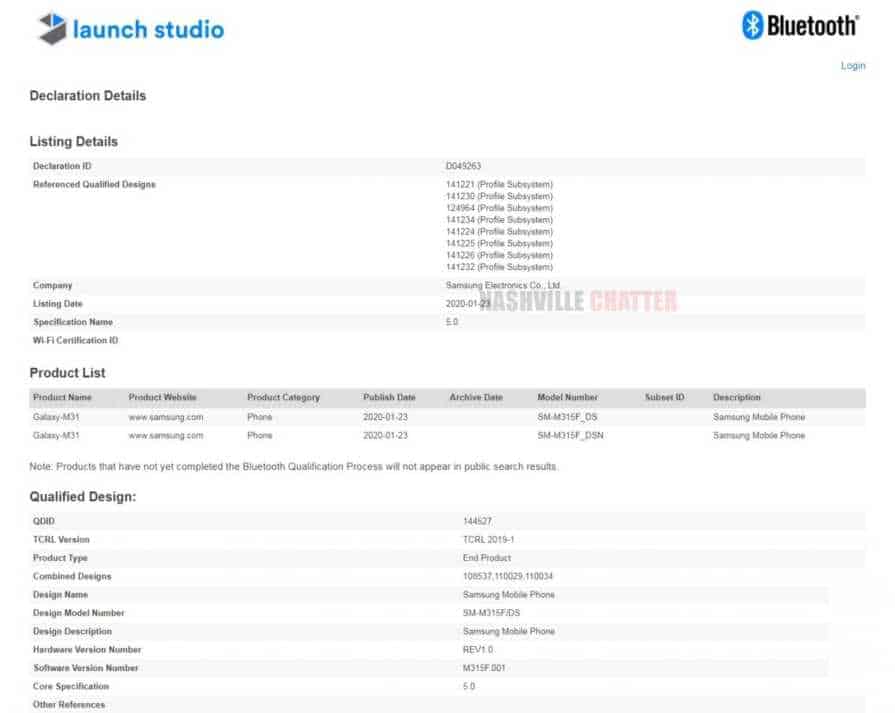 Like any other listing, this one too has shared with us key information on the device. As expected, the Galaxy M31 is spotted running the Android 10 operating system. Furthermore, the device will support dual-band WiFi i.e. 2.4Ghz and 5Ghz. Lastly, we will see the latest Bluetooth 5.0 module packed inside the smartphone.

Coming to the expected launch timeline, we might see the device getting its official unveiling by the end of this month or early February. Since the device has now made its way to the Bluetooth SIG listing, there is a high chance that it can launch within the previously mentioned timeline. To recall, various previous reports also suggest a February launch for the device.

Talking about the pricing, we don’t have any solid information as of now. We might see more details coming forward in the coming days.

The Galaxy M31 might feature the Snapdragon 665 SoC paired with 6GB of RAM and 64GB of onboard memory. On the contrary, we might instead see the Exynos 9611 chipset packed inside. We might also see a quad-camera module at the back with a 48MP primary sensor. Apart from this, there is going to be an ultrawide lens, a macro sensor and a sensor to capture the depth of field.