According to a recent document from the US Federal Communications Commission (FCC), the Realme C3 now has its certification. The recent listing does not have many details. However, the certification means that this smartphone is arriving soon. The Realme C3 will come with ColorOS 7 on top of Android 10. In addition, FCC’s image shows that this smartphone will have a rear fingerprint sensor. This device feels more like an entry-level smartphone. 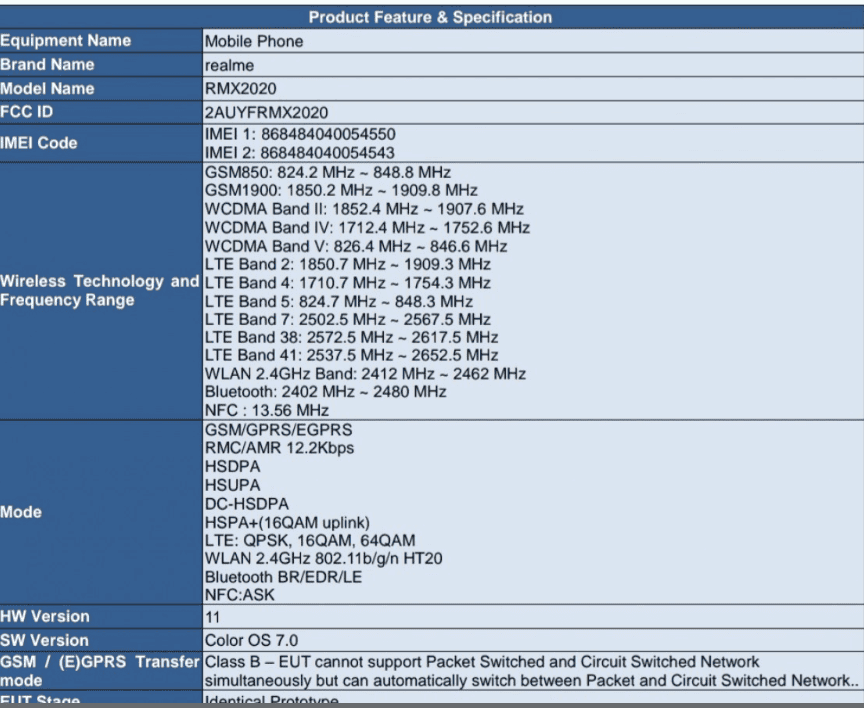 Last year, three months after the release of the Realme C2, the company announced the sale of more than one million units. The Realme C2 uses a MediaTek P22 processor with 2GB RAM and 16GB Storage. It also has a 3GB + 32GB combination. On the front, there is a 6.1-inch waterdrop screen (the screen has an aspect ratio of 19.5:9 and a screen ratio of 89.35%) and a 5-megapixel front-facing camera. The rear uses a horizontal dual camera (13MP +2MP). The battery capacity is 4000 mAh and it runs the Android 9 Pie operating system. As for the Realme C3, the exact configuration is not entirely clear for now. What do you think about this smartphone? Do well to let us know your thoughts in the comment below

Previous Samsung to launch two foldable smartphones by this summer