Apple posted a record-breaking fiscal Q1 for 2020 with revenue of $91.8 billion. Simply put, there are more Apple devices than ever are in the hands of customers. According to the latest data provided by Apple on its App Store support site for developers today, iOS 13 has been installed on 77%. The new version of Apple’s mobile operating system is available for the iPhones released in the past four years. Moreover, the same report shows that 17% of iPhone devices continue to run iOS 12, while devices running older versions of iOS account for 6%. 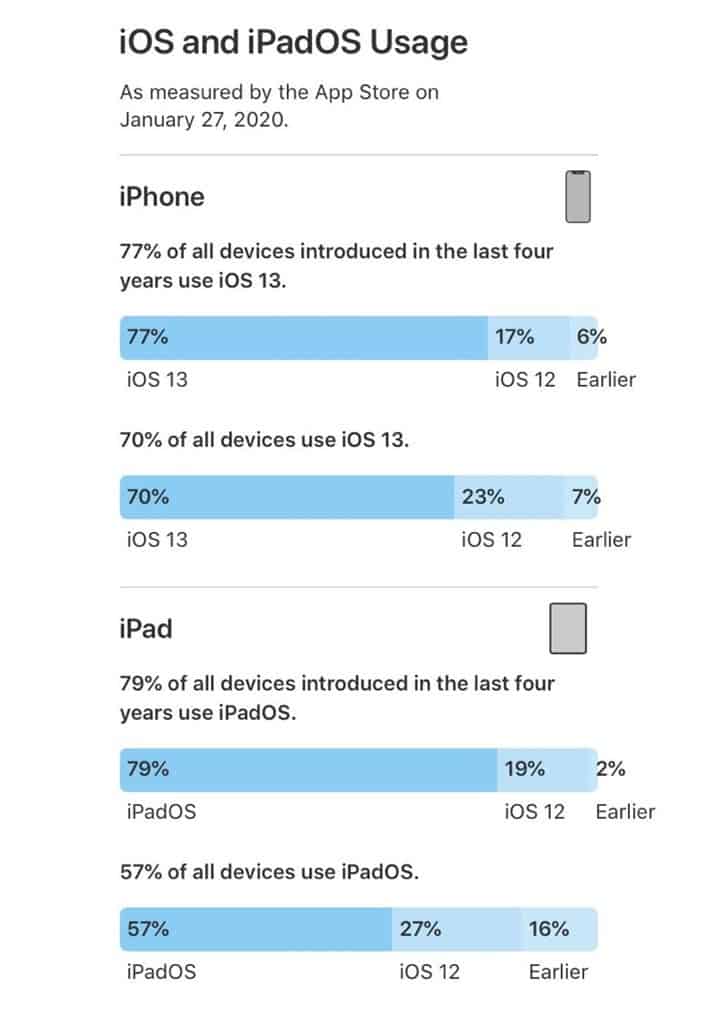 From the same report, we also learn that 79% of all iPads launched in the last four years are running iPadOS 13. Apart from this, 19% of the iPads are running iOS 12, and 2% are running earlier versions of iOS.

When it comes to all iPads (including older models), 57% of users run iPadOS, 27% of them run iOS 12, and 16% of users run older versions of iOS. This shows that there are still a large number of old iPads that are still in use. Thus, people often don’t update iPads like iPhones.

Last time, Apple shared iOS update data in October last year. At that time, it announced that 55% of all iOS devices released in the past four years were running ‘iOS 13’ and 50% of all iOS devices were updated. The number of iOS 13 updates installed has grown significantly over the past three months.

In comparison, from the data released in early January 2019, 78% of the devices released in the past four years had iOS 12 installed.