Motorola has a big event scheduled for February 23 towards MWC 2020. There, the company will reveal at least four new smartphones. Details have surfaced in the past couple of weeks that allowed us to gather information about four specific devices – Moto G8, G8 Power, Moto EDGE+ and a new Moto G Stylus. The former has been called Moto EDGE+, however, according to the reliable Evan Blass, the device will debut as Moto G Stylus and it’s a mid-range.

Rumors have been suggesting that Motorola will release a new flagship under the Moto EDGE+ moniker with Snapdragon 865 and up to 12GB of RAM. Moreover, it will ship with a punch-hole camera. That’s something that it has in common with the G Stylus, but that’s just it. If you’re interested in the mid-range Moto G Stylus, a couple of live photos leaked today showing the handset in all its glory. 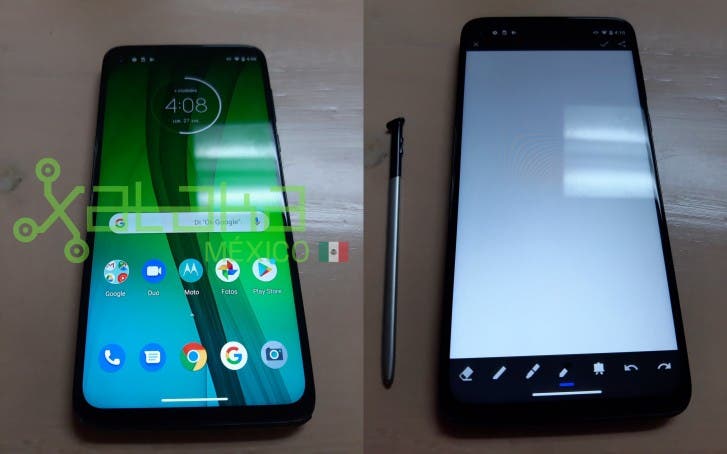 The handset comes with larger sides and chin while the top is slim thanks to the absence of a notch. We can also sport the left-aligned punch hole that will serve as a house for the selfie shooter. In the right image, we can spot the stylus and what seems to be an application for draws and notes. We have to say, that this stylus seems to be a little pointless if there’s no interesting feature to justify its existence. It seems to be just a basic stylus for those who like using phones with it. Worth mentioning that this leak comes with a red flag – in one of the images, we can also see a prompt that reads “Finish configuring your Moto G7”. While this may be a little alarming, it could just be due to the pre-production software on the device. 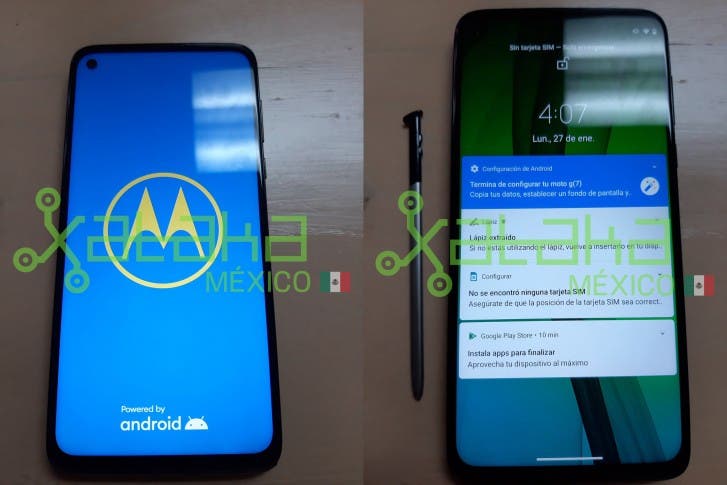 The Moto G Stylus bears “Sofia+” codename and has XT2043-4 model number. The Moto G Stylus will ship with a 6.36-inch FHD+ display with a waterdrop notch for its 25MP selfie cam. The back features a Quad-Camera array with a 48MP main shooter. 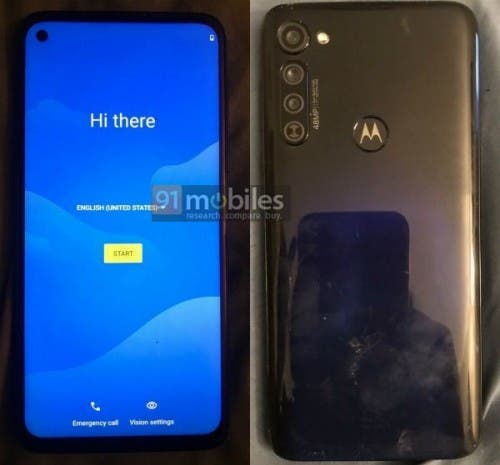 Under the hood, the handset will boast the Snapdragon 665 SoC, which may be a little old at this point. The chipset comes alongside 4G of RAM and 64GB of expandable internal storage. Battery wise, rumors indicate a decent 5,0000mAh battery with at least 18W fast-charging. The software will run Android 10 with a very subtle Motorola’s makeover.