A new Samsung patent has been discovered. It presents a design for a smartphone whose upper and lower edges are rounded. The trick is that there are three screens, two of which are in an arc. These display virtual buttons that adapt as needed. It’s a bit like the secondary screen of the LG V20.

How to change the rectangular design of smartphones? Since the iPhone, manufacturers have done very little to change the format of these phones. Of course, there have been some attempts, often unsuccessful, with square or elongated formats. However, the recipe remains the same. And it wasn’t until 2019 that a real new trend emerged thanks to flexible screens that offer new possibilities in terms of design. The Galaxy Fold, the Mate X and the new Razr are three good examples. 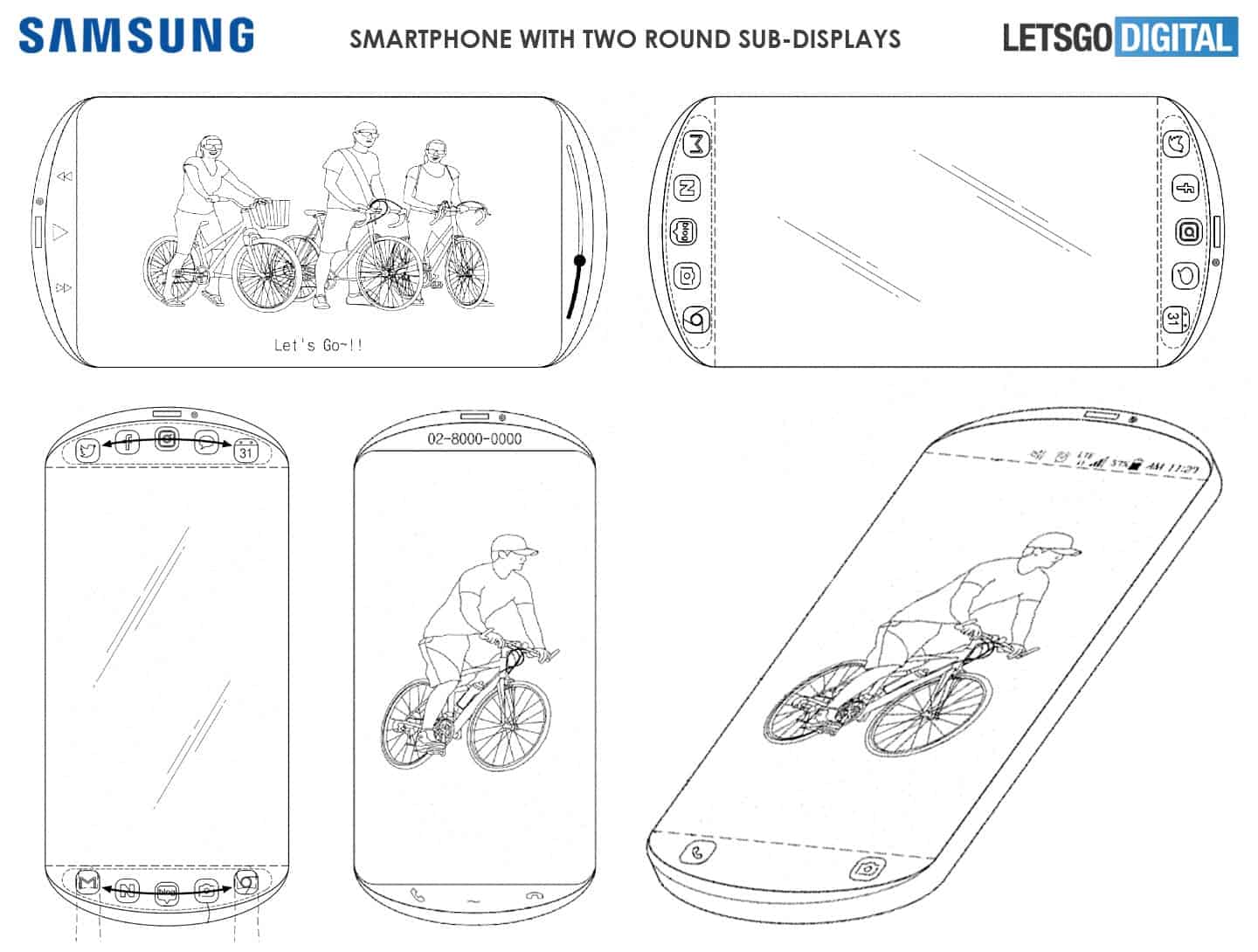 Samsung is certainly the company most engaged in this search for new designs and new ergonomics (even if all manufacturers have their ideas). Here is a proof. The photos accompanying this article were published by our Dutch colleagues from Let’s Go Digital. It was produced from a patent filed in 2019 by the Korean firm with the USPTO (the intellectual property management body in the United States) which validated it on January 23, 2020. Note that this patent was then deposited with the equivalent international organization (WIPO).

The front of this smartphone is interesting for two reasons. The first is the shape of the upper and lower slices. They are in an arc. And yet, the touch screen seems to follow the curves as if nothing had happened. So far, screens can be rounded, but only in the corners. The sides remain straight. Note that screen designers, such as LG Display or Samsung Display have presented prototypes whose edges are not straight. 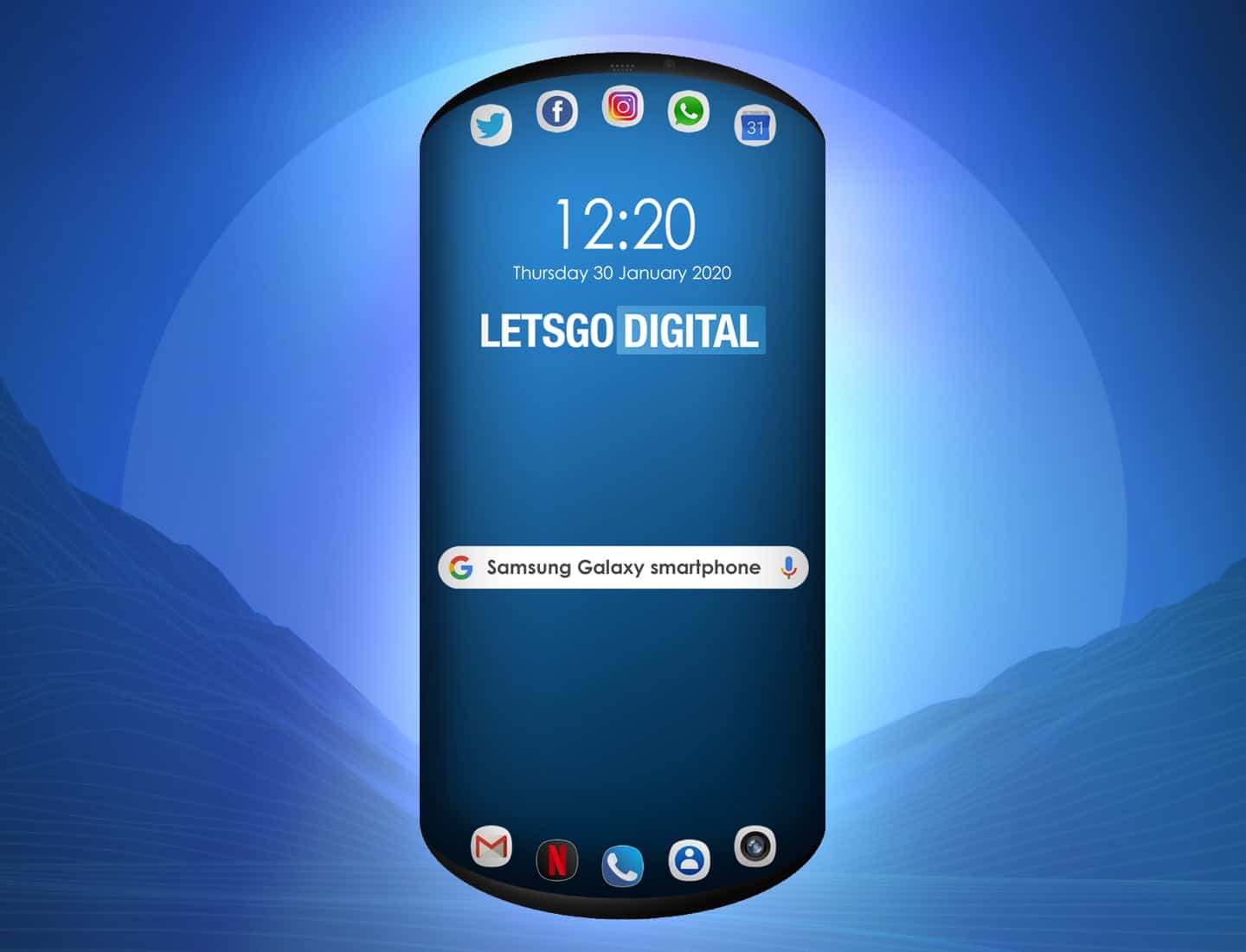 To achieve such a result. Samsung has a trick: the panel is cut into three parts. The central part is rectangular, a classic screen. Then, at the top and bottom of this screen are two other small rounded screens. These three screens work together, but do not have the same function. If the main panel offers classic functionality, the other two screens are intended to display notifications, virtual keys and contextual shortcuts according to the needs and applications displayed. A use that reminds us of course of the secondary screens of old LG flagships, such as the V20. A very nice idea. It remains to be seen if Samsung will use it.

Previous PS5: Sony asks PlayStation players if Remote Play on Switch would be a good idea