When we talk about the characteristics of a phone, many times we focus too much on the processor model. In addition to the amount of RAM or the cameras that have the device in question. Obviously there is much beyond that. There are other important features and one of them is the type of storage.

What differentiates the storage of the phones is their technology since it is not the same as eMMC, UFS 2.1 or UFS 3.0. It is similar to hard drives on a computer. They can be HDD, SSD or NVMe and in all of them, there are huge speed differences. Well, on mobile, we have different types of storage and recently we see how UFS 3.1 storage has been officially presented and you will want to have it on your phone.

Last year we saw how the first phones with UFS 3.0 storage were presented, such as the Samsung Galaxy Fold or the OnePlus 7 and 7 Pro. This feature has been spreading among the highest range in the market, for example, the Samsung Galaxy Note 10 also has it. The point is that there are many high-end phones that have preferred to bet on UFS 2.1 storage. The latter as we can guess by name, is slower, but much cheaper. This storage reaches almost 1,500 MB/s, but has now been improved. 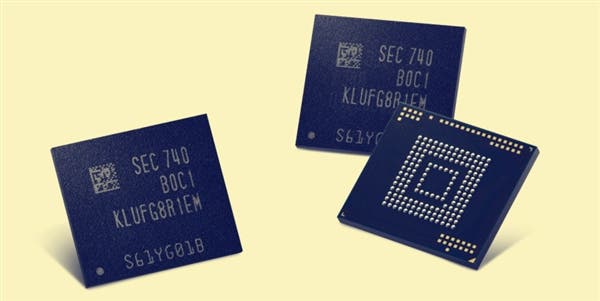 The point is that the exact numbers have not been shared, but the new version, UFS 3.1, would have improved its speed compared to the previous version (yes, even more). But more important perhaps, also reducing its battery consumption. The only thing we can expect from this UFS 3.1 storage is that it can be compared with the NVMe of computers since it uses fairly similar technology. Therefore, we could be talking about speeds close to 2 GB/s.

Why is storage important and how can I measure it?

At this point, you may be wondering why you should give so much importance to the storage of a phone (and not to have many GB). The point is that everything is stored inside, from the operating system itself, to our applications and files. Therefore, the faster the storage speed, the faster the entire system will move. This is even if we don’t have the best processor of the moment.

This does not mean that games will move better or take less time to render a video. Simply, loading times are greatly improved. For example, the mid-range is between 350 and 500 MB/s of reading speed. But in the high range, as we have said, we reach 1,500 MB/s practically and that makes a big difference.

You can know the speed of your storage yourself. To do this, you just have to pass a small storage benchmark, which is called AndroBench (link). Do not hesitate to share your results through the comment box below.