Nubia is gearing up to unveil a new gaming smartphone dubbed Red Magic 5G. We already know that it will be a monster with the Snapdragon 865 SoC. The Nubia Red Magic 5G will boast a high-resolution display with a 144Hz refresh rate and dual-mode 5G connectivity. Now, the impressive list of specifications is getting expanded thanks to a very special contribution. The brand’s CEO Ni Fei confirmed that all versions of the new gaming smartphone will come with Samsung LPDDR5 RAM chips as standard. 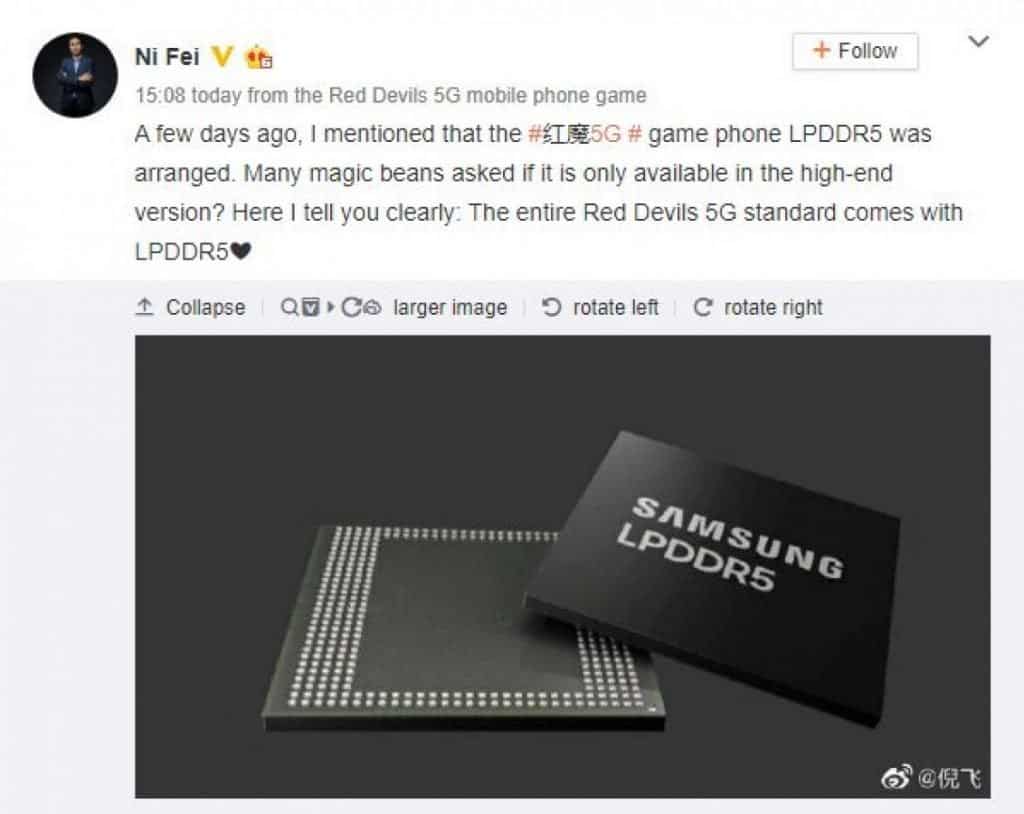 The confirmation was given by the executive through his own Weibo account and already made the buzz among enthusiasts of gaming smartphones. Overall LPDDR5 technology has a data rate of 5,500 megabits per second (Mb/s), the 12GB LPDDR5 module is approximately 1.3 times faster than previous mobile memory – LPDDR4X with its 4255 Mb/s rate. However, Samsung states that its LPDDR5 modules can offer a 50% improvement in performance over LPDDR4X. It can reach a peak of 6400 Mb/s transfer rate.

Apparently, the CEO is very excited about the new smartphone and keeps revealing everything about it. Fei confirmed that the Nubia Red Magic 5G will come with up to 16GB RAM. Yeah, that’s right whopping 16GB of RAM in a smartphone! It is a monster when it comes to multitasking capabilities. The smartphone will also include a physical fan to keep everything cool during long gaming sessions and fast-charging cycles.