Despite the fact that before the official release of Android 11 there are still many months left, there is no doubt that Google is actively working on a new version of its mobile operating system. The first confirmation of this is a live photo of a Google Pixel 2 XL, on the screen of which the settings menu with the version of Android, indicated by the letter “R”, is open. 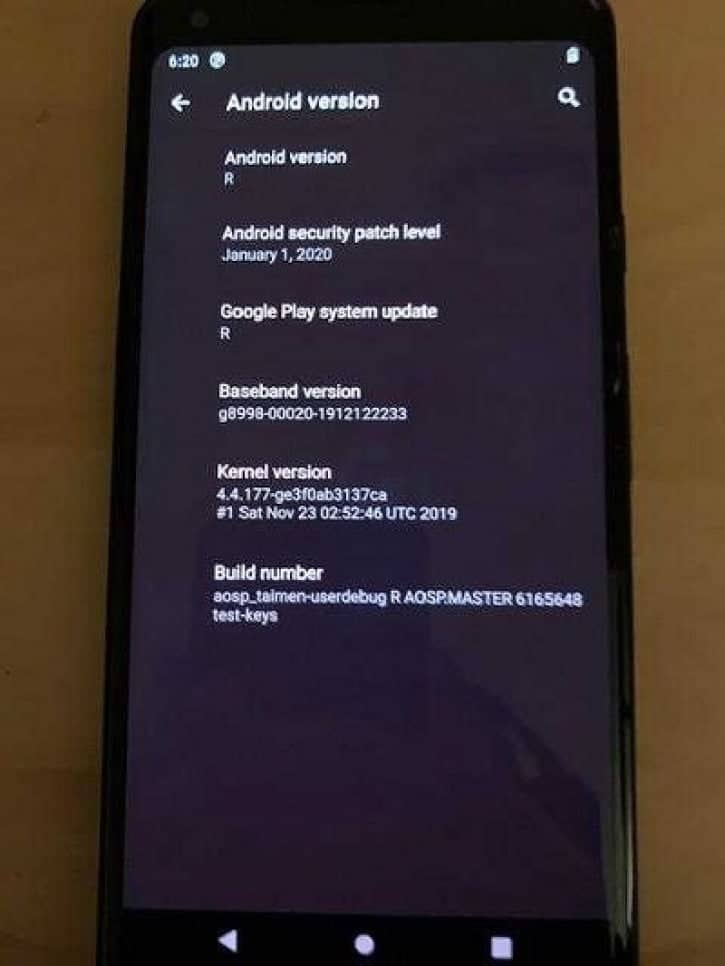 Most likely, this is one of the first test firmware distributed among developers to study and search for bugs. The participation of the Pixel 2 XL in testing may hint that the Pixel 2 line, released more than 2 years ago, is likely to receive an update to Android 11. Traditionally, the search giant will release beta versions of the OS for developers in March. And the public announcement will be in the spring as part of the I/O conference. This year, it will be held from May 12 to 14.

Among the upcoming features of Android 11; According to media reports, Google will likely expunge the 4GB file size limit in the latest upcoming version of the OS. This means that Android devices will be able to take a single recording file larger than 4GB.

In 2014, Google set a limit of 4GB for MediaMuxer and MPEG4 riter in Android for syndicating videos and assisting storage as MP4 files. At that time SD cards were still popular and most mobile phones did not support 4K video recording. If the video exceeds 4GB, it will be split into multiple files. Of course, if you do not check the video file, you will not notice it. Splitting the video file into multiple files is not conducive to processing and uploading of the video.

Actually, the maximum file size varies depending on the manufacturer. A recording with the Google Pixel 4 4K video was split up into a maximum of 3.7GB files. Also, a 4K recording with the Xiaomi Mi 9SE only accepted 2.53GB before the split. So, removing the 4GB limit on a single file has become an issue that consumers can’t wait to solve.

Next Motorola RAZR: its hinge breaks after being folded 27,000 times