After announcing that the ZTE Axon 10s Pro would be featuring LPDDR5 RAM just yesterday, the Chinese phone maker went ahead and officially launched the device today.

ZTE’s Axon 10s Pro is the first ever smartphone to pack the latest Qualcomm Snapdragon 865 flagship SoC. Which is also probably why they hurried up to put it up on the website. That said, we still have no release date or pricing for the handset; thus no real proof it’ll actually be the first Snapdragon 865-equipped smartphone in the hands of customers.

Along with the new and powerful CPU, the Axon 10s Pro will also pack the previously mentioned LPDDR5 RAM (up to 12GB). This technology should bring twice as fast read and write speeds, double the bandwidth, while also reducing power consumption significantly. Storage wise the device will adopt UFS 3.0 memory (up to 256GB), which is quite fast but won’t be as quick as the recently announced UFS 3.1. 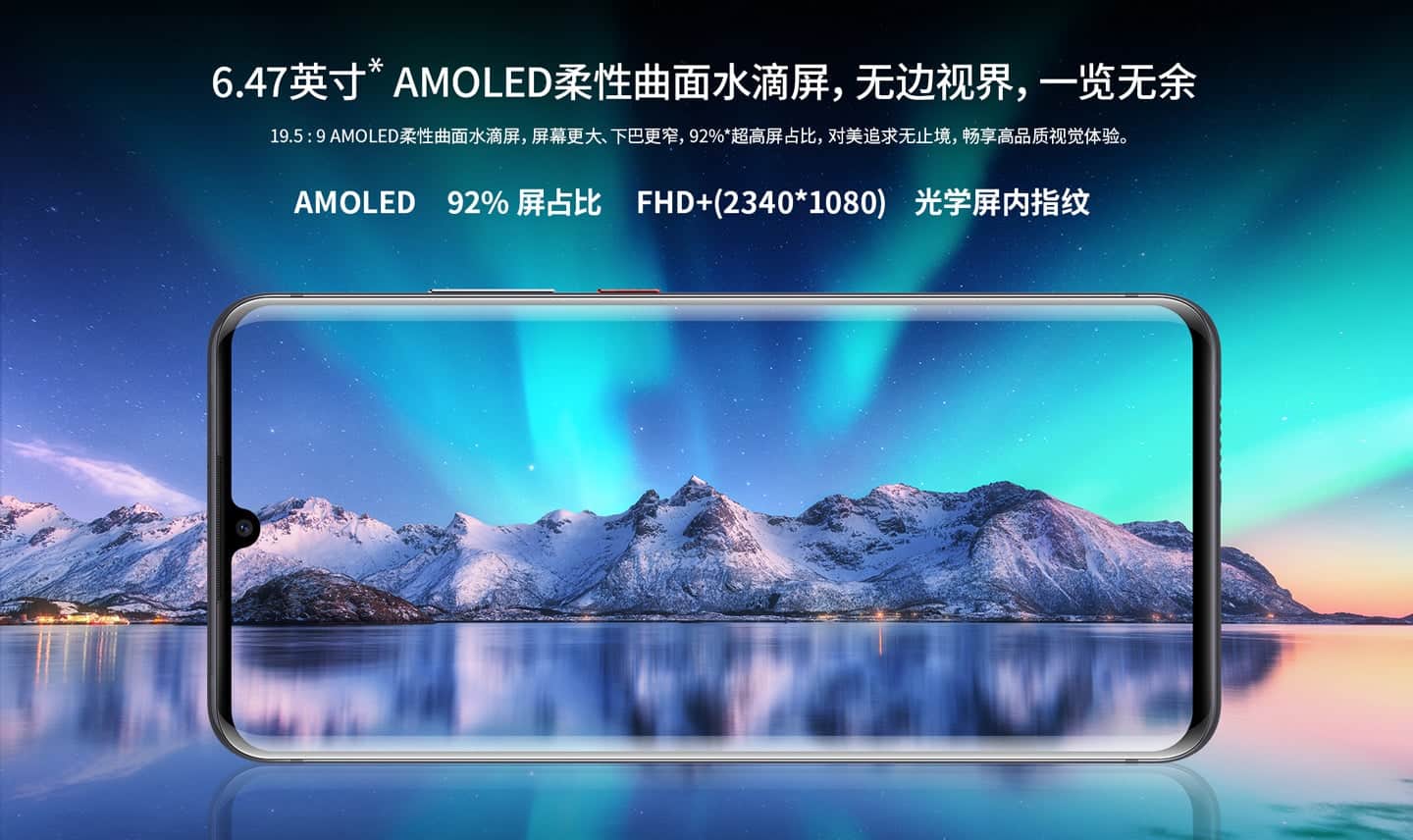 Additionally, the ZTE phone will feature Wi-Fi 6 (802.11ax Wi-Fi); a new standard that mainly uses OFDMA, MU-MIMO and other technologies, for a maximum rate of 9.6Gbps. Wi-Fi 6 also reduces the time required to keep the antenna powered to transmit and search for signals; thus greatly reducing battery consumption and improving battery life.

As far as other specs are concerned, on the website we learn that the smartphone boasts a large 6.47-inch AMOLED flexible curved display with a waterdrop notch. With resolution topping at 2340 × 1080 and no info about refresh rate; so it’s probably 60Hz. 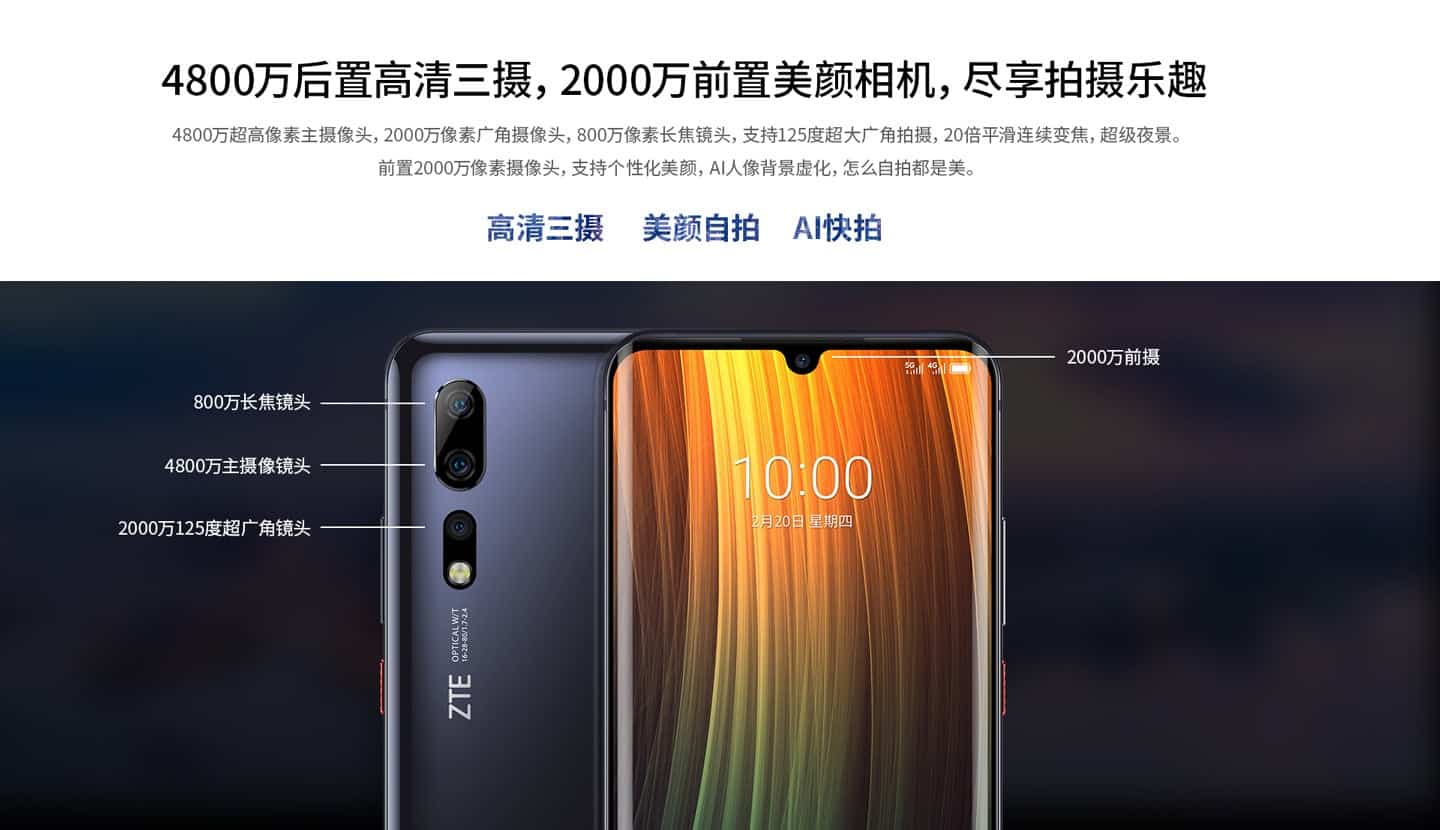 In the camera department, the ZTE Axon 10s Pro packs a total of three rear cameras. These include a main 48MP sensore with f / 1.7 aperture; a secondary 20MP with ultra wide angle 125 °lens; and an 8MP telephoto lens. Meanwhile at the front we find a 20MP selfie snapper.

Finally, the smartphone is powered by a 4000mAh capacity battery and runs MiFavor 10 based on Android P OTB. 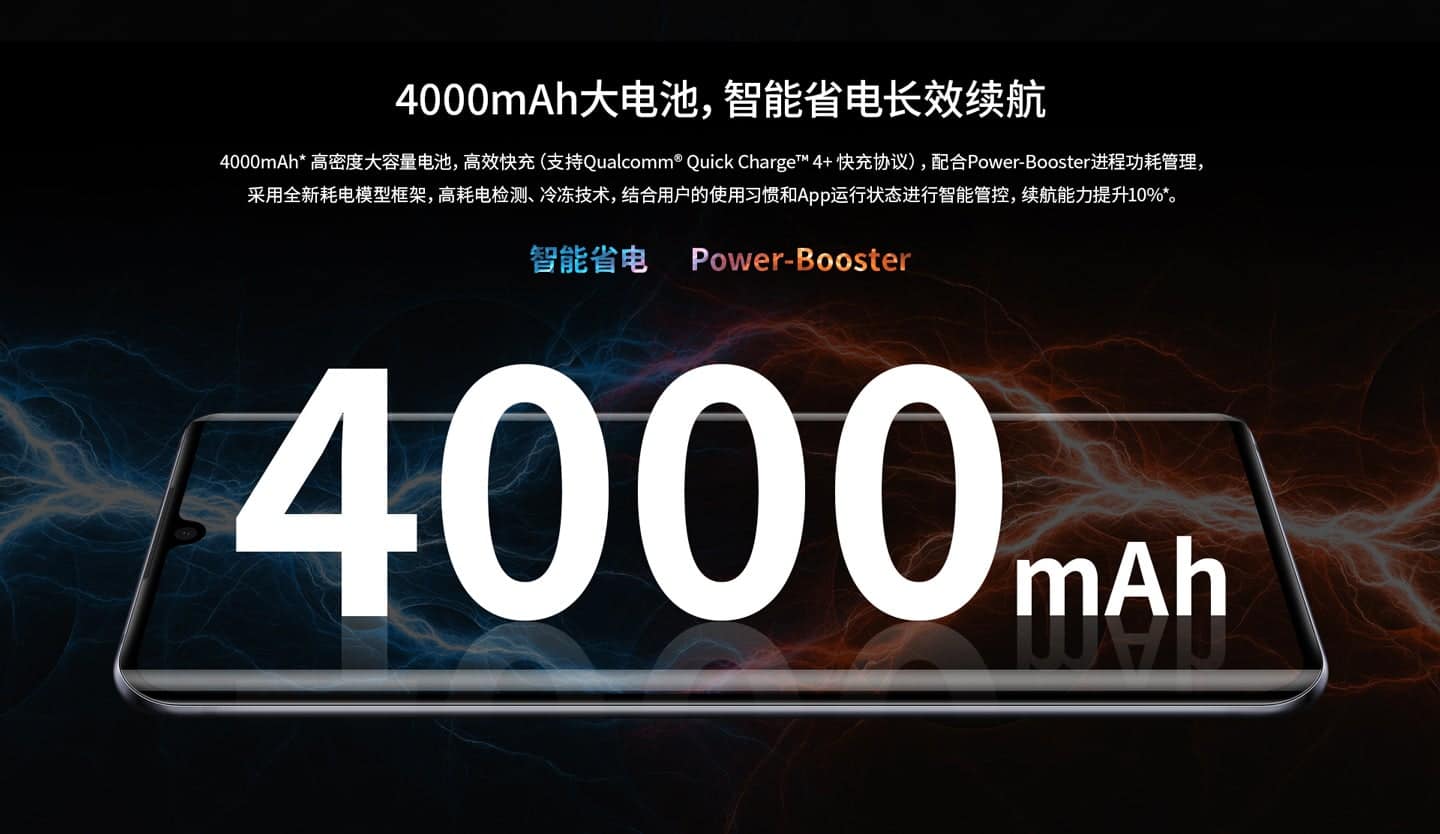 Once again, we still do not have a release date nor pricing for the Axon 10s Pro by ZTE.

Next Android 11 spotted running on a Pixel 2 XL (photo)