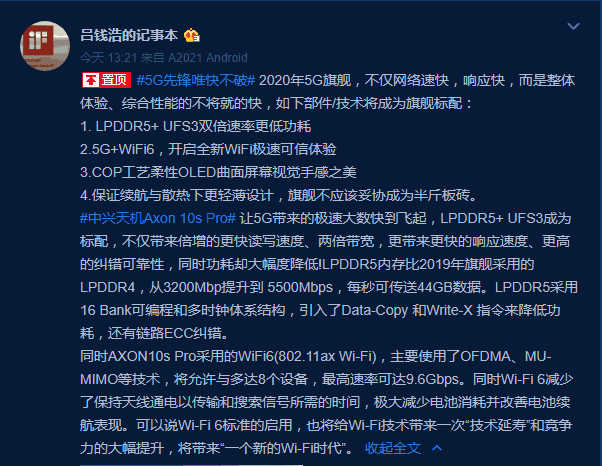 Lu Qianhao said that the ZTE AXON 10s Pro will come standard with LPDDR5 RAM and UFS 3.0 flash memory. The new memory does not only bring twice as fast read and write speeds and doubles the bandwidth, but also brings quicker response times and higher error correction reliability. All of that while reducing power consumption significantly.

Compared with the LPDDR4 adopted by most flagships in 2019, the LPDDR5 memory sees an increase from 3200Mbp to 5500Mbps; meaning it can potentially transmit 44GB of data per second. LPDDR5 uses a 16-bank programmable and multi-clock architecture; with Data-Copy and Write-X instructions introduced to reduce power consumption and link ECC error correction. 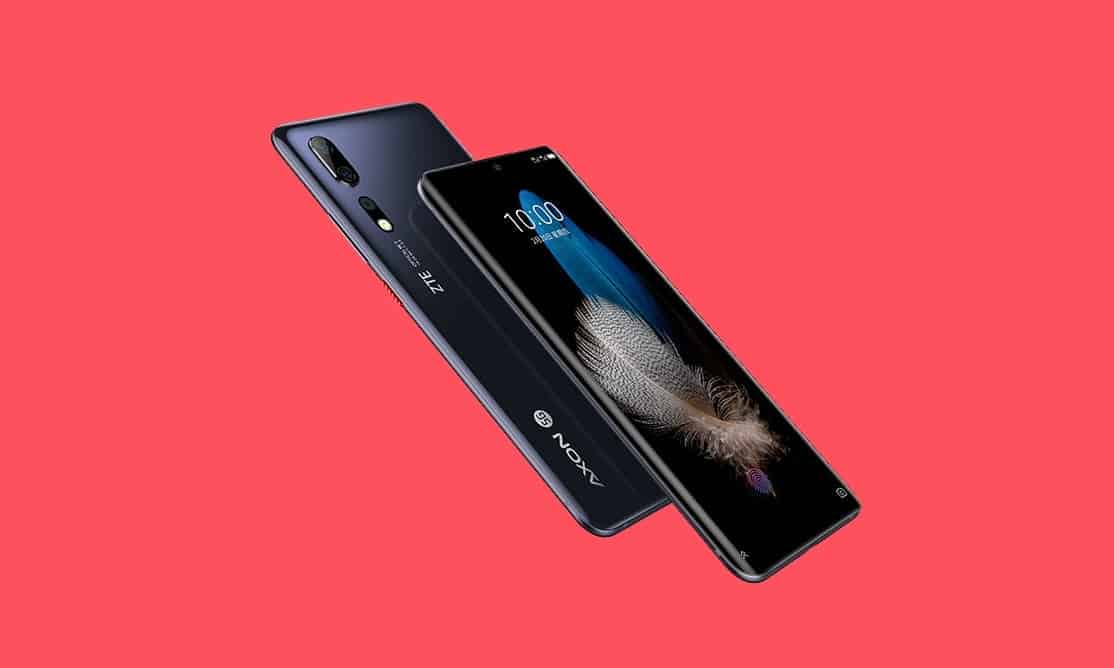 Additionally, ZTE‘s Lu Qianhao also confirmed that the smartphone will feature Wi-Fi 6 (802.11ax Wi-Fi). This new standard mainly uses OFDMA, MU-MIMO and other technologies, with a maximum rate of 9.6Gbps. At the same time, Wi-Fi 6 reduces the time required to keep the antenna powered to transmit and search for signals; thus greatly reducing battery consumption and improving battery life.

So, it can be said that the implementation of the Wi-Fi 6 standard will bring a “technical extension of battery life”. Possibly becoming a very important factor to consider when buying a new phone in the future. 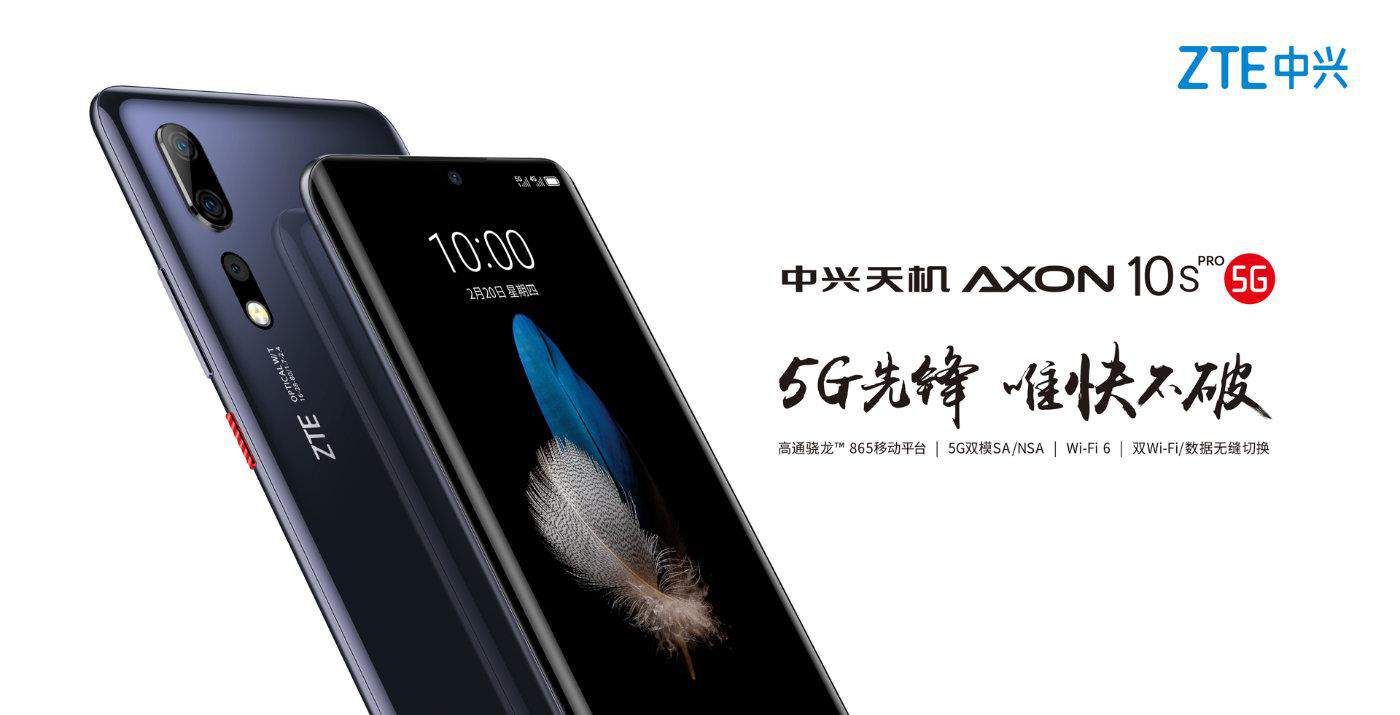 As far as other specs are concerned, the upcoming ZTE AXON 10s Pro should be packing a large 6.47-inch display, up to 12GB of RAM and up to 512GB of internal storage. We’ll then find a 20MP selfie snapper, 48MP three camera setup on the back and a 4000mAh capacity battery.

What do you guys think about the AXON 10s Pro? Are you looking forward to its release? Let us know in the comments section below!

Next Motorola One 5G & Motorola Edge+ Leaked in Real Photos