While discussing the possible presentation date and the price increase compared to the previous top of the range, Xiaomi Mi 10 appears in an alleged promotional poster. The image confirms both the design and some of the features that we will find on board the flagship.

This is the Xiaomi Mi 10, according to an alleged promotional poster 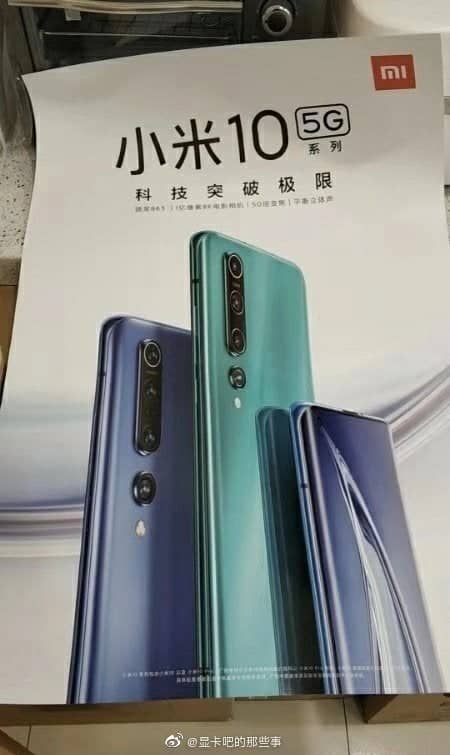 The new posters peeked out on Weibo a few hours ago and seem to confirm some live images and renderings spotted last month. According to the promotional poster and the indiscretions of the Chinese media, the Xiaomi Mi 10 will be equipped with a main Quad Camera with a 108 MP sensor and 50X zoom, stereo audio, support for 8K videos and of course the Snapdragon 865.

Frontally there is a panel with curved edges and a full screen look, thanks to a small hole for the selfie camera positioned in the upper left corner. Renderings, posters and live images seem to coincide, but as usual the last word is up to Xiaomi. About the Chinese brand, the CEO Lei Jun has confirmed that the Xiaomi Mi 10 will have LPDDR5 RAM memories branded Micron and Samsung, with cuts starting from 8GB.

The launch should be scheduled – according to the leaks – for February 13, so we will get to know more details at the official announcement by the company.