Oppo is one of the most important Chinese companies and spares no effort in technological evolution. Its most recent patent is an example of this. A new Oppo patent was discovered by LetsGoDigital team. It includes a smartphone with a stylus capable of making calls. The presence of a microphone is a clear indicator of the Chinese company’s intentions.

The images that accompany this patent reveal a stylus that is much thicker than what we are used to. Its battery may be largely responsible for this increase.

It is also possible to note that this pen will have two buttons, which will most likely be used to control the volume of calls. However, nothing prevents Oppo from using these buttons for other functions. 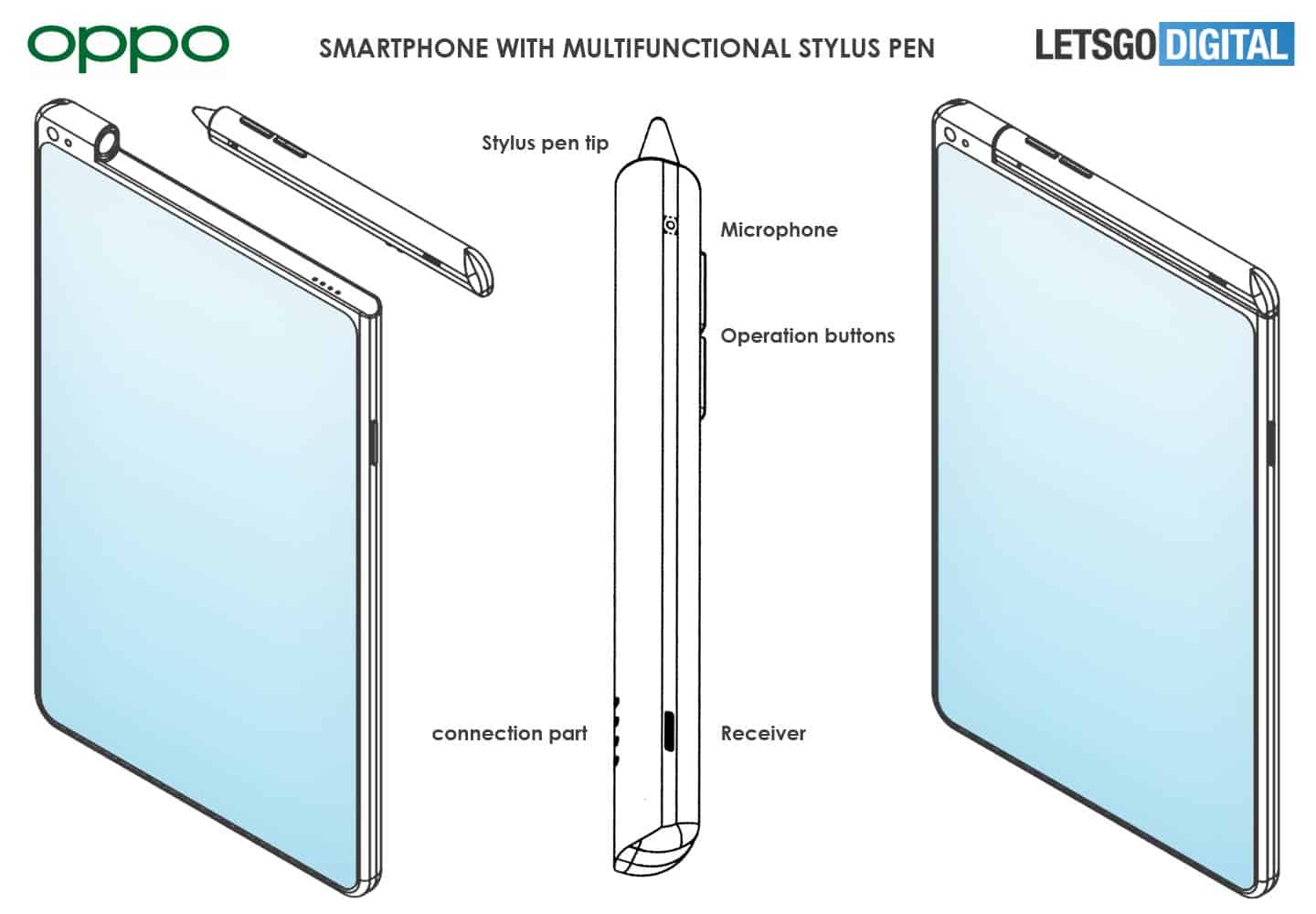 Oppo patent: Do we need a pen that allows us to answer calls?

Moving this concept into everyday life, it means that it would be possible to touch the pen to our mouth to talk to our contacts. However, due to the absence of a speaker, we would still need the smartphone close by to hear who is on the other side.

So I believe that Bluetooth headsets remain the best solution to answer calls without having to pick up the smartphone. Especially if a call comes in while you’re listening to music.

The stylus pen, on the other hand, I see it more as a productivity accessory and that is what companies should focus on. Samsung does this very well in its Note, having a software adapted for this.

The latest S Pen launched by Samsung has gestures that allow us to take photos at a distance or even control music playback. Many considered these features to be useless, so I wonder what the considerations will be if Oppo launches this product. What do think? Let us know in the comments below.