After the success of the first model, the Chinese company has well-prepeared for the Oppo Find X2, a new flagship arriving at the MWC 2020 in Barcelona. The device was also the protagonist of a leak, which would show us the definitive design of the smartphone. It has a display with a hole for the selfie camera and curved edges. As revealed by Oppo VP, it will be a Quad HD+ panel with a 120Hz refresh rate. A solution on which the company has focused a lot. And now Oppo Find X2 has appeared in the first real live image, which seems to confirm the look seen in the render leaked on the net. 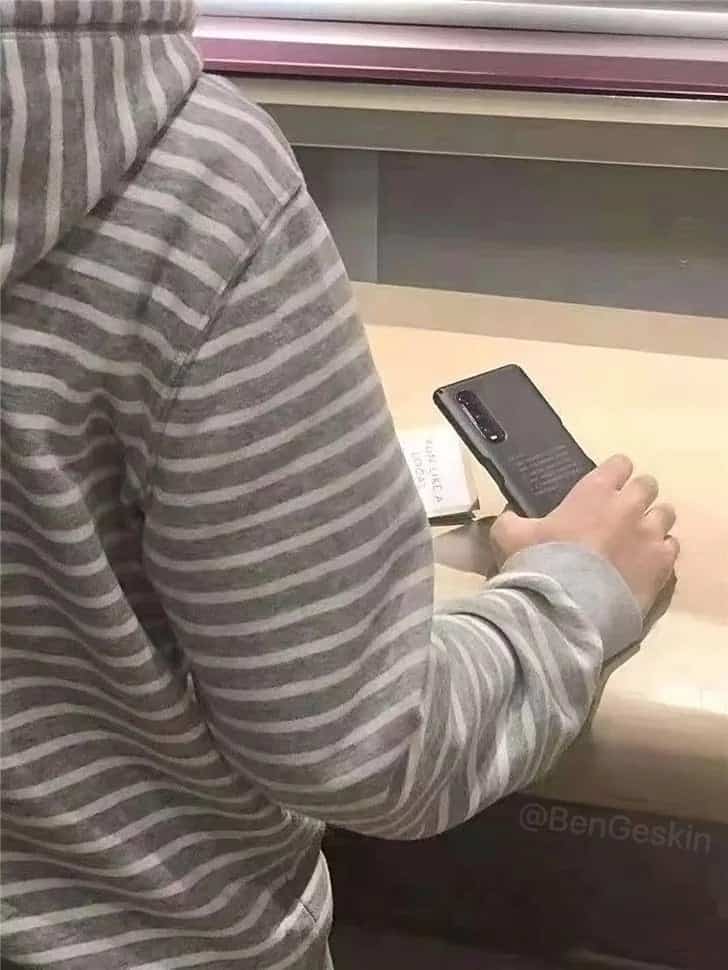 Unfortunately, the top of the range is wrapped in a protective cover that slightly ruins the design and the final effect. However, the triple vertical camera is visible, which should include a 10X Zoom periscope module. Along the right edge, we have a space for the power button while the opposite for the volume rocker. About the photographic compartment of the Oppo Find X2, there are rumors of an unpublished 48 MP sensor – Sony IMX689 – accompanied by an ultra-wide Sony IMX708 lens and the aforementioned periscope module (13 MP). To support everything we will find the 2 × 2 On-Chip Lens technology.

As for the rest of the specifications, we are talking about a 6.5″ panel with a hole to accommodate a 32 MP sensor, with Quad HD+ resolution, 120 Hz and a touch sampling frequency of 240 Hz. Obviously it will be a top model, with the Snapdragon 865 on board. The launch of Oppo Find X2 will be on February 22, during the Catalan fair.

What do you think about the upcoming Oppo flagship. Do you expect it to be as successful as its predecessor? Let us know in the comments below.

Next Xiaomi Mi 10: Here are all the details about the 90Hz display and the 50W charging