On February 13, Xiaomi will hold an online event in China to unveil the Xiaomi Mi 10 series. It includes the Xiaomi Mi 10 and Xiaomi Mi 10 Pro. The difference between the two models could be that the latter will have an additional rear camera.

The Mi 10 will arrive with a 6.67-inch screen. It is an AMOLED screen with curved edges and a hole in the upper left corner that offers a contrast of 5,000,000: 1. It promises an extremely high brightness of some 1,120 nits with 4,096 levels of automatic brightness adjustment. 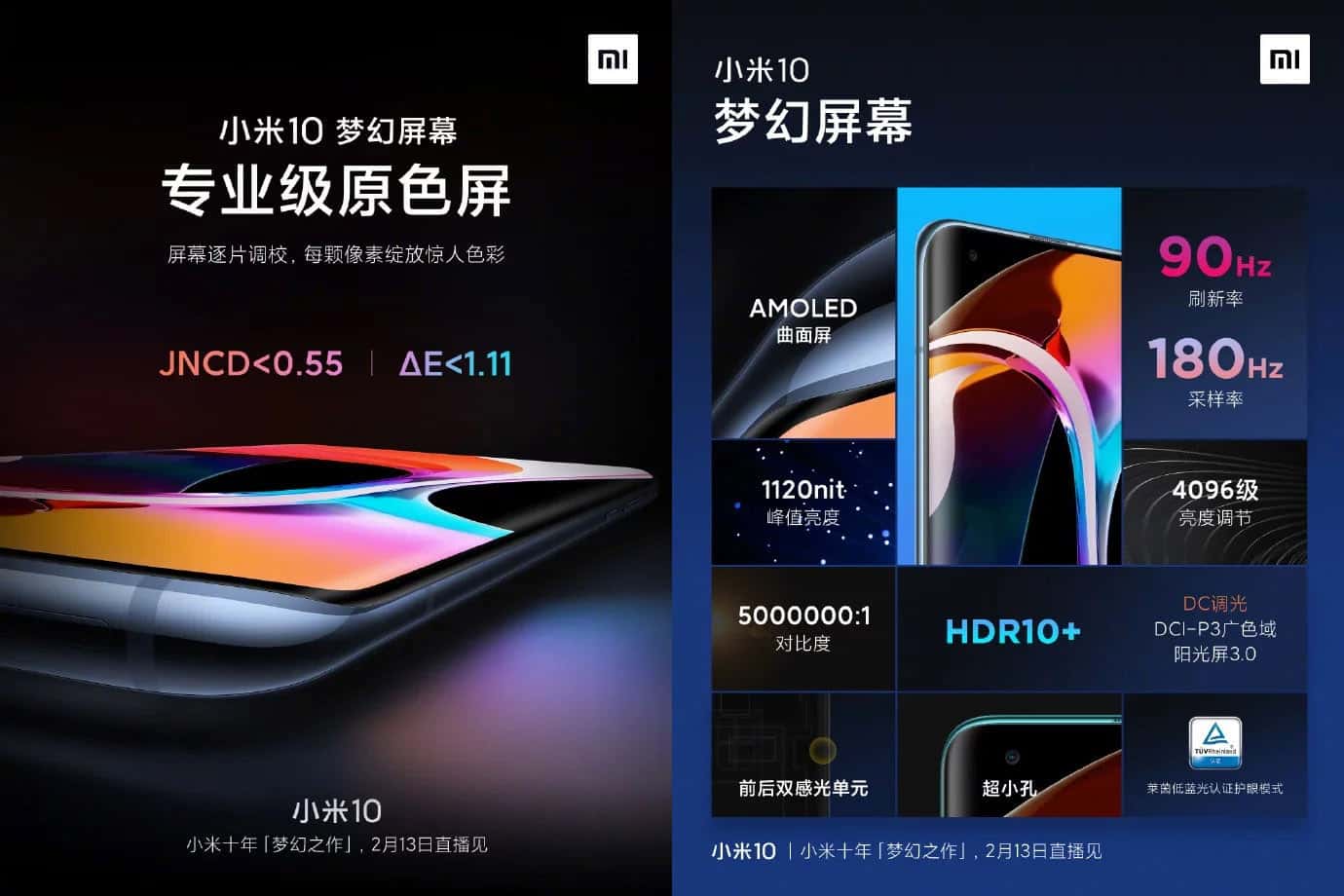 Xiaomi states that the JNCD (Just Noticeable Color Difference) and Delta E values ​​that measure screen color accuracy have reached industry-leading values. The JNCD values ​​<0.55 and Delta E of 1.11 surpass the best smartphones of the moment. The company states that each screen is calibrated one by one before leaving the factory.

The screen of the Mi 10 will have support for a refresh rate of 90 Hz and a high-frequency touch sampling of 180 Hz. The HDR10+ display supports palette DCI-P3 and provides local dimming, which will help to avoid flicker at low brightness levels which produce headaches for some users.

Also, the screen has been approved by TUV Rheinland and effectively filters out harmful blue rays. 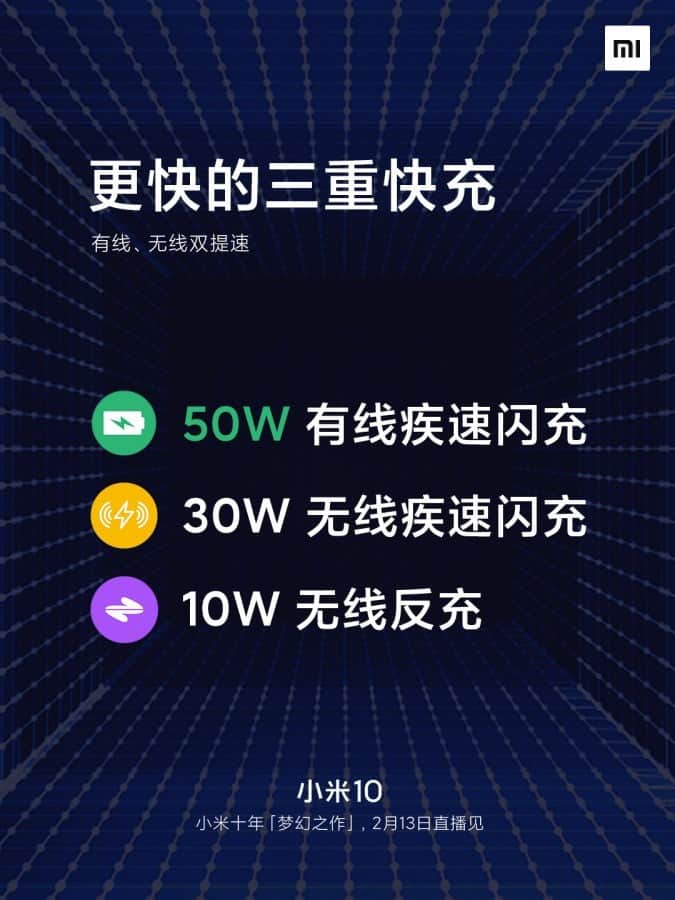 Regarding the charging system, the company CEO and co-founder has confirmed that the Mi 10 phone will support up to 50W of wired charging.

At the same time, a photo leaked, confirming a 4,400mAh battery. It will also support 30W wireless charging with the proprietary charging pad and 10W reverse charging to other wireless devices.

Next All the details of the Samsung Galaxy M31 are leaked