There are only two vertical-flip smartphones on the market. And it seems Samsung’s new folding screen smartphone Galaxy Z Flip has avoided many errors of Motorola Razr. At least, The Verge thinks so, calling it superior to the latter in almost all aspects.

On February 11, Samsung released the new Galaxy S20 and Galaxy Z Flip. Although the Galaxy S20 Ultra looks great, it is not shocking. After all, Samsung has been producing excellent Galaxy S phones for more than a decade. It is obviously very good at hardware production. However, Samsung’s last foldable phone was a bit bad and disappointing. 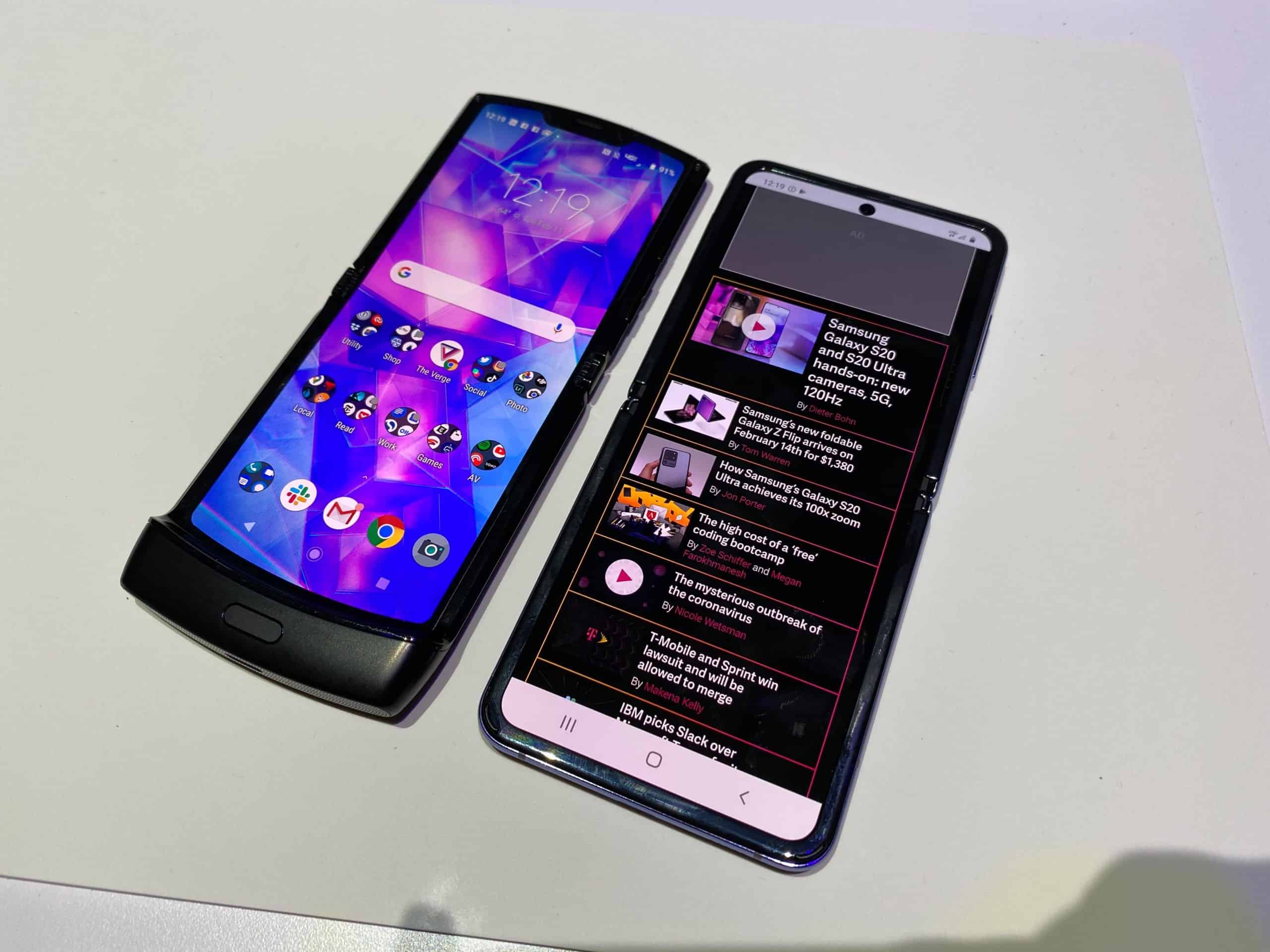 The biggest surprise at the conference was the quality of the Galaxy Z Flip. Samsung seems to have done a variety of things to make up for the lack of foldable phones. The screen of this new phone is made of glass, the workmanship looks quite good, and the overall configuration is quite respectable. Many are happy that Samsung came in with its own vertical-flip smartphone so quickly. Because if Motorola carried the banner of foldable phones, then consumers’ lives would definitely not be so good. We mean, at the moment, Motorola is not an influencer in the smartphone market. And if this technology is the future, it should develop. In this sense, Samsung has way more resources.

Anyways, The Verge’s reporter brought the Motorola Razr flip phone to Samsung’s press conference and compared it directly with the Galaxy Z Flip. From a comparison point of view, Motorola Razr is not an opponent of Z flip at all.

Of course, this is just a comparison of the hands-on experience. But when you look at the two phones together, you will find that the difference in quality is very obvious. Every mistake Motorola made on the Razr can be avoided. Samsung’s foldable phone doesn’t make a creaking sound and has a better camera, larger battery, and faster processor. It also comes with a glass screen and supports wireless charging.

Previous MacOS is more vulnerable than Windows, according to the latest reports

Next OPPO Find X2 Only Supports OPPO Wireless Charging Base