Samsung has just unveiled its new foldable smartphone, the Galaxy Z Flip. Smaller than the Galaxy Fold, it is a smartphone incorporating the concept of flap devices. It also wants to be more affordable.

This Tuesday, at the launch of the Galaxy S20, S20 Plus and S20 Ultra in San Francisco, Samsung also announced its new foldable smartphone, the Samsung Galaxy Z Flip. As expected, it is indeed a smartphone with a foldable screen, but it does not come directly to replace the Galaxy Fold launched at the end of last year.

The Samsung Galaxy Z Flip does not fold like the Galaxy Fold from left to right with a vertical fold, but from top to bottom with a horizontal fold. It is, in fact, the same system as for the Motorola Razr presented at the end of 2019, taking up the design of clamshell smartphones. In fact, the idea for Samsung is here to easily put the device in a pocket, including the narrowest like those of women’s pants, without it protruding too much. 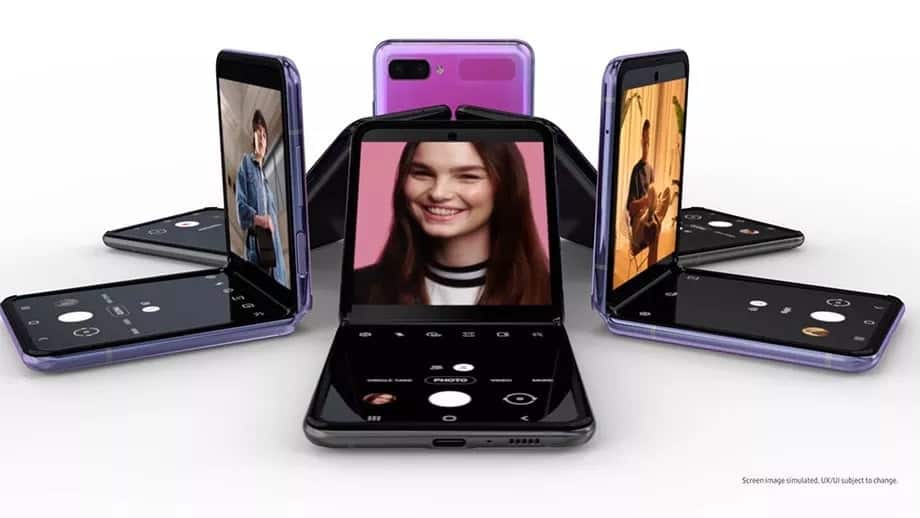 For the most impatient, the new foldable smartphone from Samsung is already in pre-order at authorized resellers, for an estimated delivery on February 14, in 3 days.

Note that, as on the Galaxy Fold, the Samsung Galaxy Z Flip has a large screen inside, but also a smaller Super Amoled screen outside, 1.06 inch (300 x 116 pixels ). This is placed next to the main camera and displays some practical information such as the time or notifications.

The smartphone can also be used with the screen half-folded, which is particularly practical for using it placed on a table or desk. 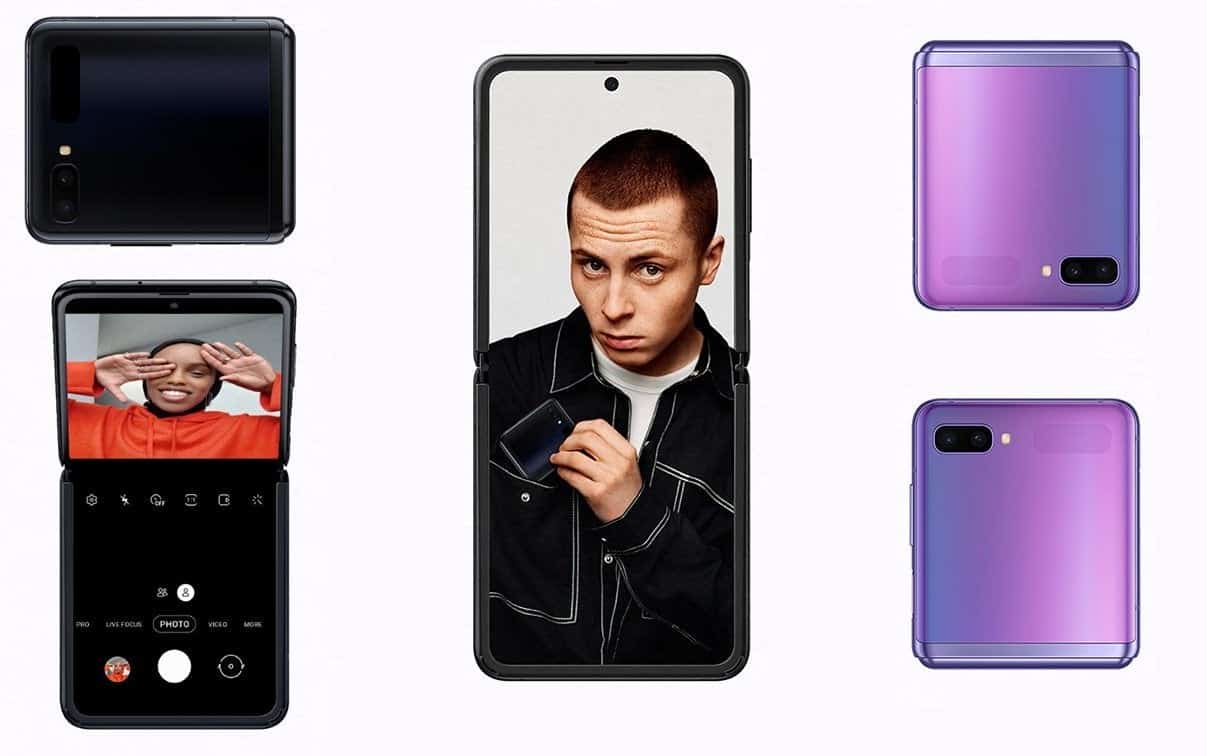 Samsung Galaxy Z Flip: Here is the “shape of the future” of smartphones

Regarding the technical characteristics, the Samsung Galaxy Z Flip offers an internal screen of 6.7 inches when unfolded, with a definition of 2636 x 1080 pixels at 22:9 ratio. The screen frequency is 60 Hz, unlike the Galaxy S20 which offers a 120 Hz screen. This Dynamic Amoled screen is also cut out by a small punch at the top center to integrate a 10-megapixel camera (f/2.4) for selfies.

In addition, the Samsung Galaxy Z Flip is equipped with a Snapdragon 855+ chip from the end of last year, and not the Snapdragon 865 available on the U.S versions of the Galaxy S20, S20 Plus and S20 Ultra. A powerful chip, but which seems above all a way for Samsung to lower costs, and does not allow to take advantage of 5G. To this Snapdragon 855+, the Korean manufacturer-backed 8 GB of RAM and 256 GB of storage. Unfortunately, it is not possible to extend it by microSD card. Regarding the battery, the Samsung Galaxy Z Flip benefits from a battery with a capacity of 3300 mAh, which can be charged up to 15W with a USB-C cable, or up to 9W wireless. Note also that the smartphone has Bluetooth 5.0, NFC, Wi-Fi compatibility and offers a fingerprint reader on the edge, like the Samsung Galaxy S10e last year. 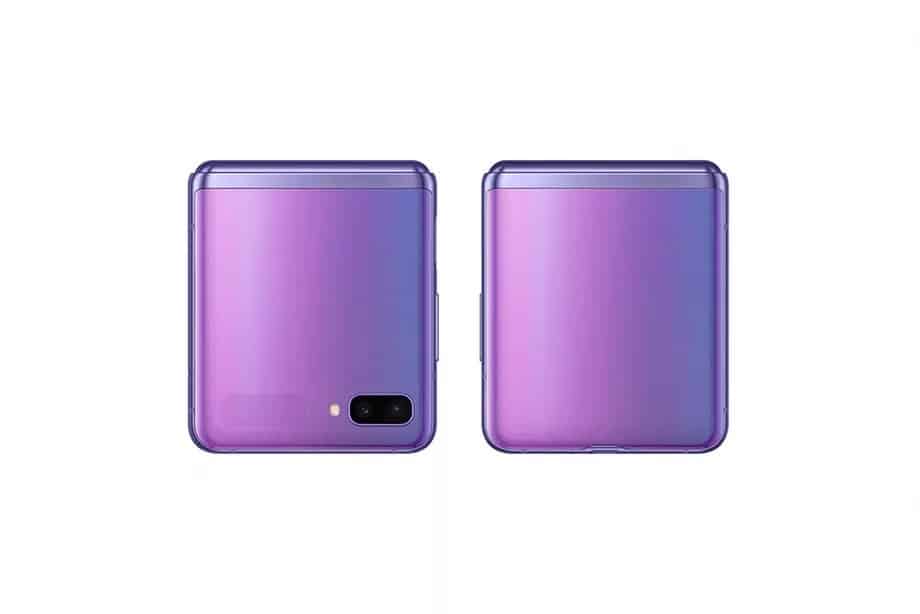 Finally, regarding the camera, in addition to the 10-megapixel selfie sensor, the Samsung Galaxy Z Flip is equipped with two cameras on the back. The main module, 12 megapixels, has a wide-angle lens opening at f/1.8, while the second, 12 megapixels, is associated with ultra-wide-angle optics opening at f/2.2. The rear camera also allows taking 4K videos at 60 frames per second, while the front camera can go up to 4K at 30 FPS. 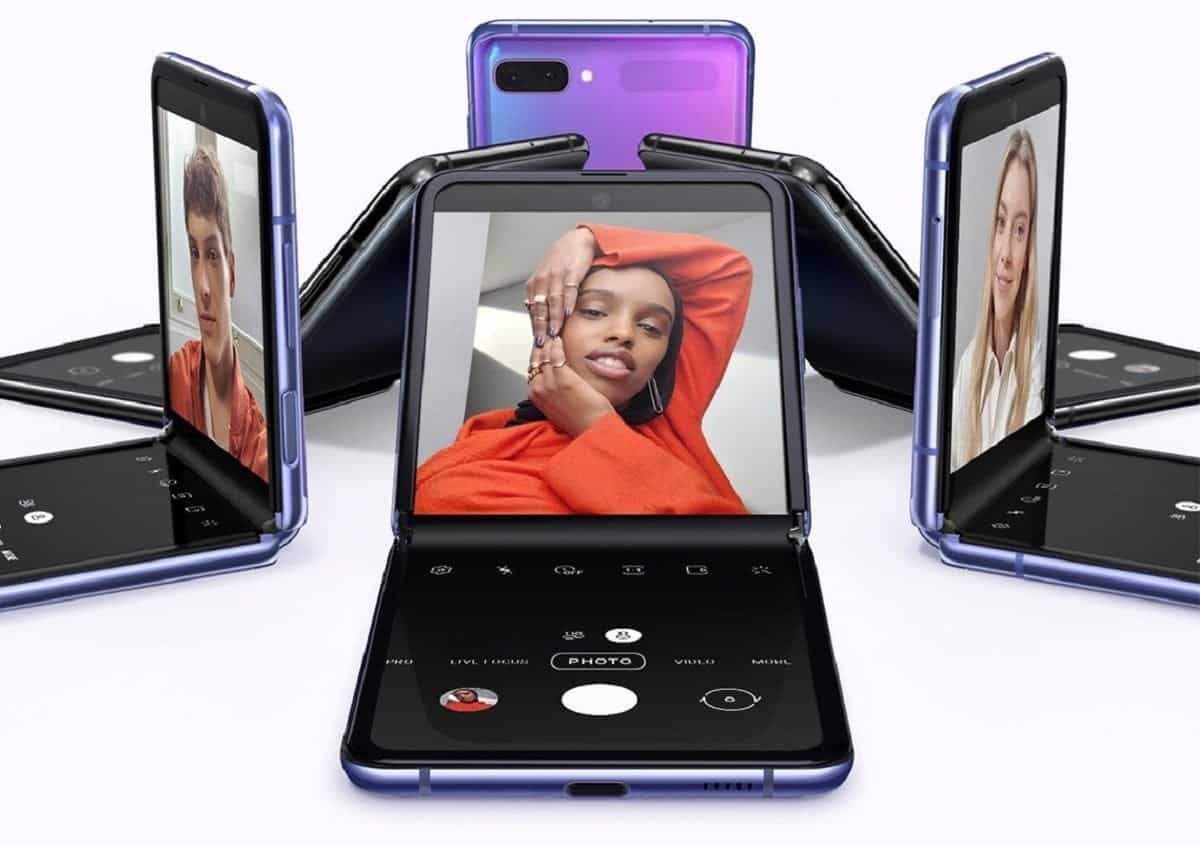 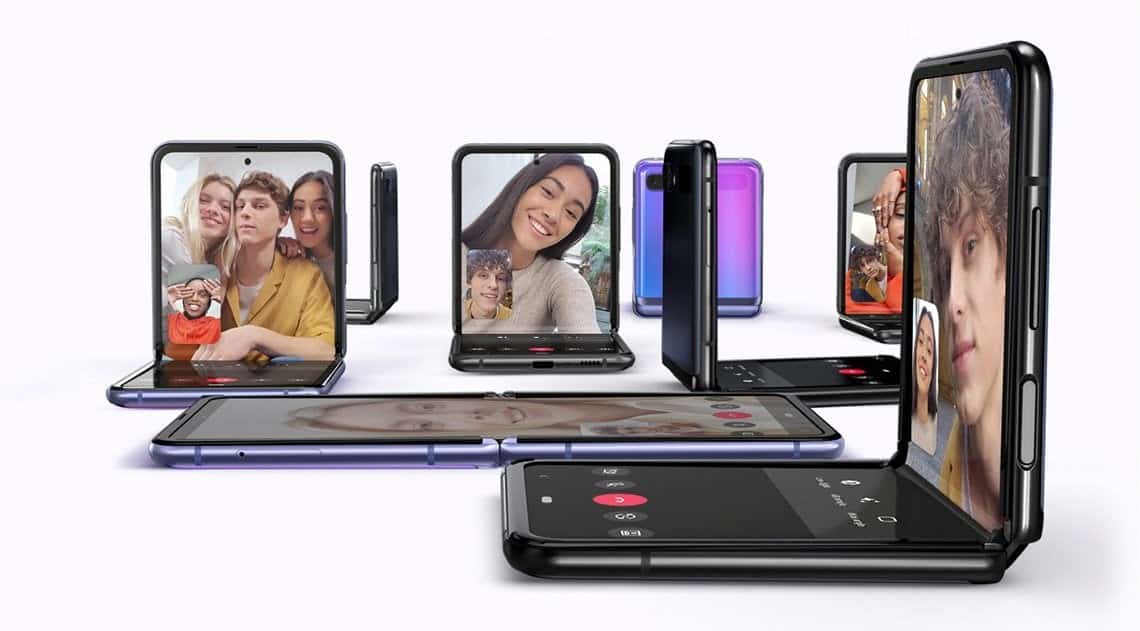 It was also announced that the Galaxy Z Flip will have a version designed by fashion designer Thom Browne. As you can see below, this one will have very unique colors, and we will have to wait and see if it will be released beyond the United States. This version will bring accessories like the Galaxy Buds+ and the Galaxy Watch Active, so it is expected that its price will scale. 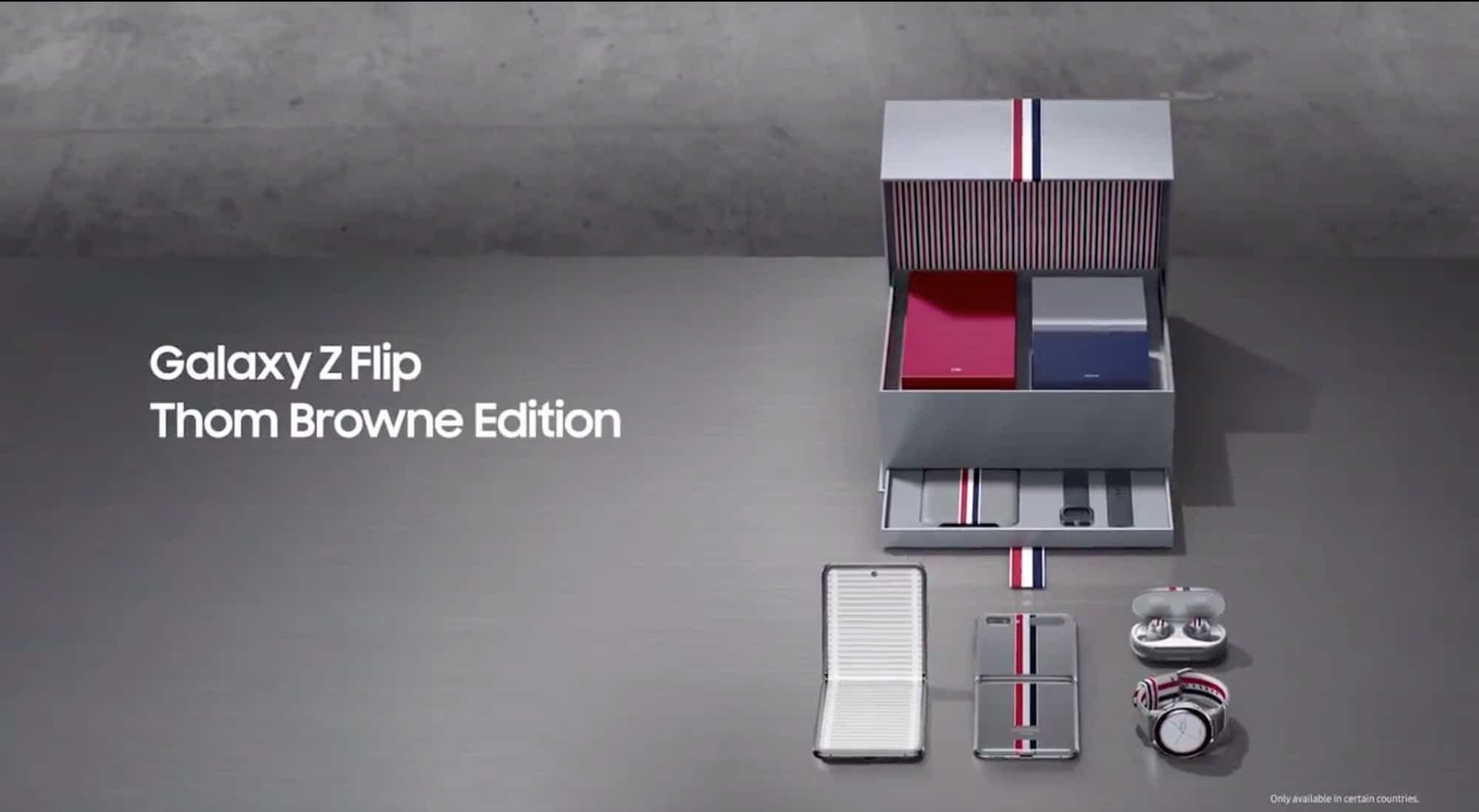 The Samsung Galaxy Z Flip is already available for pre-order. It is available in two colors: black and purple, with the first deliveries scheduled for this week, February 14, 2020. The foldable smartphone from Samsung is announced at the recommended retail price of $1,380.