Oppo was all set to reveal the Oppo Find X2 during this week, however, with the MWC 2020 getting postponed, the revelation event was pushed back to next month. Thanks to a couple of leaked details, we know some specs about the device. Today a trusted leakster revealed even more – The Find X2 will bear 30W fast wireless charging. The leaked screenshots also confirm 5G connectivity, however, this isn’t a surprise.

According to the leak, the Find X2 will also support reverse wireless charging, however, we have no cloud of the actual rate of the charging. We expect it to reach its peak at 10W. The basic wireless charging should be the 30W Wireless VOOC Flash Charge introduced back in September last year. The wired charging 65W SuperVOOC 2.0 was already confirmed by the company Vice-President, Brian Shen. 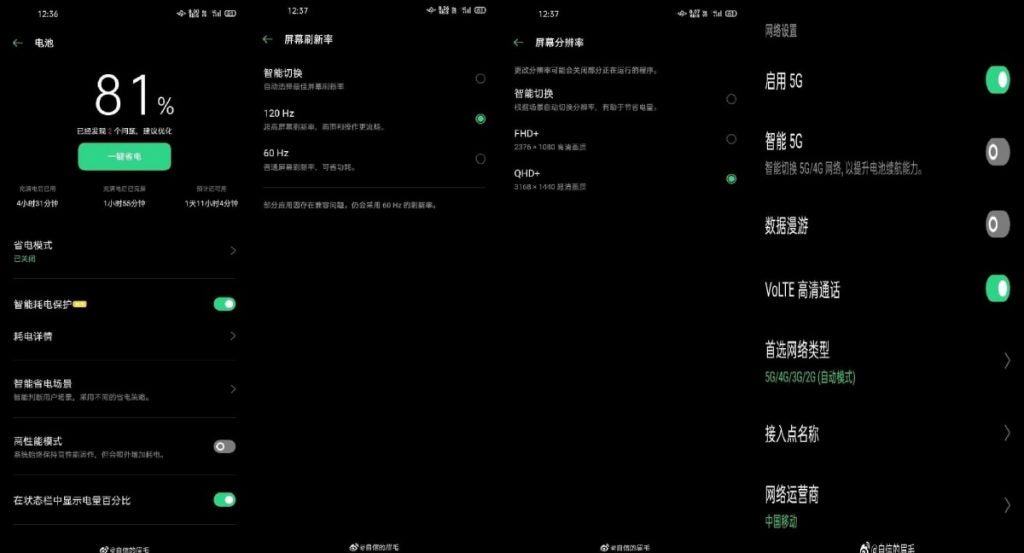 The screenshots that were later taken down from Weibo also reveal plenty of toggles. Of course, they aren’t mean only for 5G functionality. You will also be able to turn VoLTE on or off, the display can be set to either 60Hz or 120Hz. There’s no 90Hz in-between. The phone ships with a resolution that isn’t common nowadays – QHD+ with 3160 x 1440 pixels translating into 19.8:9 ratio. Interestingly enough, there’s a space in the upper left corner – likely to place the selfie shooter inside a punch hole.

The Oppo Find X2 will go official in the next month along with a Pro variant. However, we don’t know much about the latter. With the additional days before the release, we believe that more details will keep popping out.