Realme had debuted its first Realme C series handset back in 2018, and ever since, it has been expanding the models with newer devices. Realme is now coming up with a new version of the Realme C3 smartphone, which could be called ‘Realme C3s’.

The Bluetooth 5.0 certification for Realme C3s comes from a document released by Bluetooth SIG. It shows the device with model number RMX2020, which has been the same on previous leaks and rumors. The listing also reveals some key specifications of the device. 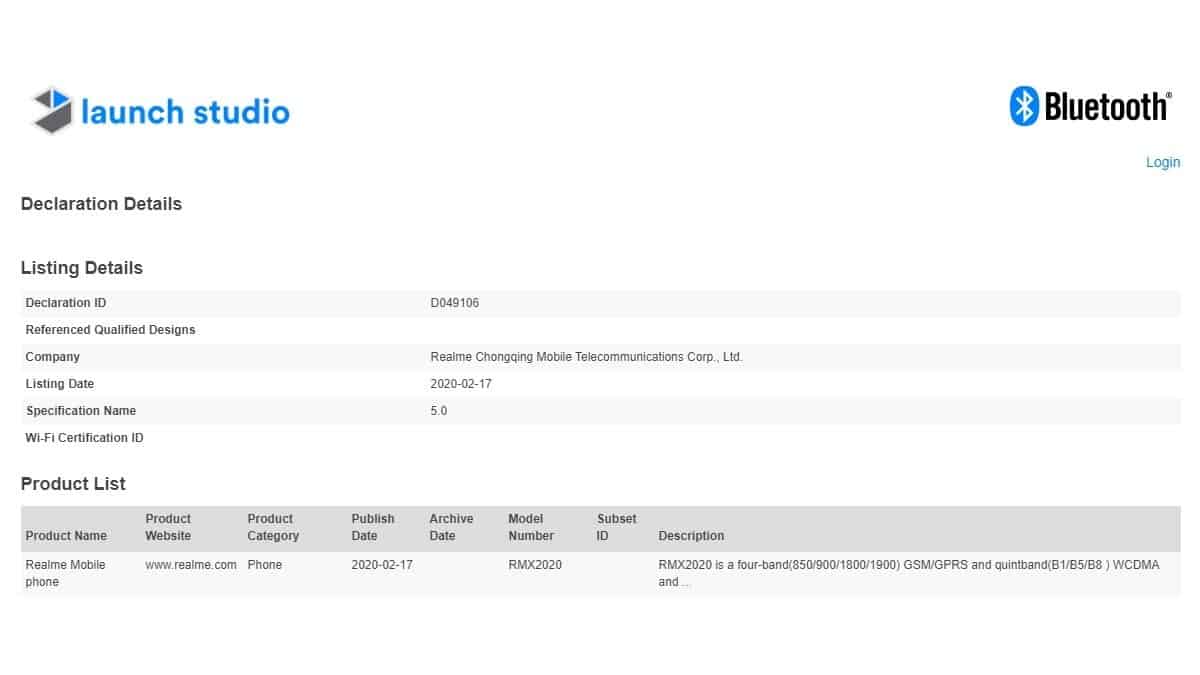 The Realme C3s smartphone comes with a 6.5-inch Full-HD display. The device will sport a triple camera setup at the back, which includes a 13-megapixel primary camera and two dedicated 2-megapixel sensors. At the front, the smartphone will have a 5-megapixel selfie camera. The handset will also feature a MediaTek Helio X20 SoC with Mali T880 MP4 GPU. It will pack a 5,000-mAh battery run on the latest Android 10-based Color OS 7.0 software out of the box.

The certification listing did not showcase any additional information about the smartphone. However, given that the same Realme C3s device with RMX2020 model number was previously spotted at Thailand’s National Broadcasting and Telecommunications Commission (NBTC), it could be likely that the company will launch the device soon.

Previously, the Realme C3s also got surfaced at the US Federal Communications Commission (FCC) listing. The certification further showcased the device with a vertical camera setup at the top left corner and a fingerprint scanner in the middle. It is also likely to support Wi-Fi 2.4GHz connectivity.