Nubia is gearing up to unveil a new gaming smartphone dubbed Nubia Red Magic 5G. We already know that it will be a monster with the Snapdragon 865 SoC. The Nubia Red Magic 5G will boast a high-resolution display with a 144Hz refresh rate and dual-mode 5G connectivity. All versions of the new gaming smartphone will come with Samsung LPDDR5 RAM chips as standard. This smartphone was to be released at MWC 2020. However, with the cancellation of the event, we do not know the new release date. Now, a new GeekBench listing reveals the monstrous nature of this smartphone. 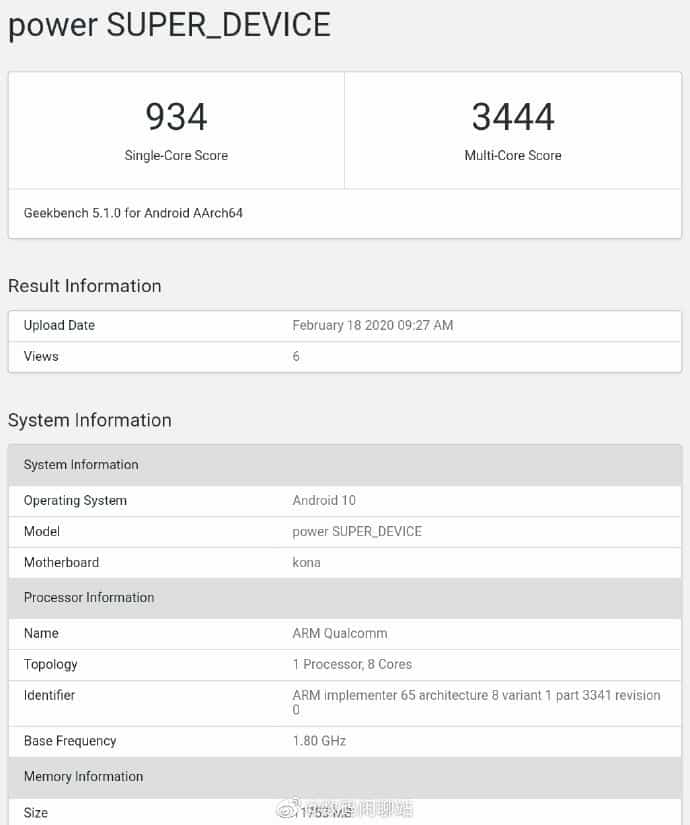 Nubia Red Magic 5G is nothing short of a monster

The Nubia Red Magic 5G GeekBench scores show a single-core score of 934 while the multi-core score hit 3444. This smartphone will come with 12GB LPDDR5 memory as well as Visionox FHD+ 144hz screen. It is worth noting that Ni Fei previously confirmed on Weibo that the Red Magic 5G gaming phone will also have a 16GB LPDDR5 memory version. This smartphone will also come with a Snapdragon 865 + X55M baseband, 256GB flash memory, Android 10 system, dual IC touch chip solution, and an air-cooled turbo fast charge solution.

Overall LPDDR5 technology has a data rate of 5,500 megabits per second (Mb/s), the 12GB LPDDR5 module is approximately 1.3 times faster than previous mobile memory – LPDDR4X with its 4255 Mb/s rate. However, Samsung states that its LPDDR5 modules can offer a 50% improvement in performance over LPDDR4X. It can reach a peak of 6400 Mb/s transfer rate.

Apparently, the CEO is very excited about the new smartphone and keeps revealing everything about it. Generally, this device is a monster when it comes to multitasking capabilities. The smartphone will also include a physical fan to keep everything cool during long gaming sessions and fast-charging cycles. What do you think about the upcoming Red Magic 5G? Let us know your thoughts in the comments below