Today, McKinsey pointed out in the latest report that the wireless industry will invest heavily to promote 5G networks. But in the next 10 years, the first wave of 5G will not benefit most people.

McKinsey predicts that the first round of 5G deployment will cost $700-900 billion, covering 25% of the global population by 2030. However, only people living in the rich and developed regions of the United States, China, and Europe will enjoy the 5G network.

The 5G network download speed is 10 times faster than the existing 4G network. And the number of devices connected to each base station increases 100 times. However, since 5G networks require expensive equipment, 5G networks will only cover specific areas in the foreseeable future.

There is a 5G network that is slower and lower in cost. It uses the same radio frequency band as 4G. By 2030, this 5G network will cover 80% of the world’s population and the construction cost is about $400-500 billion. Although the speed of this 5G network is only a little faster than the existing 4G network. Since the base station can connect more devices and the delay time when transmitting data is shortened, it still provides room for the development of new applications.

The report also said that before 2030, low-band and mid-band 5G networks will cover 80% of the world’s population, the number of which is about 7 billion. But the quality is different. 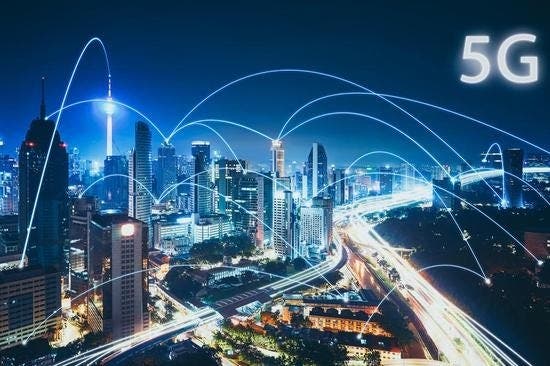 Today, 40% of the world’s population does not have sufficient connectivity, and by 2030 the proportion will drop to 20%. As a result, global GDP will increase by at least $1.5 to 2 trillion. And the total global GDP in 2018 will be about $85 trillion.

What Effect Will 5G Have On Our World?

Different industries have different economic impacts of 5G. Just looking at the four areas of mobile, medical health, manufacturing, and retail, global GDP can increase by $1.5 – 2 trillion by 2030. For example, car accidents will decrease, telemedicine will become popular, and supply chain management will be optimized. The four major industries mentioned above account for 30% of global GDP.

Another high-speed connection technology will be the protagonist. SpaceX and SoftBank’s OneWeb will find thousands of satellites in low-Earth orbit, covering the world with low-cost networks. Amazon also wants to join the internet space race through Project Kuiper. The report states: ’If LEO satellites are successfully deployed, they have the potential to change the game and almost erase the gap. Yet they remain a wild card—and other barriers such as readiness and the affordability of devices and data plans would need to be addressed in addition to coverage.’