Chinese manufacturing giant, Huawei, recently announced that new members of the Kirin chip series will soon be official. According to speculations, the new chip will be the Huawei Kirin 820 5G SoC. There is also news that there may be a Kirin 990 5G Pro processor. Rumors claim that the Kirin 820 chip will use TSMC’s new 6nm process and support 5G communication networks. 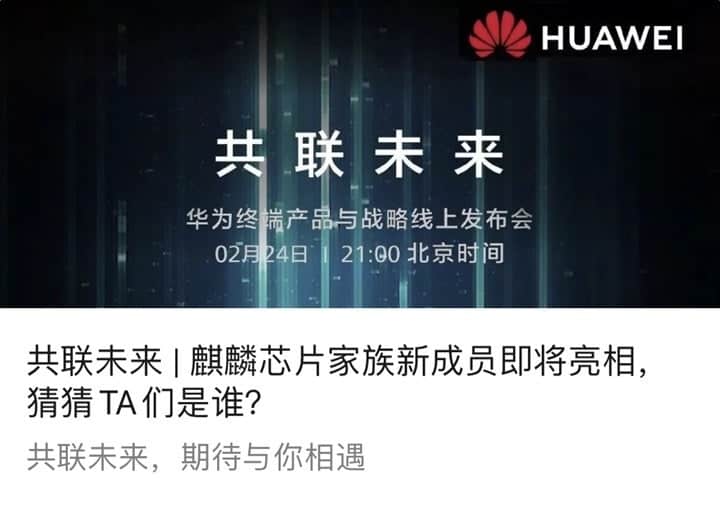 According to reports, the 6nm (N6) process is a higher version of the 7nm technology. However, it uses the same extreme ultraviolet (EUV) lithography technology as the 7N + technology. This provides an 18% higher density than the 7nm process. Last year, Huawei launched a 7nm Kirin 810 processor in China, but it does not support 5G network. The release of Kirin 820 processor is expected to enable Huawei’s mid-to-high-end Kirin 8 series chips to support new 5G technologies.

Huawei will hold an online conference at 21:00 on February 24th. The company is expected to launch a number of new products including mobile phones, tablets, and computers. Huawei will release its second foldable, Huawei Mate Xs. This device will support 65W fast charging and will use Kirin 990 5G processor.

Architecturally, the Kirin 820 may be upgraded to Cortex A77 large cores; while we still have no data on the GPU and NPU used yet. In addition, this chip is likely to integrate 5G baseband and support dual-mode 5G networks; a better technology as opposed to NSA-only 5G support.

This chip will be mass-produced in the second quarter of this year, but it is still unknown when it will hit the market. We will probably see the next chipset on the next Nova series and later on the Honor 10X series. Nevertheless, the Kirin 820 is still possible for mass production and commercial use in the middle of this year. According to Huawei’s pattern, it will be launched by the Nova series, which is worth looking forward to.
Source/VIA :
ITHome