While most smartphone brands have decided to release their flagship phones in the month of February, Chinese phone maker Vivo will instead bring yet another highly interesting device – the Vivo APEX 2020. As many of you probably know, the APEX series is actually comprised of concept phones, which means the handset won’t actually go on sale. 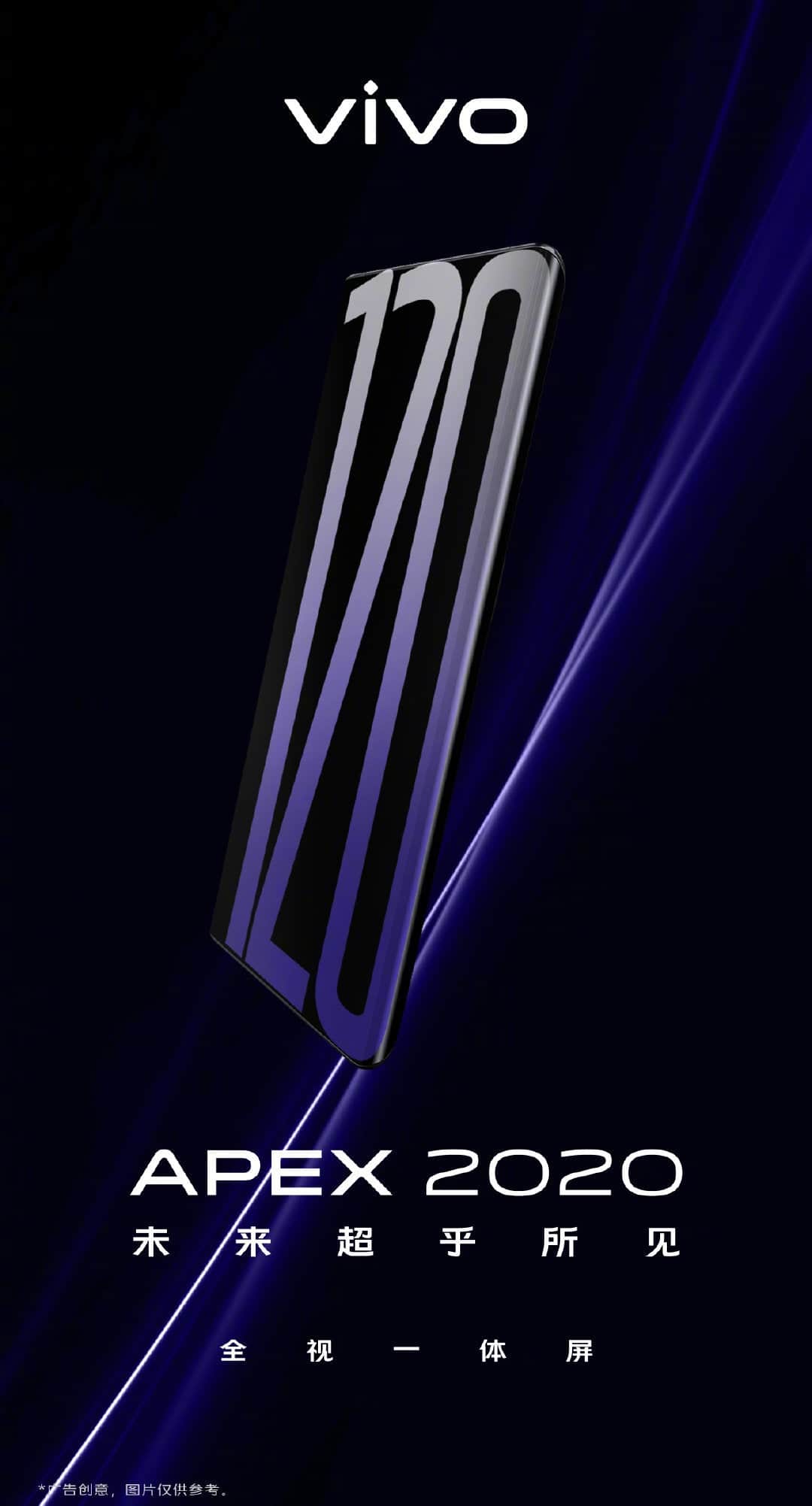 Either way, the company has just revealed that the smartphone will be announced on February 28th; while also giving us a hint at what we might see.

The teaser above does indeed show a very interesting concept phone with a full screen design that curves on the sides. On top of the display we can read the number “120”. According to Chinese press, that number represents the angle at which the display curves.

Basically, we shouldn’t be able to see any bezels from the front; which are actually hidden beneath the bent display. A very ingenuous way to completely remove the bezels for a never seen before full screen experience.

Moving onto the back of the phone, we find a camera module very similar to the one on the Vivo NEX 3. The camera module appears to house only two sensors, which according to previous rumors include a main camera with a built-in gimbal and incredible image stabilization. While the secondary sensor is paired with a periscope lens for an extra long zoom.

As far as other specs are concerned, the Vivo APEX 2020 should feature an under display fingerprint scanner. We’ll then find the high-end Qualcomm Snapdragon 865 CPU; along with LPDDR5 ultra fast RAM and either UFS 3.0 or UFS 3.1 internal storage.

What do you guys think about the handset? Are you looking forward to it? Let us know in the comments section below!