There are currently many users waiting for devices such as the Xiaomi Mi 10, the realme X50 or the Redmi K30 Pro to be presented in their countries. Some of these devices are official at the moment, but only for China or India. Soon we can enjoy them in other countries, although we still have to wait a little longer. The only one of the three that hasn’t appeared yet is the Redmi K30 Pro. We have a lot of leaks about this device and its possible design, today we have a confirmation thanks to the company itself. Yes, we already know what the K30 Pro will look like.

Last year’s strategy by Redmi and Xiaomi was to launch the Redmi K20 and K20 Pro with the same design and slightly different hardware. One belonged to the mid-range and the other to the high-end because of the processor. This year we will not see this same strategy, the company has changed the design of the Redmi K30 Pro and it will not be the same as we have in the Redmi K30.

They are no longer rumors, Redmi confirms the design of the K30 Pro 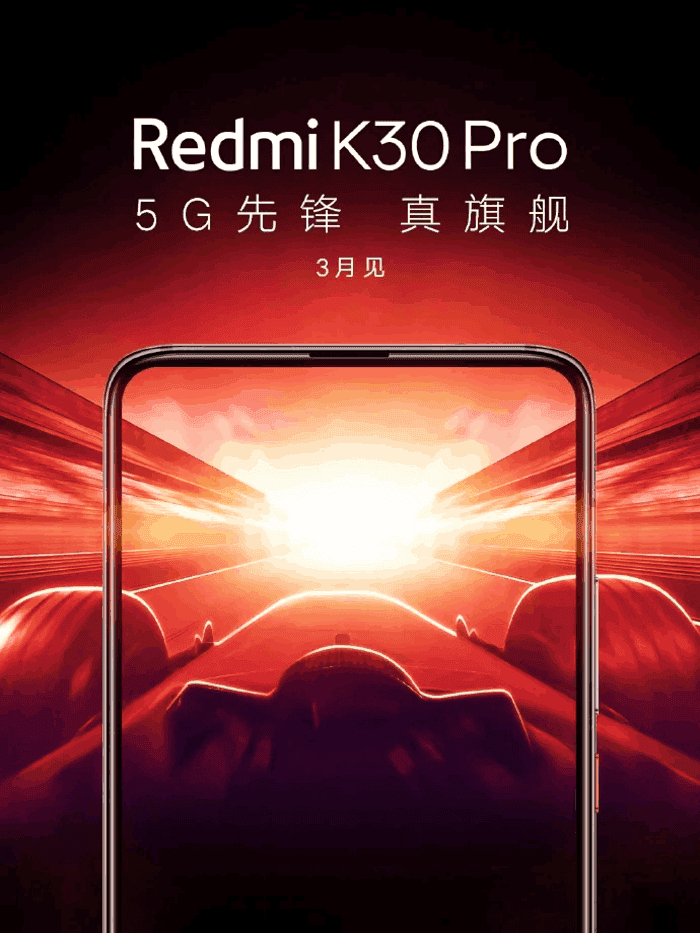 So far the use of a different design was rumors based on occasional leaks. Today we can confirm that the design of the Redmi K30 Pro will be different from the Redmi K30 that we saw a few months ago.

We cannot talk about the whole design, but we can talk about a very important part. What Redmi has officially shown is that the Redmi K30 Pro will hit the market with a pop-up selfie camera. There will be no notch or hole on the screen.

This last option is the one that is currently present in the Redmi K30 model. Finally, it has not been so and Redmi has wanted to offer a screen without hindrances for full viewing.

The image also confirms that the bezels will be quite small and the device will be officially presented in March. Unfortunately, we still do not have an exact date, but we do confirm that mostly it will launch by the end of next month.