IDC’s latest tablet PC quarterly tracking report shows that China’s tablet market shipments in the fourth quarter of 2019 were about 5.81 million units. Thus, it has begun to show a downward trend after maintaining 6 consecutive quarters of growth. A year-on-year decrease is 3.9%.

Huawei still maintained the number one shipment position in the Chinese tablet market this quarter. China’s tablet market recovered in 2019, with shipments reaching 22.41 million units. It rebounded for the first time since 2015, an increase of 0.8% year-on-year. 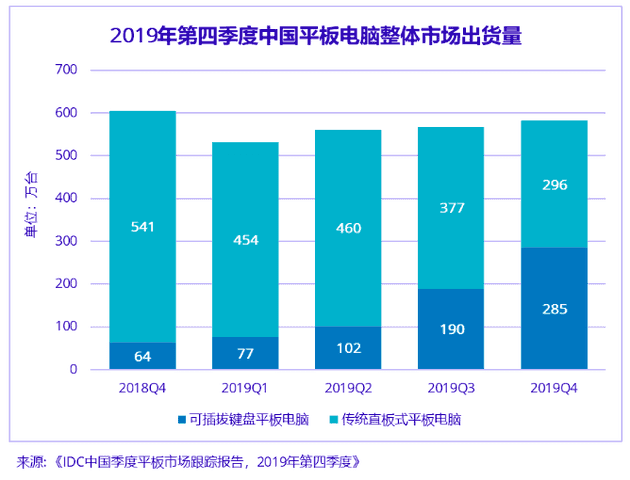 Apple: It still ranks first in the market. The Apple iPad shipments were approximately 8.56 million units, a year-on-year increase of 2.3%. It occupies a market share of 38.2%, an increase of 0.5%.

Microsoft: Microsoft’s tablet product shipments were approximately 610,000 units, a year-on-year increase of 19.4%. The market share of shipments was 2.7%, an increase of 0.4%.

By the way, yesterday, Huawei launched a new tablet, MatePad Pro with upgraded features and improved performance. In other words, the company rose the bar. Let’s see what other top brands will do.

Next OnePlus 8 Pro 5G Specs Leaked On A Screenshot