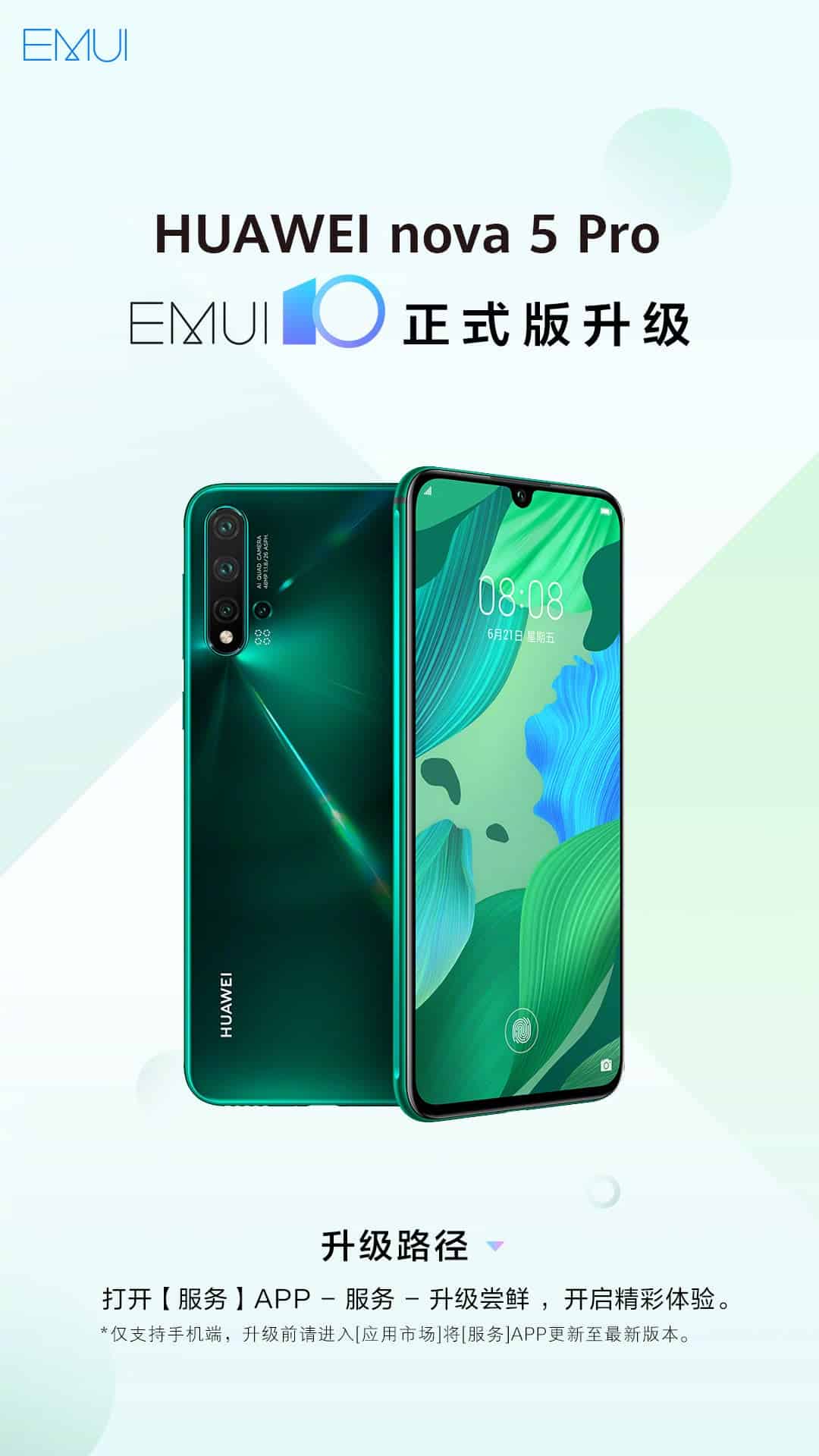 The nova 5 Pro comes with a Kirin 980 processor coupled with 8GB of RAM and 128GB/256GB internal storage. This smartphone is 7.33mm thick and weighs 171g. It uses a 6.39-inch waterdrop screen and comes with the recently popularized on-screen fingerprint sensor.

We then find a 32MP front-facing camera and four rear cameras; including a primary 48MP, secondary 16MP ultra-wide, a 2MP macro and 2MP depth sensor. The battery capacity is 3500mAh. The Huawei nova 5 Pro is also equipped with GPU Turbo technology. This is a soft and hard graphics acceleration technology that improves the performance of mobile GPUs. Basically it upgrades the EMUI operating system and removes the processing bottleneck between the GPU and the CPU. Users of this smartphone can now check for this update to have a better feel of the device.