At the outbreak of the Coronavirus situation in China, many factories stopped production for fear of spreading the virus. American manufacturing giant, Apple, also stopped operations and this has made production very slow. At an event in Birmingham, Apple’s CEO, Tim Cook, said that China’s coronavirus epidemic is under control, and he is optimistic. 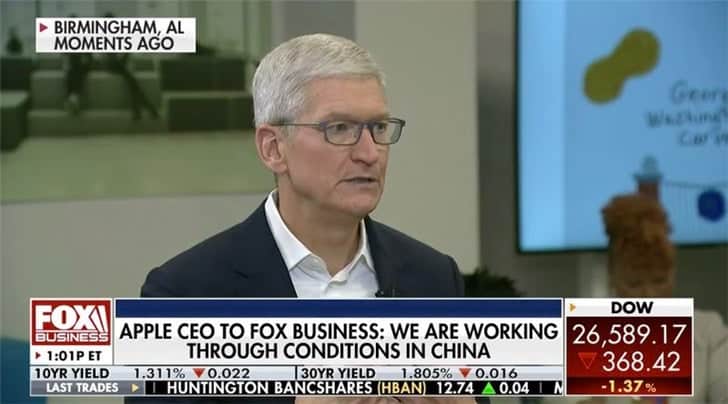 Cook said in an interview: “In my opinion, China is controlling the impact of coronaviruses. Everyday data on new crown epidemics is declining. Therefore, I am optimistic”. At the same time, he also mentioned the recovery of the production capacity of Apple’s Chinese suppliers…”In terms of suppliers, iPhone production is all over the world, and key components are from the US and China. We have reopened our factories in China. Factories are able to operate in more open conditions. These factories are currently on the climb to recover to normal conditions. “

Apple had previously announced that due to the impact of the closure of Apple’s Chinese stores and supply issues, Apple’s revenue target for the first quarter of 2020 would not be met. During the closure of Apple’s outlets, Apple and partner stores were working just a few hours and are receiving a small number of customers in China.

The company was expecting an expressive growth on its revenue due to the successful 2019 lineup. However, the situation has changed with the Coronavirus outbreak. Of course, the company is just one among the many other companies suffering losses with the epidemic.