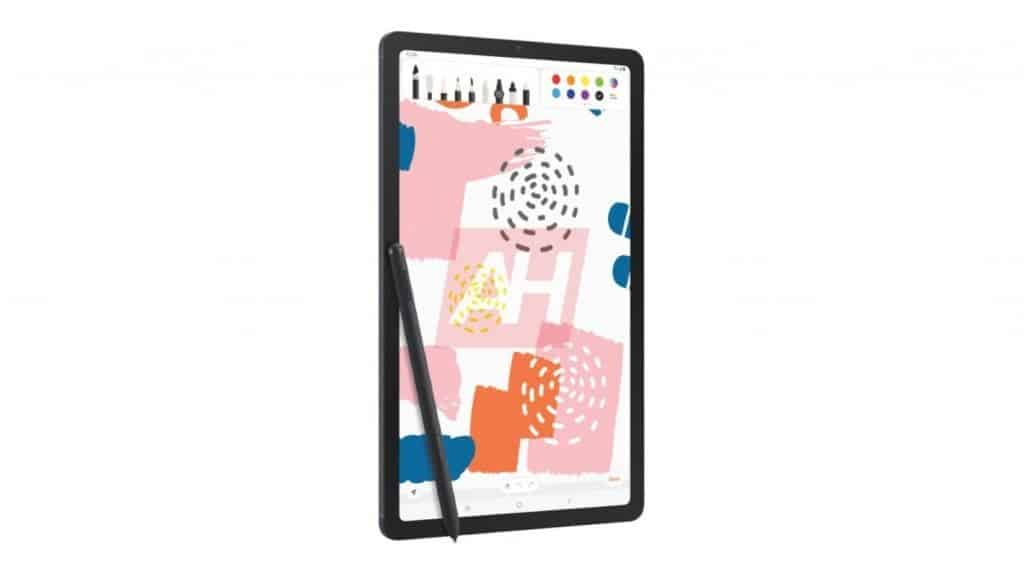 Looking at the renders, it seems like the tablet will come with a redesigned S-Pen stylus. Furthermore, the  S-Pen will most likely come with wireless charging support. The S-Pen is quite thicker than the one we have seen earlier with the Note 10 lineup. Considering that, the wireless charging for this makes sense.

Coming to the specifications, the Galaxy Tab S6 Lite will run on the Exynos 9611 chipset paired with 4GB RAM and Android 10 OS. It will come in two variants – LTE and WiFi only. There should be two onboard memory storages namely 64GB and 128GB options. We should also expect fast charging with this tablet as well. As per the benchmark tests, the tablet managed to score 346 in single-core performance while the multicore test gave it a score of 1259 points.

As of now, there is no information on the expected pricing for this tablet. Since Tab S6 Lite has made its way to the Bluetooth SIG listing, the official launch might be quite near. If that’s the case, then we should expect more information coming our way soon.