Chinese manufacturing giant, Xiaomi, is a leading smartphone manufacturer in the global market. Its Redmi sub-brand is doing quite well in the mid-range and low-end segments. Redmi’s devices are most anticipated in markets like India which seem to prefer mid-range/entry-level devices against flagships. Xiaomi has been the number one smartphone brand in India for many consecutive quarters. Thus, the Indian smartphone market (second largest in the world) is very important for the company. According to a recent Tweet from Xiaomi’s Global VP and MD Xiaomi India, Manu Kumar Jain, the Redmi Note 9 will arrive in India on March 12.

Behold the answer to the most awaited question of 2020. Yes, the next #RedmiNote launches on March 12! 😎

Brace yourselves because #ProCamerasMaxPerformance is going to be nothing like you've ever seen before! 👊

The Tweet from Mr. Jain also reveals a couple of information regarding this smartphone. The tweet comes with a huge “number 9” with four cameras in between the “9”. This suggests that this smartphone will use a quad-rear camera setup. In addition, the four sensors should be in a square – a design that is not common with Xiaomi. 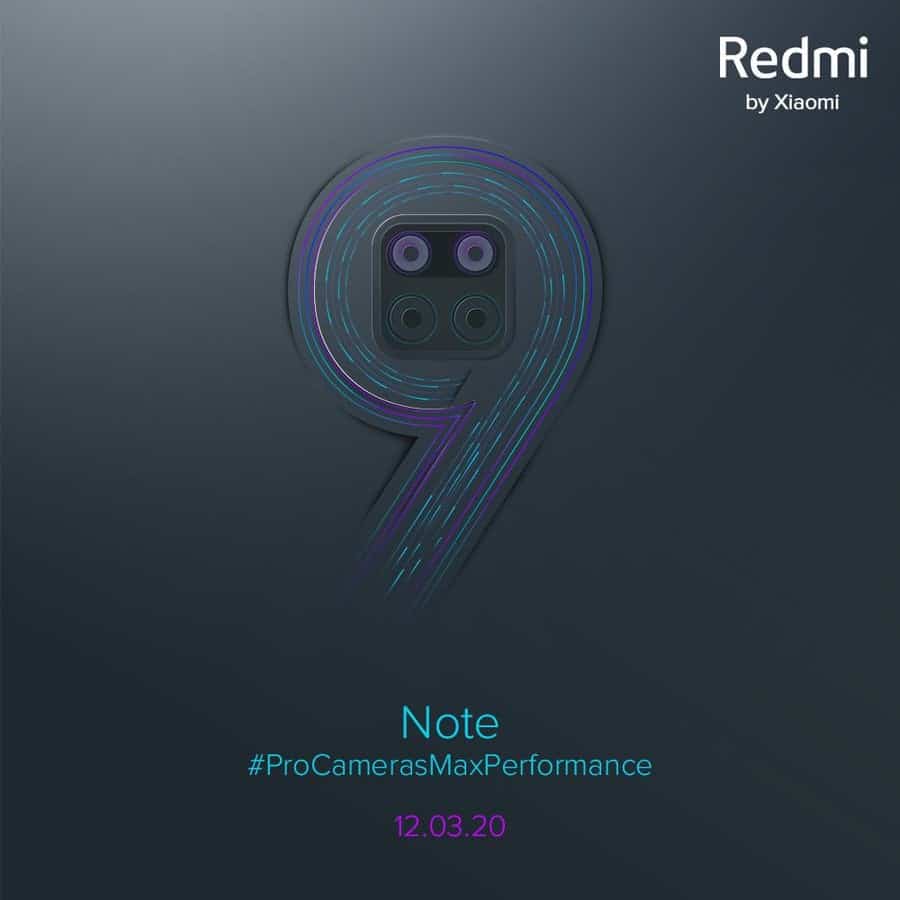 Furthermore, the tweet also reveals that the upcoming Redmi Note 9 will offer a “ProCamerasMaxPerformance”. To this end, the Redmi Note 9’s camera is worth looking forward to. Well, we expect the launch of the “Redmi Note 9 series” on March 12. However, there is no confirmation on the devices to be in the series. If we are to go by Redmi’s usual itinerary, it should be the Redmi Note 9 and Redmi Note 9 Pro at least.

India will be the first to get the Redmi Note 9

From the current information, it appears that India will be the first market to get this smartphone. It is no surprise that Xiaomi decided to honor India by first releasing this device in the second-most populous country worldwide. The Redmi brand has been doing quite well in the smartphone market – many thanks to India.

Previous Black Shark 3 Pro to get voice controls for PUBG