Samsung, Motorola and Huawei have launched foldable smartphones, and we have no doubt that Apple is also experimenting with this new concept of smartphones. Now we have a piece of evidence that the company is really working on a foldable iPhone.

A recent Apple patent entitled “cover and folding screen for an electronic device” lets us see a device with a folding screen attached to a protective layer by means of an adhesive or other types of element. 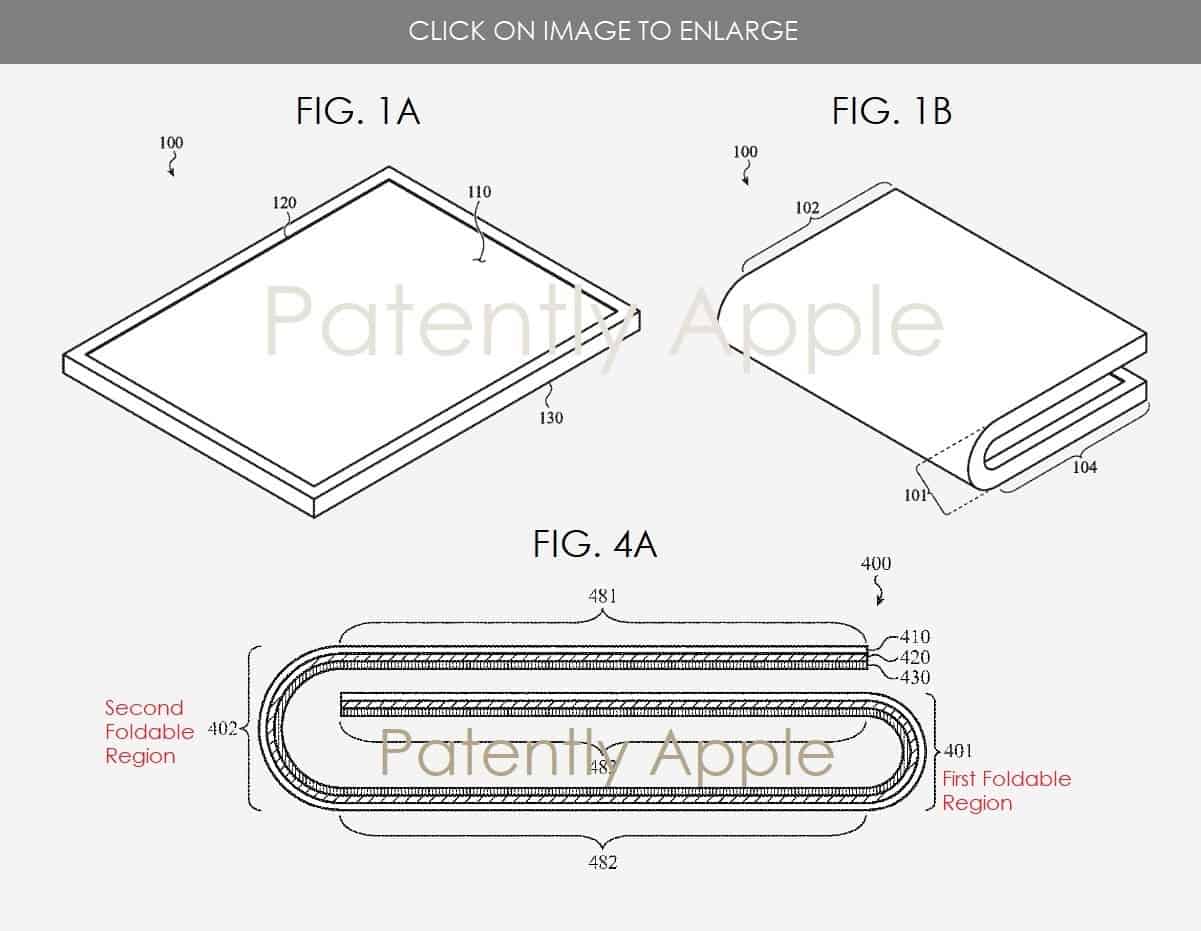 The patent shows three possible configurations: folding, unfolding and intermediate. The latter would have the folding screen at an intermediate angle between folding and unfolding. According to the patent, Apple is considering the use of sensors to turn off, deactivate or put the screen on hold when the device is in folding mode.

Using accelerometers, gyroscopes and other sensors, the orientation of the screen could alter the user interface shown on the screen.

This is not the first patent that Apple receives in relation to foldable smartphones. But, for the moment, we have not heard that we will see in the short term one of these devices.

In any case, the existence of patents suggests that the company is working on these devices. Recently we have seen a video created by an amateur of what could be a folding iPhone. And, really, it does not look bad.

It is worth mentioning that recently, according to documents published Friday, February 28 by the district court of San José, in California, Apple will have to pay $25 or more for each customer for slowing down old iPhones. This amount could increase or decrease depending on the number of claims filed. This prevents giving the exact amount of the total amount that apple should pay. Nevertheless, the American giant can already expect it to be between 300 and 500 million dollars.

Next Samsung foldable displays production will quadruple in 2020