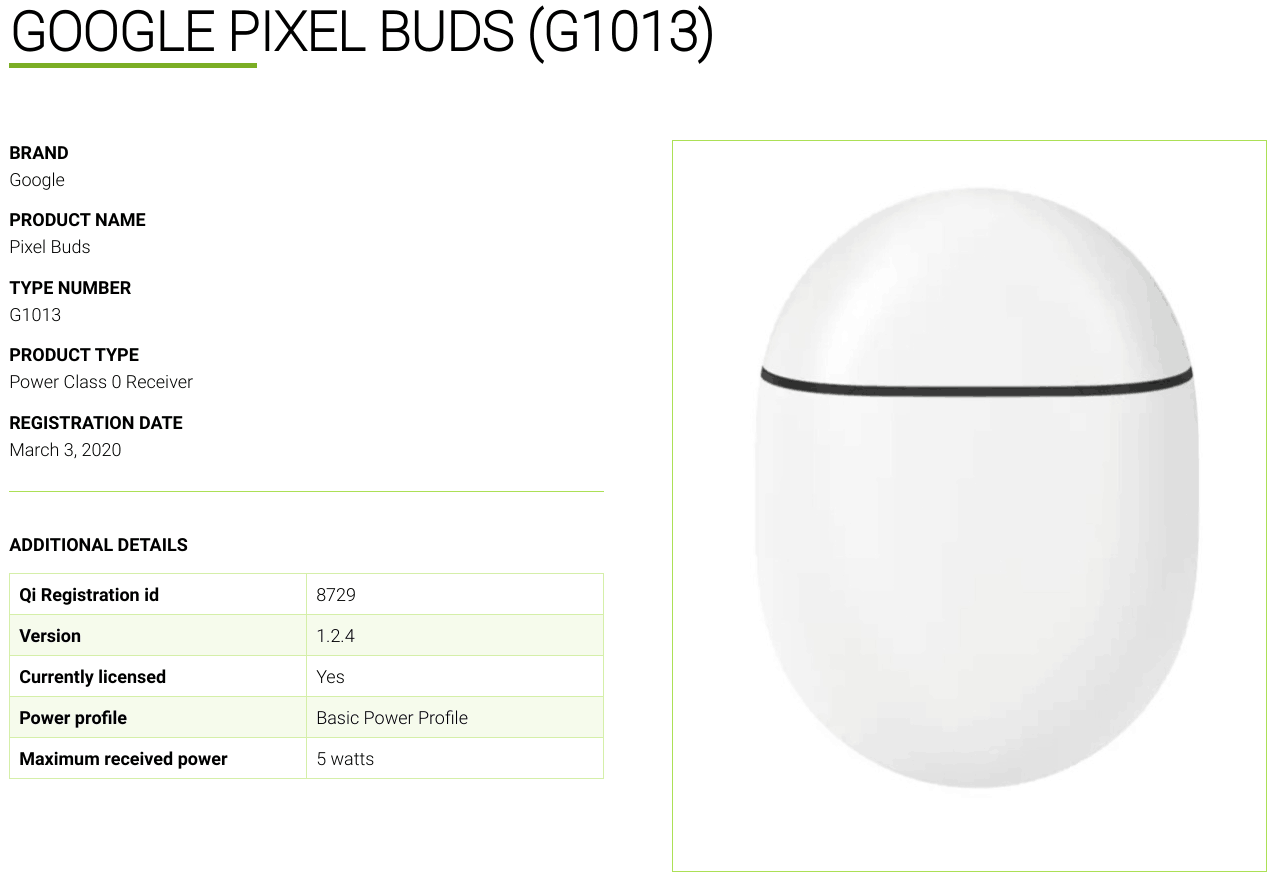 The wireless charging certification does not reveal much about this device. However, it is listed with model number G1013. Recall that on the Bluetooth SIG database, this device has two model numbers –  G1007 and G1008. Actually, the charging case has nothing to do with Bluetooth, thus it is not available on the Bluetooth SIG database. On the other hand, only the charging case deals with wireless charging, thus, the G1013 model number is probably for the case. The G1007 and G1008 numbers probably represent the left and right earbuds.

While the likes of AirPods Pro, are capable of between 1W and 2W wireless charging, the Pixel Buds can receive up to a 5W wireless charge. Another interesting part of this listing is that Google usually registers its devices on the Wireless database after launch. This could probably suggest that the 2020 Pixel Buds are closer to launch.

Perhaps, Google wants to surprise its numerous fans with an early release. Nevertheless, with Google I/O 2020 conference canceled, the company will have to hold alternative event to release its devices. What do you think about the Google Pixel Buds 2? Will it be on par or surpass other flagship earbuds in the market? Let us know your thoughts about this device in the comment section below