Samsung’s Galaxy A31 has been under the rumour radar since November 2019. Now, one more time, the device has surfaced on the web, courtesy of a Geekbench listing, first spotted by NashvilleChatterClass revealing some of its specs.

As per the Geekbench listing, the yet unannounced Galaxy A31(SM-A315F) will be powered by a MediaTek MT6768V/CA (Helio P65) octa-core processor clocked at 1.7 GHz. The model benchmarked sports 4GB RAM but there could be other variants as well. As for scores are concerned, the smartphone garners 349 points in single-core test and 1291 points in multi-core test. Lastly, the phone will run Android 10 out of the box like any other new devices launching this year. 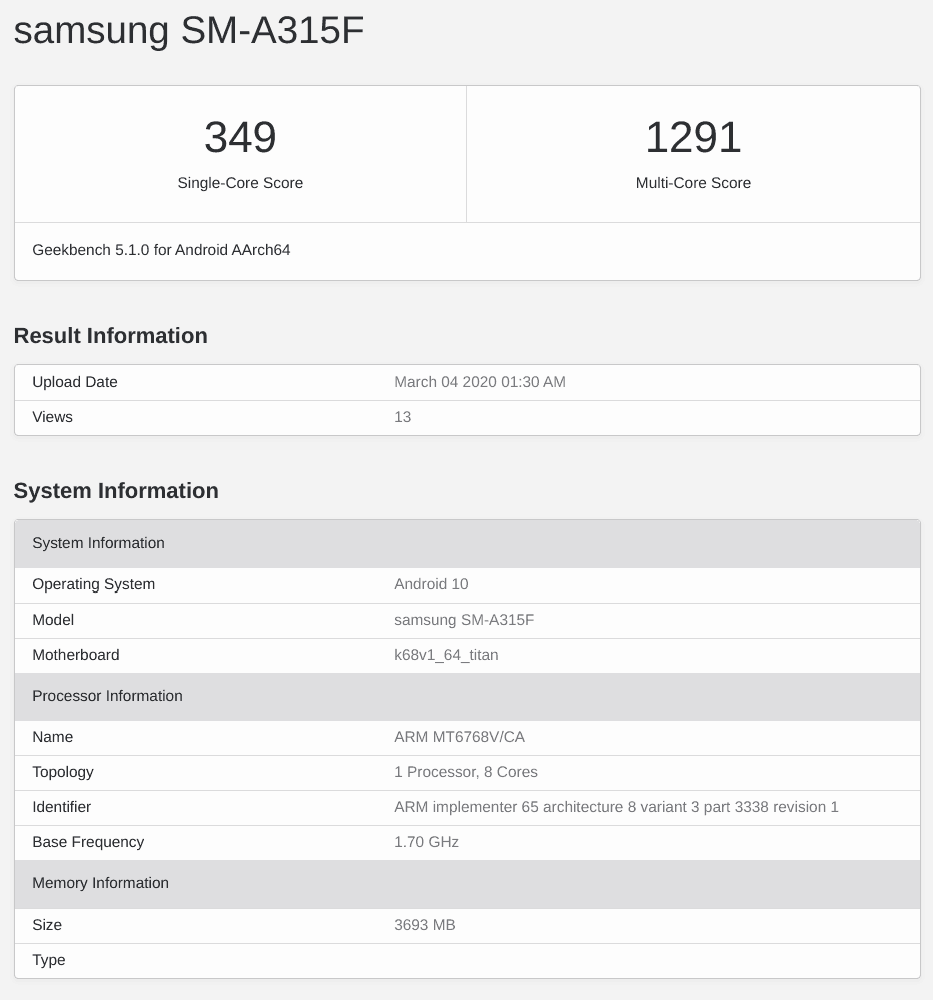 According to previous rumours and leaks, the Galaxy A31 will sport 64GB internal storage in the base variant rather than 32GB on the Galaxy A30. Also, it is expected to arrive with a 48MP (primary) + 5MP (macro) dual-camera setup, a vast improvement than its predecessor. On top of all, a huge 5,000 mAh battery will be running the device when it goes official.

That said, display specs are still unknown at the moment but hoping it to be a 1080p screen unlike the 720p screen on the