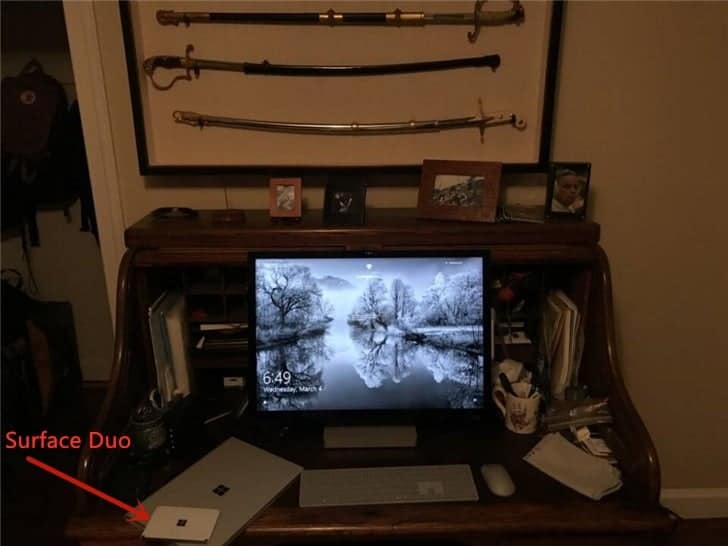 Now, due to the current Coronavirus outbreak, Microsoft advised its employees to work from home. That’s what caused Microsoft’s senior director – Frank Shaw – to post a photo of his temporary “home office” over on Twitter. Lo and behold, the Surface Duo was right there, in bottom left corner of the photo. Does that mean the device is ready for mass production? We can’t really say for sure. What’s quite certain though, is that there are working samples out in the wild. So, the final product might be around the corner.

According to previous report, Microsoft has experienced a long and arduous journey to develop the Surface Duo. The product was originally planned to be released in 2018, but then Microsoft abandoned the Windows mobile operating system, leaving the device stranded. 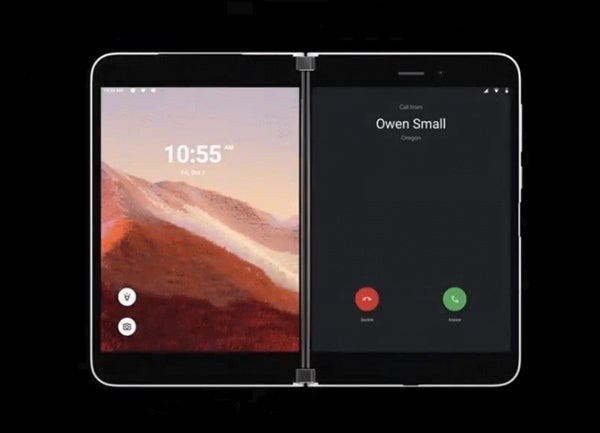 As for the specs, the foldable is equipped with the older Qualcomm Snapdragon 855 CPU; along with 6GB of RAM and 64GB of internal storage. But there could be other RAM and storage variants in the future. It is worth noting that Surface Duo does not support 5G connectivity.Which is somewhat off considering that most flagship phones launched recently feature support for the next generation mobile network.

Microsoft’s upcoming folding tablet won’t probably bring most of the fancy features we see in high-end phones nowadays. These include the just mentioned 5G support, a multi-camera setup  a Snapdragon 865 CPU, fast LPDDR5 RAM and much more. Will that keep many users from buying one? Well, we’ll only know when it finally comes out!