Android is the most popular mobile platform and, as a result, the most vulnerable. Its market share is a record high, and developers and attackers are trying to create malware that allows hacking devices. A skilled hacker can gain access to all confidential information and can even track movement and conversations. In this, they are helped by “holes” in the operating system and third-party applications. 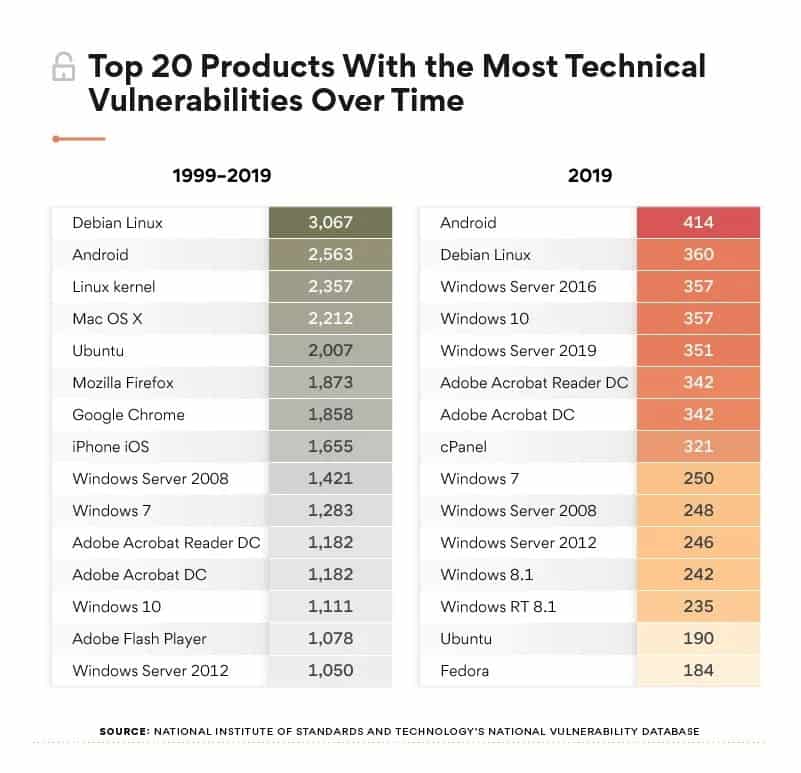 Experts agree that the “root of evil” is far from the operating system itself, but those applications that gain access to system files. In addition to the hardware components. For example, a recent major exploit that has affected millions of Android devices is due to flaws in the firmware of the MediaTek chips.

For its part, Google has a commitment to improving the security of the green robot by regularly releasing security patches. The company also believes that the number of security problems fixed in the OS is not an indicator of platform security. This is actually the result of the open nature of Android, but vulnerabilities like these are one downside. This is also why Apple’s iOS wasn’t on the list.

It is worth mentioning that Google has recently corrected 71 Android security flaws in its March 2020 patch. The Mountain View company has fixed 48 breaches related to chips provided by Qualcomm. The bulletin also mentions several flaws related to unlocking by fingerprint and the USB connection of Android smartphones.