From a survey by the National Institute of Standards and Technology, Microsoft has been the most vulnerable company in the past decade.

Microsoft the most vulnerable, but not Windows 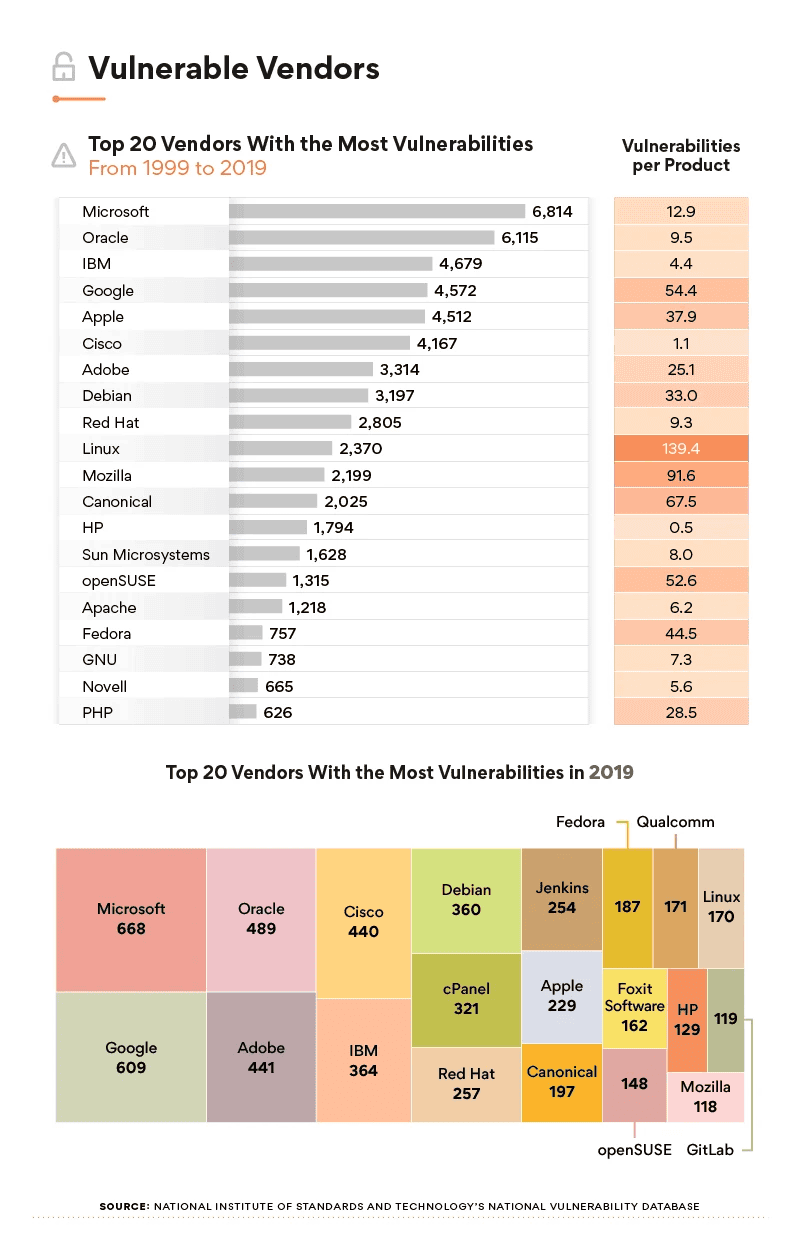 Although it is the most vulnerable, it does not mean that Windows is too. This is despite being the most popular desktop operating system. Over the past decade, Windows has ranked ninth and tenth in the most vulnerable OS – led by Linux, Android and macOS. Even in 2019 Windows occupies only the third and fourth places behind Android and Linux. 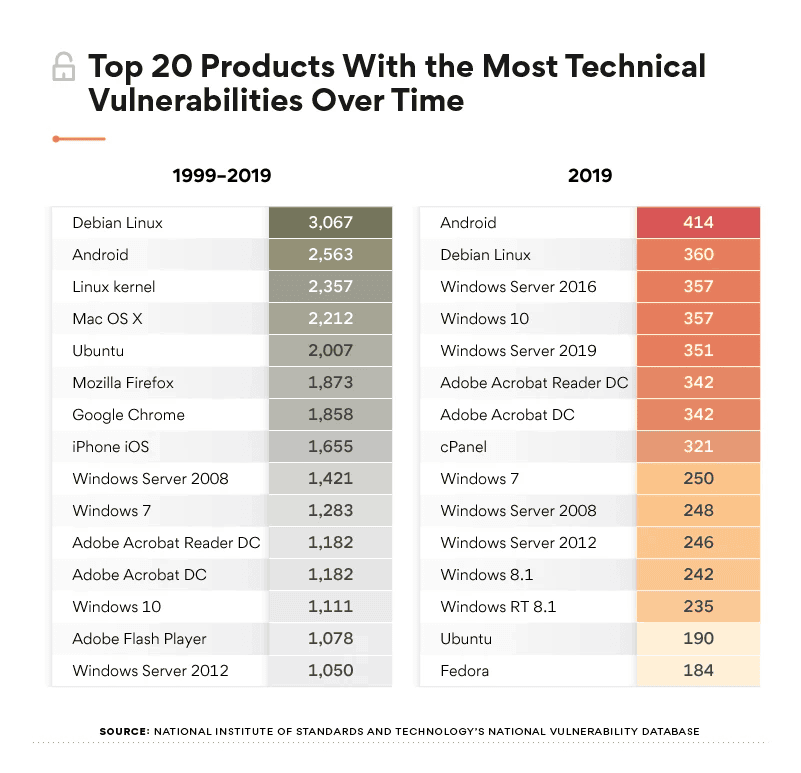 Despite this, Windows 10 suffers in the past weeks from bugs and problems after installing the latest updates. The recent example is the Windows 10 update KB4535996 that, among other things, solve problems related to the search function of the system and improves the passage from laptop/tablet mode. Bad luck, the update in question also causes big bugs among some users. Blue screen of death, PC that refuses to start … After having suffered a similar problem earlier in the month, Windows 10 continues to struggle.

It is worth mentioning that the American company continues the work of modernizing its OS. After starting the deployment of new icons for its applications, Microsoft is preparing a new interface for the Windows 10 Start menu.

The menu interface, which also plays on the effects of transparency, will also highlight the new icons of applications whose deployment has started with some users in recent days.

What do you think of this data? Do you feel safe using Windows? Write your opinion in the comments.