Recently, the Iranian government released an app that claims to detect the new coronavirus. Interestingly, the app was officially removed from the Google play store shortly after its release. However, it had a massive 4 million downloads before the removal.

At present, Google did not give any explanation for removing the app from the Play Store. However, there are reports that the application has been taken down because it was misleading. The general belief is that the new coronavirus can not be detected by an app.

Coronavirus detection app does not show any malicious behavior

To verify the allegations, Lukas Stefanko, an Android malware researcher at ESET (Leifeng.com (public account: Leifeng.com): a well-known computer security software company) conducted malicious or spyware behavior review of the app. However, from the analysis of the application’s APK, it turns out that the app is not a malicious Trojan or spyware.

AC19 does not contain any suspicious behavior, and like other regular Android applications, this application has the right to request access to location data. In addition, as a health-related application, the request (possibly pointing to a mobile number registration) is not misplaced. 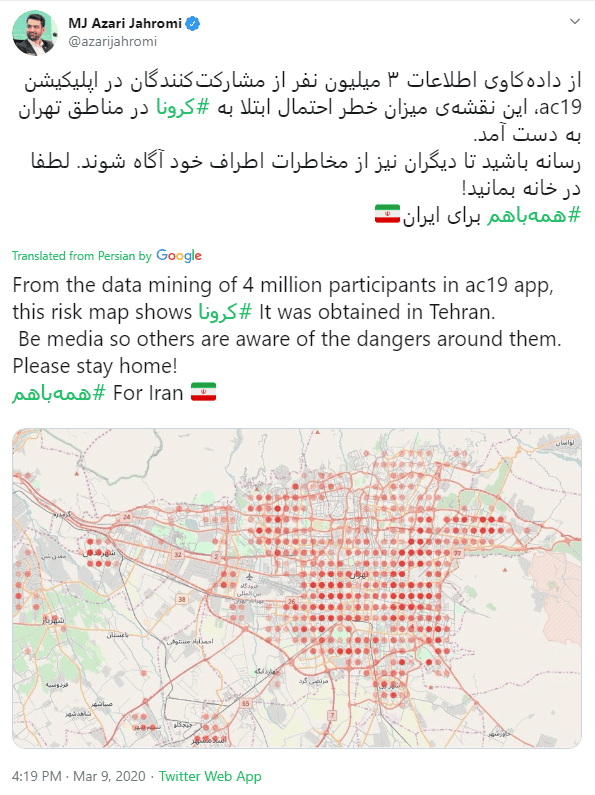 Even though AC19 is currently proven to be “clean”, in terms of Smart Land Strategy’s previous records, many Iranian users believe that this is a trick by the government. According to a tweet from Iran’s Minister of Information and Communications Technology, MJ Azari Jahromi, more than 4 million Iranian users have installed AC19. In addition, the app is continuously being uploaded to remote backends of Iranian government agencies. Even though AC19 is no more on PlayStore, the application can also be installed through a proprietary website.

Next Google reveals the Pixel 4a price on a billboard, because why not?

Free AirPods for teens that get vaccinated in Washington D.C.