HMD Global, the Finnish brand behind Nokia’s revival is among the fastest-brand to deliver Android updates. Worth noting that most of Nokia phones are part of Android One. That means, at least in theory, that they’re running a vanilla-like Android. Despite the company’s efforts, there’s no way to prevent COVID-19 from changing its original Android 10 roadmap. The new coronavirus outbreak is forcing several companies to ask their employees to work from home. Juho Sarvikas, states that HMD will maint its status as the fastest-brand to update its phones though.

You can check the new timeline, it brings several differences in comparison with the previous roadmap published in August last year. 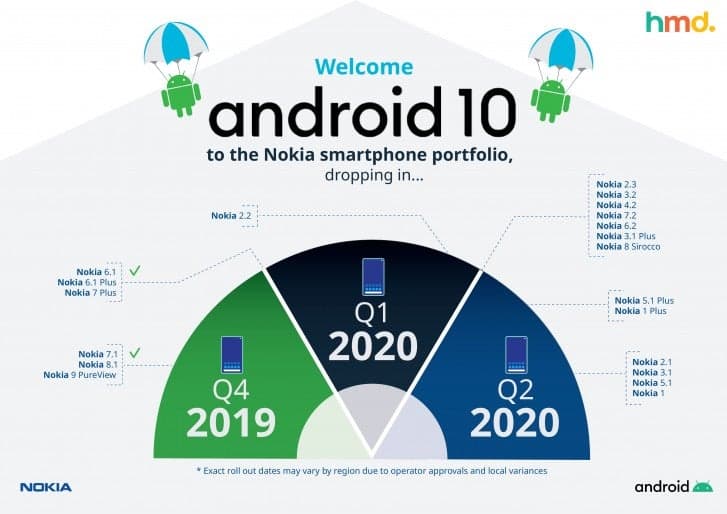 Despite the company’s effort to provide faster updates to most of its smartphones, with the launch of newer models every year, it’s hard for them to keep the old devices. Most major companies nowadays only provide an 18-month cycle of updates.

Next Galaxy Tab S6 Lite passes through NCC in Thailand