After the downturn in February, Chinese smartphone manufacturers collectively released new models in March. In addition to the new Huawei P40 series that should come on March 26, Honor will also release its first smartphone in 2020 – Honor 30s.

Today, Honor President, Zhao Ming confirmed that they will release the first Honor new product Honor 30s soon. And it will debut with the new Kirin 820 chip.

Earlier, some users took photos of the Honor 30s on the Sprite bottle. It directly exposed the appearance of the new machine. As we can see, it uses a design of the rear matrix lens + gradient back cover. 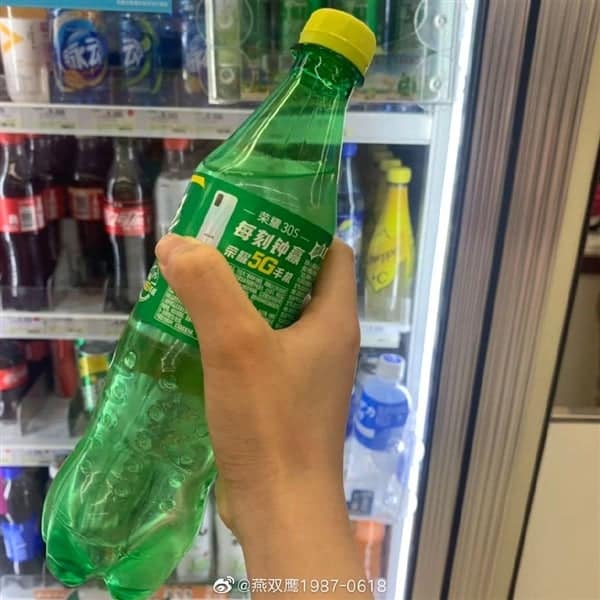 The Honor 30S may bring a huge impact on the competition of the flagship entry-level phone niche. Moreover, it should become a big player in the 5G market. Leading technologies such as chips and Huawei’s scalpel-like accurate segmentation, make Honor 30s become one of the biggest variables in the smartphone industry in the near future.

The market for smartphones in 2019 is down. And the entire Chinese smartphone market has fallen by nearly 10%. However, even in such a situation, Honor still relied on strong brand potential to achieve contrarian growth. 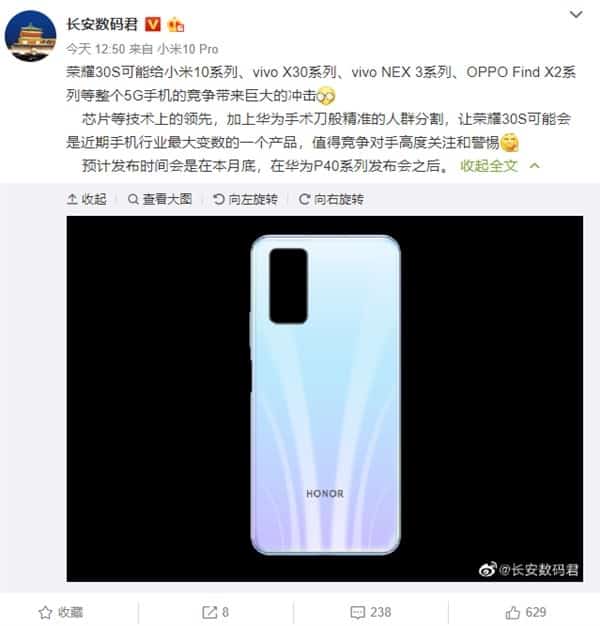 On March 9, Zhao Ming revealed on Weibo that since the resumption of work in February, Honor’s online and offline markets have grown rapidly every week. At present, online and offline daily sales have far exceeded the results of the same period last year.

As the vanguard of the Honor 30 series, the Honor 30s presents a huge challenge to the existing competition in the market. One of its greatest strengths and core competitiveness is Kirin 820.

As everyone knows, last year Kirin 810 was a ‘leapfrog chip’, which directly changed the market competition pattern of mid-to-high-end smartphone chips.

In the mid-to-high-end chip camp, the Kirin 810 shows stronger CPU, GPU, and AI performance. It has brought the outstanding market performance to Huawei and Honor’s multiple phones. Compared with competitors Snapdragon 730 and MediaTek P30 in the same period, the Kirin 810 has won overall in terms of CPU, GPU performance and AI computing power.

We also have reasons to believe that the arrival of Kirin 820 will once again change the current competitive landscape of the mid-to-high-end 5G smartphone market.