Yesterday, the RedMagic 5G was officially released. The new gaming phone is the world’s first smartphone with a 144Hz refresh rate screen. The display is also quite large at 6.65 inches and it sports what’s called a “super competitive” AMOLED technology. 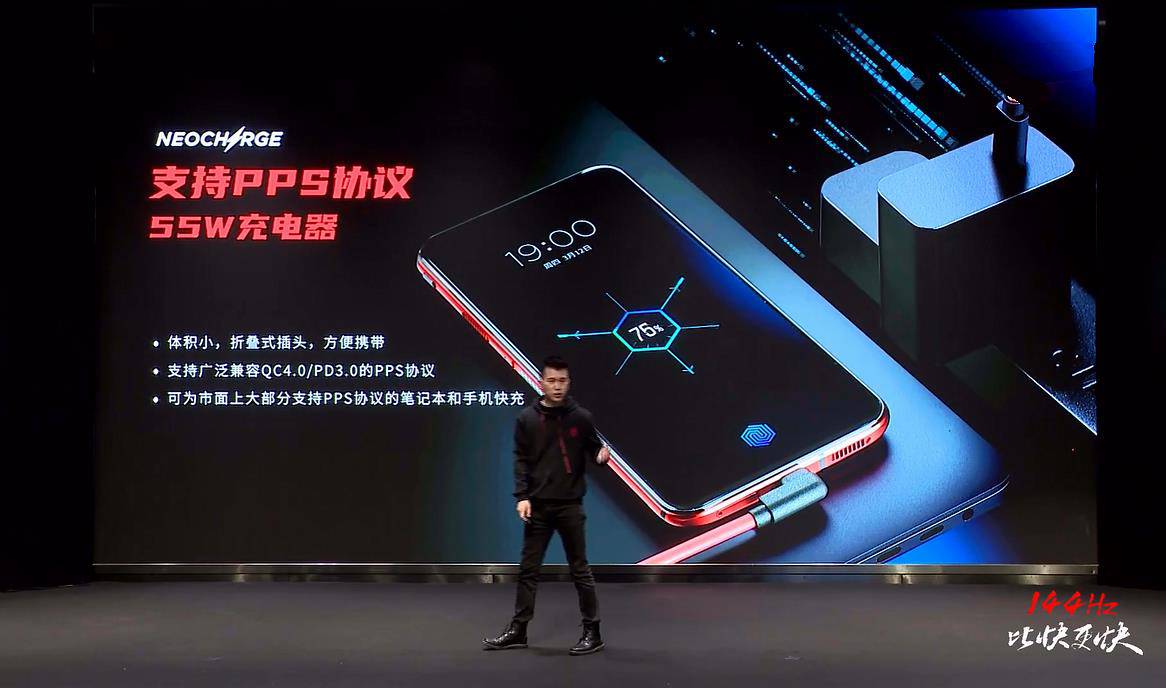 The smartphone supports 10A high-current 55W fast charging for some really quick charging. More specifically, the device can be charged to 56% in just 15 minutes, while it takes 30 minutes for it to charge to 90% and 40 minutes to charge to 100%. How can it achieve so fast charging speeds? RedMagic say it’s because of the built-in 15,000 rpm air-cooled turbine cooling fan. With the blessing of the air-cooled turbine, the RedMagic 5G can maintain high-power charging for a long time, thereby allowing it to fully charge in a shorter time.

That’s also why along with the smartphone, RedMagic released a 55W charger that supports QC4.0 / PD3.0 PPS fast charging standards. The fixed voltages at which it runs include 5V3A / 9V3A / 12V3A / 15V3A; while PPS (Programmable Power Supply) voltages includes 3.3V-11V5A. Most laptops and mobile phones on the market support the PPS protocol to provide fast charging. Th RedMagic 55W charger will be sold for 109 Yuan ($15). 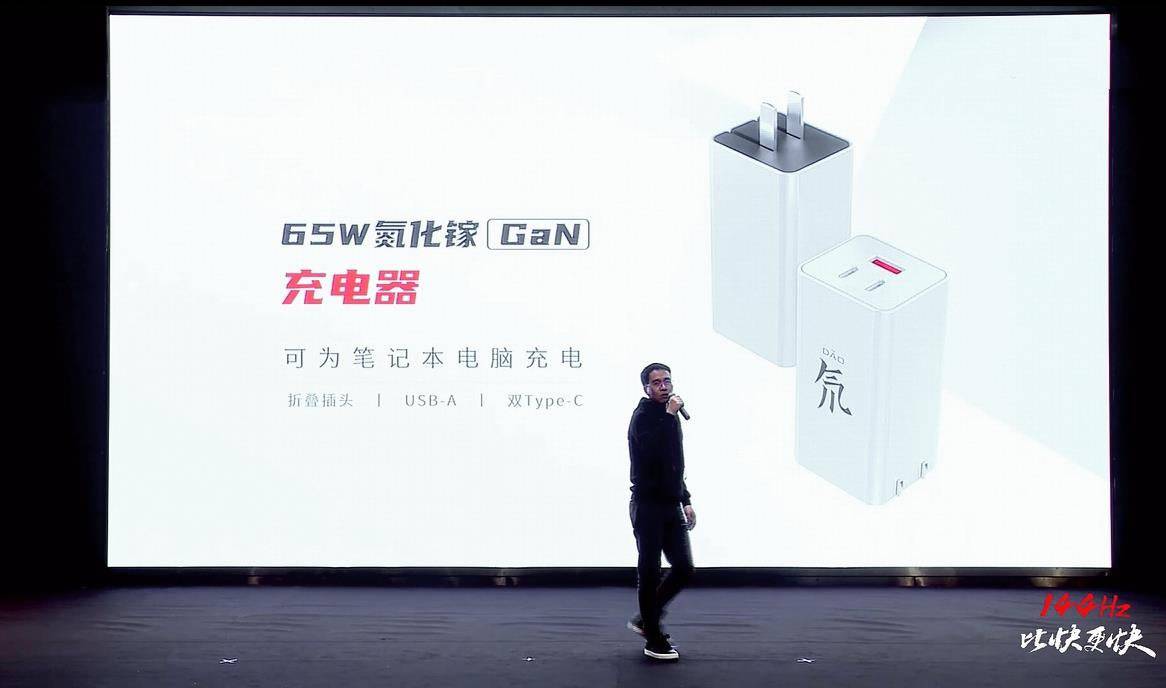 Additionally, at the press conference, RedMagic also launched a 65W gallium nitride charger called “Deuterium Front”. RedMagic Deuterium charger comes with two USB-C PD output interfaces and a USB-A fast charge interface. So, no matter whether you have a new or old device, you can charge up to three of them at the same time. The 65W output can also provide power required for mobile phones, tablets and notebooks. Finally, there’s a foldable pin design for travel convenience and there’s a Red USB Type-A port beneath the two USB Type-C ports that make it look like it has a tongue. The RedMagic 65W Deuterium will sell for 169 yuan ($24).

On a side note, the RedMagic 65W charger isn’t the only one gallium nitride technology; but it is the first with multiple charging ports. The previously launched OPPO 65W and the Xiaomi 65W do indeed only have one output interface.