After releasing a Galaxy A10s in mid-September 2019, Samsung has just announced the Galaxy A11 today in non-ceremonious fashion. Being the most affordable A-series device, it still isn’t the first one to launch though. The Galaxy A51 and Galaxy A71 have the honour of that title. Black, white, blue and red are the four colour editions of the smartphone. Prices have also not been announced yet but the company will be revealing that soon in the coming days. 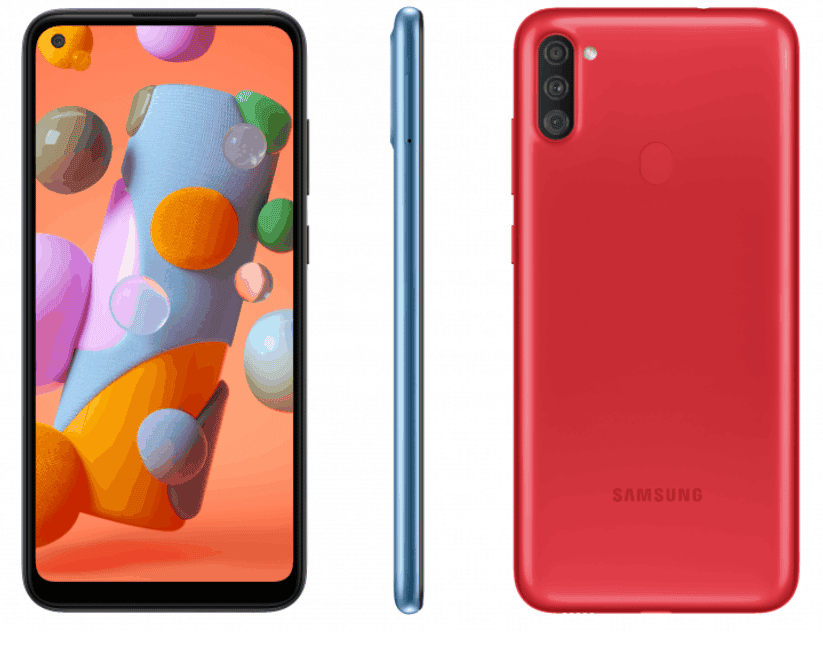 Coming to cameras, the front houses an 8MP f/2.0 aperture selfie snapper while the rear setup consists of a 13MP main shooter, a 5MP ultra-wide lens, and a 2MP depth sensor. The Galaxy A11 is backed by a 4,000mAh battery. It also carries support for 15W fast charging and the back panel of the phone has a fingerprint reader. There are a lot of blanks obviously in the spec-sheet and Samsung hasn’t quite filled them up with its press statement as of now.