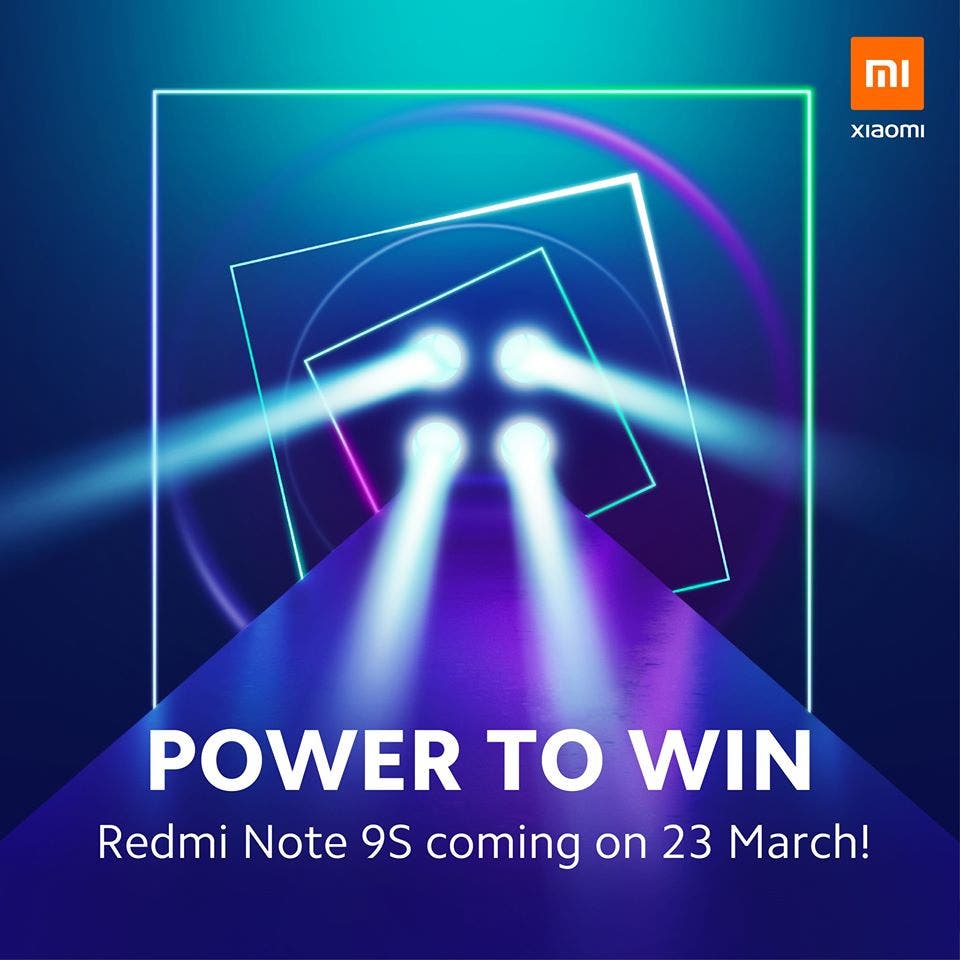 Looking at the poster/teaser image, this smartphone feels more like a rebrand of the Redmi Note 9 Pro. The image shows that this device will come with a square-shaped camera module with four camera sensors. However, another image fro Xiaomi’s  Facebook handle confirms the phone will have a center punch hole camera. Recall that last year, Xiaomi also had a Redmi Note 7S model which is a version of the Redmi Note 7. The only difference was the higher camera (48MP) on Note 7S while Note 7 uses a 12MP primary rear camera. Thus, this is not the first time that Xiaomi will be releasing a device with the S suffix.

According to speculations, the Note 9S is technically the same as the Note 9 Pro. Thus this smartphone should come with a 6.67-inches IPS LCD display with 1080 x 2400 pixels screen resolution. Under the hood, it will have an octa-core Snapdragon 720G SoC with up to 6GB of RAM and 128GB internal storage capacity.

Xiaomi Malaysia is also giving out a new phone for FREE. However, you will have to partake in its new competition for the device. Do the following to enter

Please note that this competition started on Friday, the 13th of March. It will be active till March 30th.

Previous Redmi Note 9 Pro Series may not launch in China